Night Stalker is a Player Character in a DC Heroes superhero tabletop role-playing game campaign run by our contributor Eric.

If you were thinking about the old Night Stalker TV series and novels, you’re actually looking for the Carl Kolchak character profile.

Dorian Mattocks was a Sergeant in the United States Army. He was assigned to the 160th Special Operations Aviation Regiment (SOAR) “Nightstalkers” as a reconnaissance and demolitions expert.

Upon his promotion to Staff Sergeant, he was reassigned to Top secret Project security details. He is now a Sergeant First Class.

Mattocks was detailed to Project Gossamer. This was a research initiative developing light-bending stealth systems.

However, SFC Mattocks was caught in an explosion. One of the project’s research scientists had failed to contain a high energy light refraction experiment. Thousands of shards of ionized prisms penetrated the Sergeant’s body.

Mattocks awoke in a hospital, covered in bandages, to the sound of gunfire. His Nightstalker training kicked in. He left his hospital room to serve his country as he had been trained to do. The sarge grabbed whatever gear he could find along the way.

If only he hadn’t been medicated. 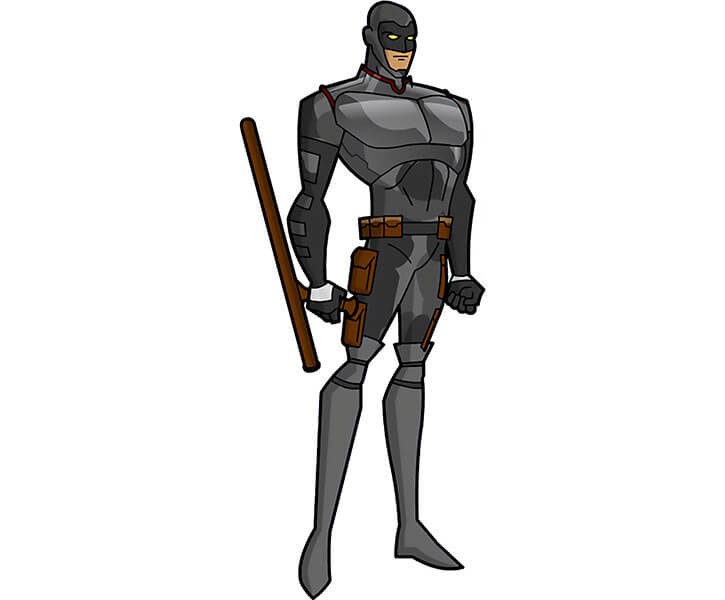 One of the enemy soldiers got the drop on him. He didn’t recognize the insignia on the trooper’s uniform, but he was sure he was done for. He’d been caught, flatfooted and unarmed, in a basement hallway with no exit in reach.

His only chance was to rush his attacker, which he did, diving headfirst in a suicidal attempt to take his attacker with him.

He kept drifting downward until he dropped through the ceiling of a maintenance tunnel. It was dark, but, somehow, that didn’t seem to bother him. Somehow, he could see just fine.

It was two days before Mattocks escaped the tunnels. Officially, he had been captured and imprisoned in the maintenance tunnel by the “terrorists” who had attacked the hospital.

He never did find out who they were, nor did he ever discover to whom the Matter Resonance Harness belonged or who had created it.

The desk jockey is on you

SFC Mattocks now works in an administrative capacity. It is highly unlikely that he will ever see action with the Army again.

But Mattocks’s story doesn’t end there. He knew that there were those who stalked the night whom the police and the military couldn’t catch. And he knew that there was something that he, personally, could do about it. For that freak accident that had placed him in the hospital had also given him the ability to bend and alter light by force of will alone.

Dorian Mattocks spent months learning how to effectively control the light around him. Now he’s perfected it, and while Sergeant First Class Dorian Mattocks might not be able to wage a campaign against such criminal elements, the Night Stalker can.

And so he stalks the night, weeding out corruption and terror wherever he finds it, bringing criminals to justice because he’s the only one who can.

Night Stalker was originally presented as an example of Eric’s customised character creation system. This here version is adapted to the WORG notation and usage, which means the stats are subtly different.

To see the original version, you can check our Unpublished on WORG article.

By Eric Young and Eric Langendorff.