His armor is an incredible piece of work. It’s an armoured battlesuit composed of kevlar/boro and silicate-oriented fibre in ceramic matrix, with 2 layers (8mm and 16mm thick).

The cloth is composed of micromail titanium nitride, with a wafer-thin LED casing that allows the suit to camouflage itself within its surrounding (in DC Heroes RPG terms, Thief (Stealth) and MS (cammo)). The suit hydraulically enhances his strength, speed and leaping ability.

The arms of the armour carry : 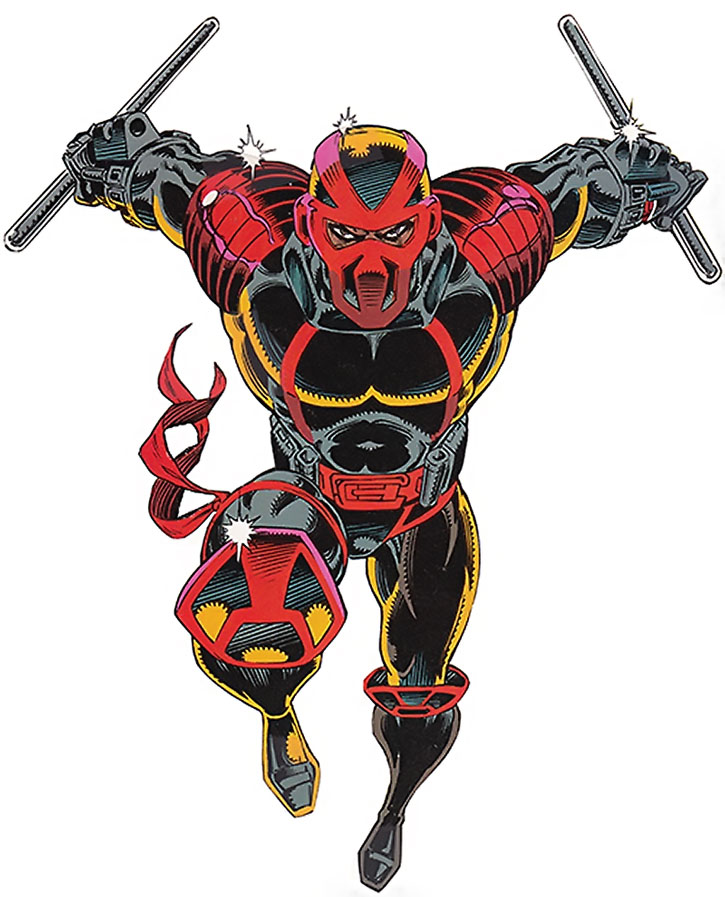 The backpack includes a micro-Uzi machine pistol, a retractable glider chute and a powerful computer. The belt carries plastique, napalm and cordite charges, as well as packs with ball bearings and caltrops.

He has a skateboard on his board, which doubles as a snow surfboard, and can be affixed as a buckler on his forearm . The board also has a retractable blade in the front. That’s about it AFAIK.

Dwayne’s parents were killed when he was young, leaving behind an enormous charitable organisation, the Taylor Foundation. He was raised by his father’s associate, Andrew Chord, and the old governess, Tai.

Both manipulated him during his whole childhood, as [quotes John Walchle] he was one of several children Tai had manipulated to be born so she could gain control of the mystical powers of some “well” (I want to say “The Well of Souls”, but I think that’s from Raiders of the Lost Ark).

Anyway, she was the one who was controlling Chord and forced him to kill Dwayne’s parents [endquote] ; Dwayne later killed Tai, but reconciled with Chord.

Dwayne’s reaction to the death of his parents was similar to Bruce Wayne’s, and he used his considerable fortune to train himself as a crime fighting, while working at getting richer ; his idea was that he should prevent a similar tragedy to happen to someone else.

Dwayne had a “year one”, during which he worked with the vigilante Midnight’s Fire, and a young woman who would later become his lover, Silhouette. During a problem with the police, Dwayne prevented Midnight’s Fire from knifing a police officer, and Silhouette took a bullet that crippled her. Midnight’s Fire and Dwayne’s relation are now downright hostile. 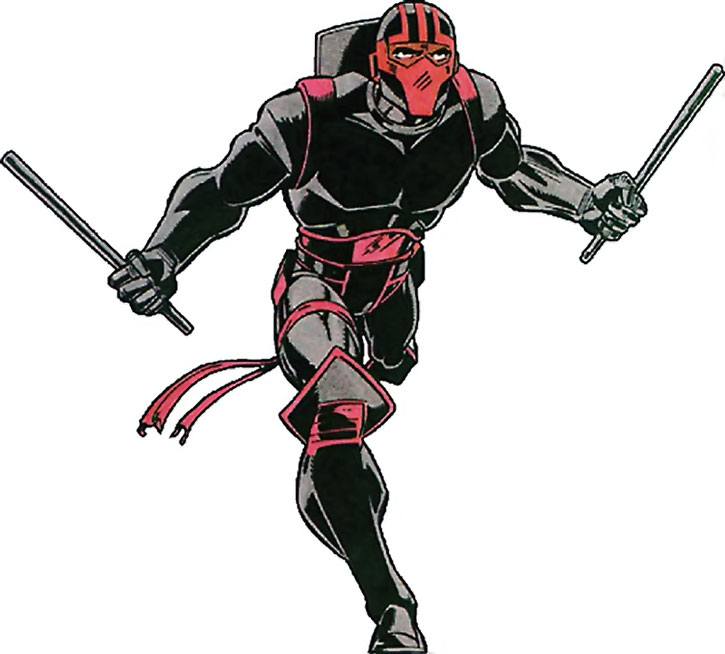 Thinking for the moment that Silhouette was dead, he thought about a new approach, and he and Chord built the Night Thrasher armor. He also formed the New Warriors, in order to have a greater impact. The group was somewhat chaotic, but very dynamic and successful. However, there were recurrent problems between Dwayne and the others, due to Dwayne’s fanaticism.

He eventually got fed up with them and left, fighting his own battles in his own way. One of the themes behind Dwayne has been growing up, confronting his own fears, discovering the nature of power, money, violence and intelligence. And he was never afraid to take on social issues.

Estranged from Silhouette after the appearance of his half brother Bandit, Dwayne left the Warriors completely. He then led Psionex, a team of psychologically unstable teens with psionic  powers. Dwayne and Chord have also become legal guardians of a superhuman youth known as Rage.

Dwayne has also become the secret benefactor of the Warriors, continuing to financially support them in their endeavors.

Night Thrasher and the other New Warriors later teamed up with the Thunderbolts, Heroes For Hire, Spider-Man, Darkhawk, the Swordsman and Magdalene in protecting the city from the Elements of Doom. He also aided Nova and Turbo in combating the worldwide disasters caused by the weather control machines of the Masters of Evil.

Dawyne then decided to give up his life as Night Thrasher to devote his life to his business career.

He couldn’t keep away from heroing for long. Dwayne became an independent hero, giving up his powered armor and relying more on his body and martial arts skills. He aided Iron Fist in a battle with assassins from the Hand.

A black man in his early 20s with an athletic physique, who generally dresses like the businessman he is, with a slightly trendy haircut. The Night Thrasher armor is a light, professional-looking, integrated black armor with full faceplate, and red motifs, including a red bandanna around one tight.

He does not currently wear it, preferring a lighter, unpowered body armor. He later gained a big red scar on his face.

Dwayne is downright intense. He’s a bit like the Year One Batman : extremely driven, but not very experienced yet, and still trying to determine the best approach to crime fighting. He once decided to buy out criminals, which was relatively successful. Early on he had frequent berserk rages and a slightly sociopathic behavior, but that improved.

He’s an aggressive person, who likes fighting (whether it’s physical, financial or verbal), and hates being manipulated (which, unfortunately, he’s been all his life). He’s always been raised to be a fighting machine, on all levels.

The current Night Thrasher is more mature, calmer, and is obviously becoming more and more of a devoted martial artist.

Bonuses and Limitations:
Mind field is Self Only (-2).

Drawbacks:
MIA to Justice, MIA to conflict, MIA to Silhouette, Secret ID. He long struggled with a Minor Rage, but overcame it in the “Four Controls” miniseries.

Source of Character: The New Warriors and Night Thrasher series. 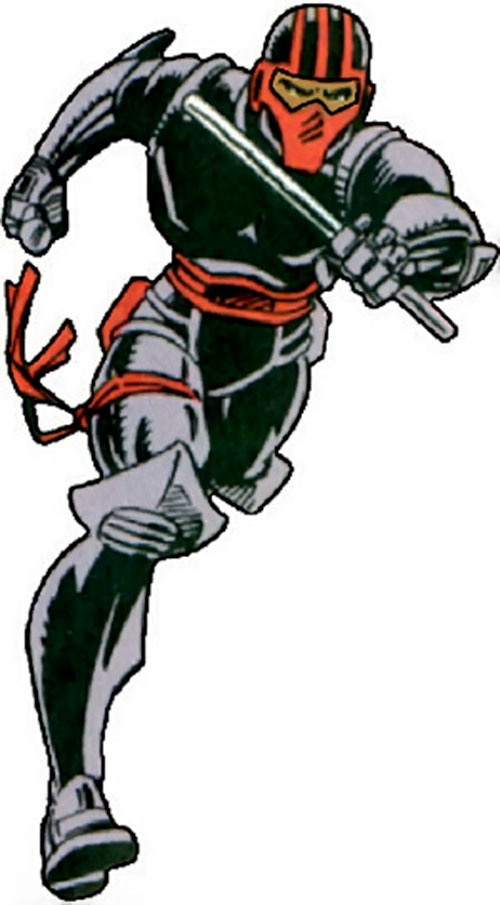 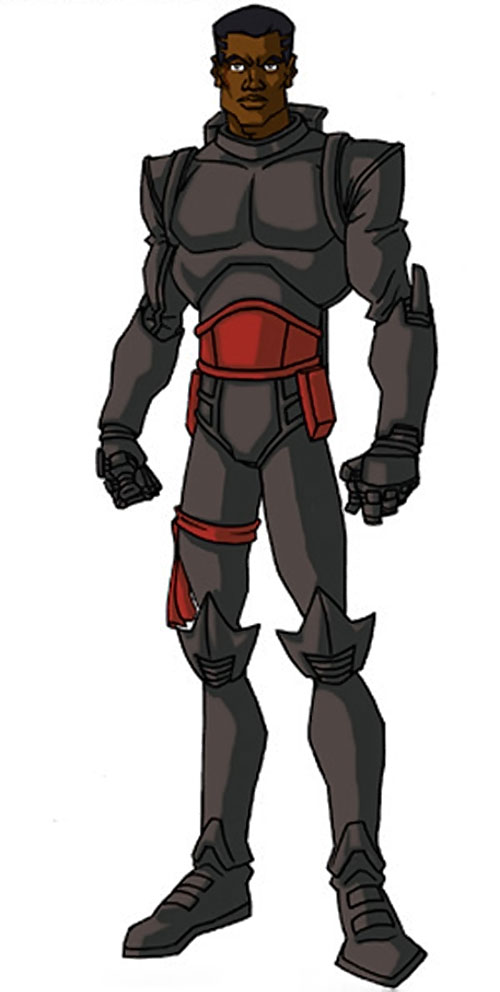 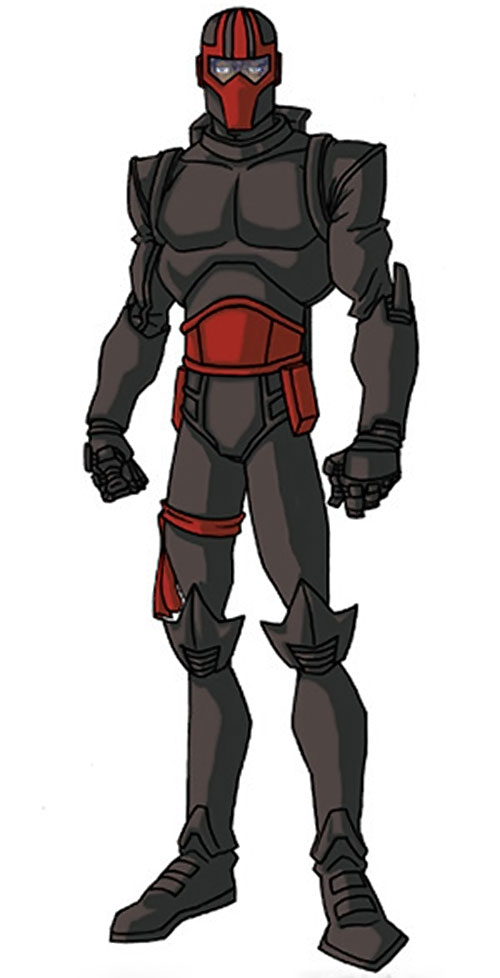 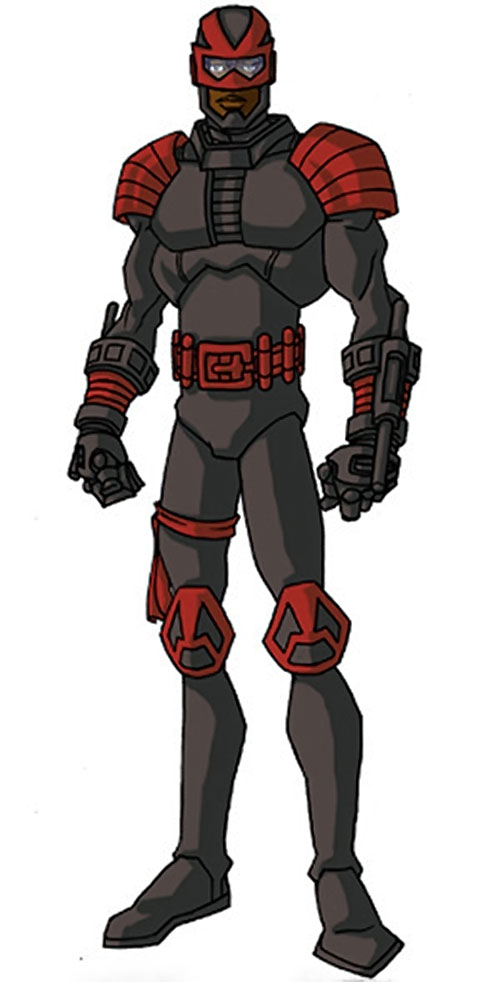 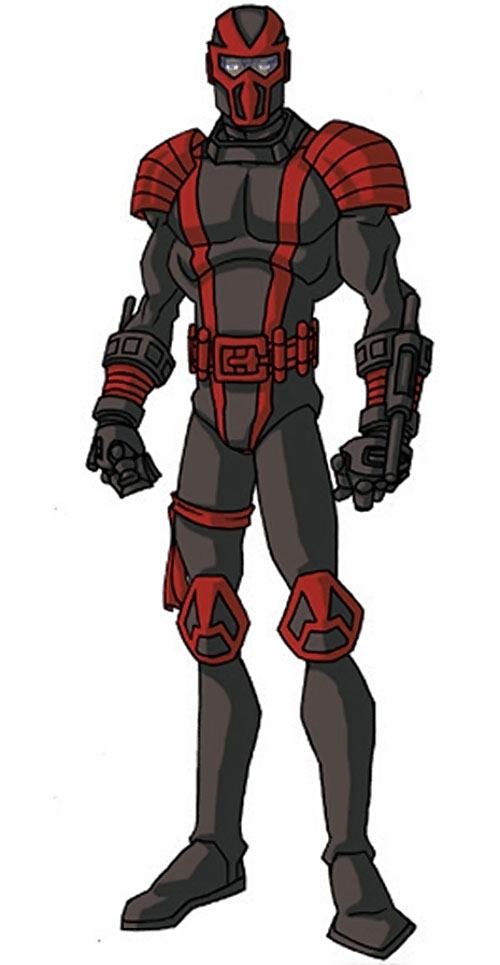 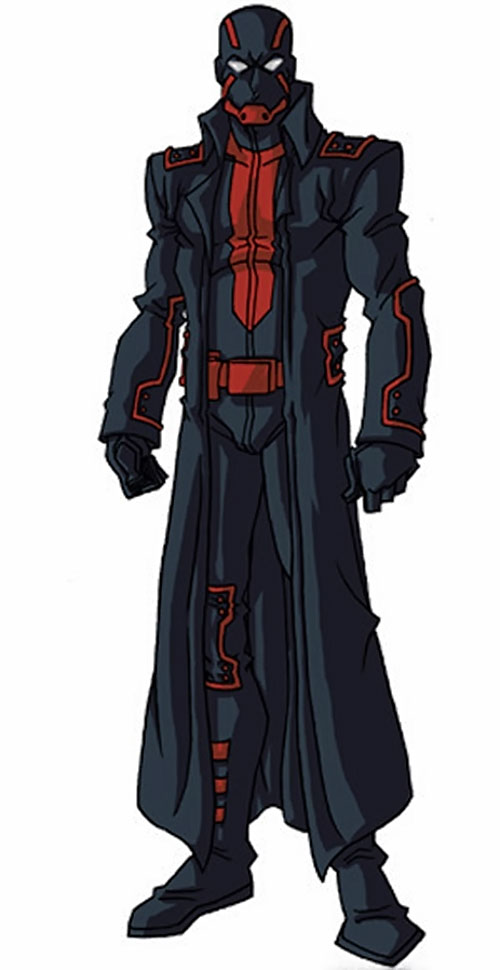