Nightfall can fly and project huge beams of darkness from her hands. Those beams can be about as tall as she is.

Nightfall was also stated to create “a null-field of pure darkness, absorbing all light and kinetic energy in a given area” in a 1986 secondary source .

Those abilities were never actually demonstrated until 2007. Presumably, it took her a lot of practice to fully use her power.

Even then the exact effects are unrevealed, since Black Lightning zapped her before she could fully engulf him in her darkness.

Nightfall is reputedly a former college student, and was part of the original Cadre.

She also was among the large number of female super-villains assembled by the ancient sorceress Circe to attack New York City. During this battle she and Harpi of the Hybrid were seen attacking Hawkman, who had been partially turned into a beast by Circe.

Nightfall later teamed up with Nox (of the New Olympians) to fight Dr. Light, but they were blown out of the sky by the powerful Japanese superheroine.

Nightfall continued to operate with the Cadre. Thus, she was present when they worked for then betrayed Doctor Polaris. Along with Crowbar and Black Mass, she also attempted to avoid deportation to an alien planet. Although they were intercepted by Black Lightning, they apparently weren’t deported.

For some odd reason, Nightfall and Black Mass were also spotted in a crowd when many aliens living on Earth were summoned to Metropolis. Perhaps they were in Metropolis at that point and their alien bracers reacted to the summon due to that proximity.

Nightfall sometimes seems to have a dark skin, but this is presumably a colouring error.

Nightfall is very, very quiet (which makes sense, in a way). This profile doesn’t have a quote because she never said anything. She once uttered a whole two sentences, but that looked like a continuity error.

In combat she’s passive. She usually just hovers in the back without really attacking unless she is ordered to. Nightfall will defend herself if attacked, but otherwise she just… glides around. 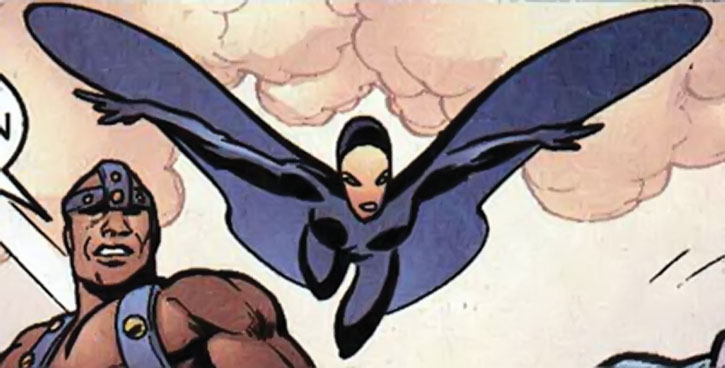 Nightfall has apparently formed ties within the supervillain community. She was spotted at a Christmas event in 2009, mingling with a motley band of villains (Poison Ivy, Weather Wizard, Bizarro, Harley Quinn, the Toyman, Livewire, Mammoth, Copperhead, the Penguin, the Body Doubles, etc.)

* While in the air 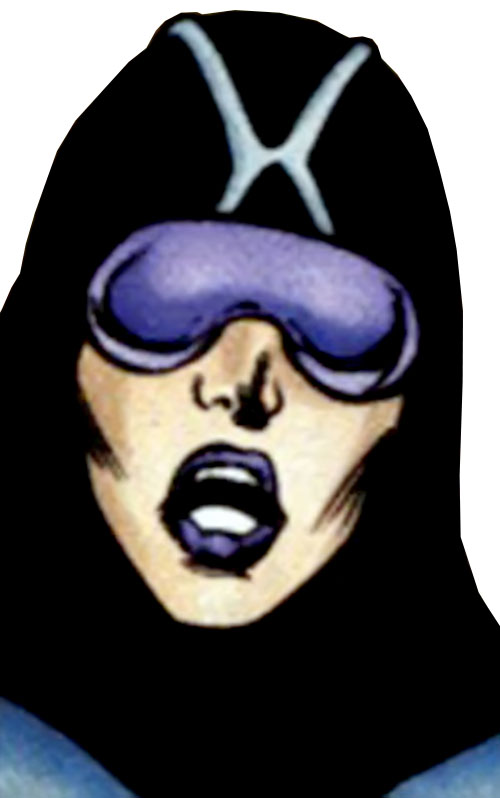 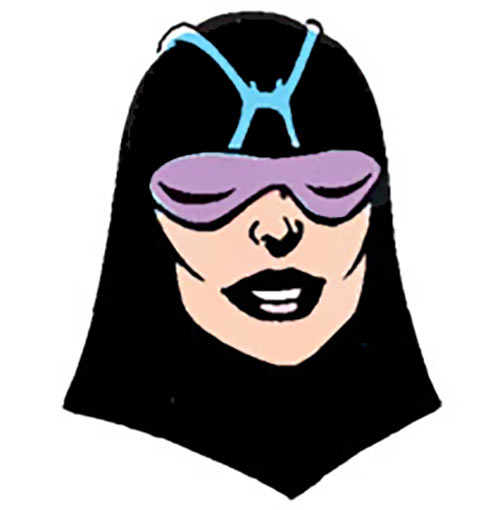 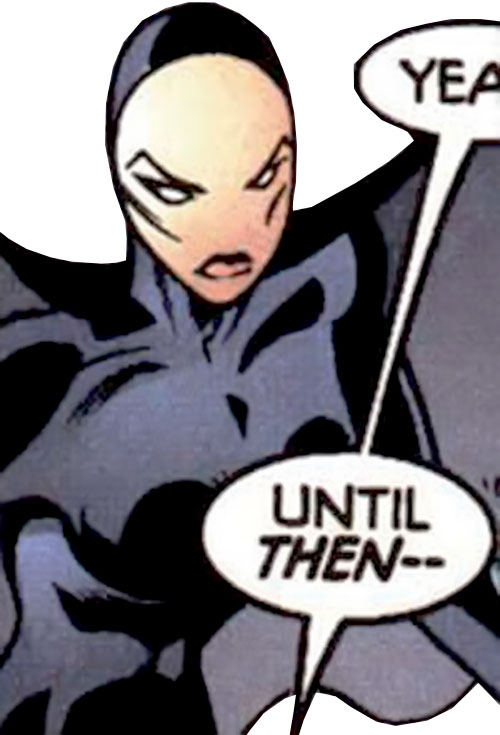 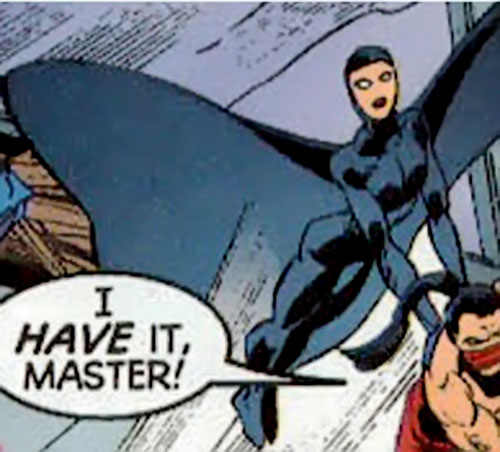 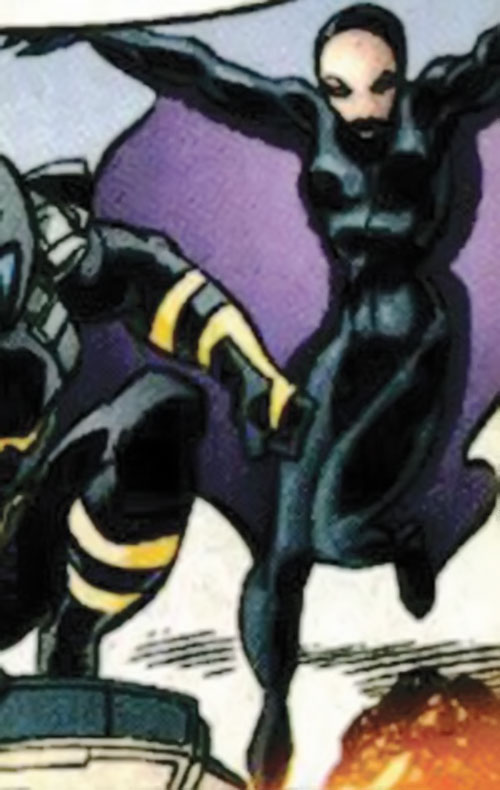