Like the original Nighthawk, Richmond gains superhuman strength as well as greatly enhanced stamina and reflexes during the night, fading to normal athletic levels at dawn. He was an OK adventurer and hand-to-hand fighter.

Nighthawk II wore big red “wings” that were actually a jetpack allowing him to fly for up to 16 hours straight, armed with a pair of laser canons. Another asset was the short, curved titanium claws he wore on his gloves. With his night time strength, they allowed him to shear through common metals.

Kyle Richmond was a rich, spoiled, irresponsible brat with no talent for his studies or anything productive.

During his early 20s, however, a series of events shook him hard enough to straighten him up.

He wisely turned the responsibility of management to the chairman of the board, and started looking for a way to cure his heart.

He happened upon a strengthening alchemical formula that gave him his power, and shortly after that was contacted by the Grandmaster to become part of the Squadron Sinister – counterparts of the Squadron Supreme from an alternate earth.

Richmond was the counterpart of his alternate analogue, Kyle Richmond aka Nighthawk, and thus became known as Nighthawk II. Richmond continued to act not-so-intelligently, and even tried to fight Daredevil to acquire a rep.

He finally came to his sense and betrayed the Squadron Sinister when they launched, along with Nebulon, a planet-destroying plot. He sided with the Defenders despite the odds. The Defenders paid him back by resurrecting him after he was nearly killed in the fight, and accepting him into their ranks.

Richmond suddenly had a place and a purpose, and threw himself in the Defenders. He even became the de facto leader when Doctor Strange started to fade away from the team.

Richmond contributed financially, turned the Richmond Riding Academy into a base, and armed himself with wings and claws. He had to reduce his participation to the team when the siege by the Six-Fingered Hand resulted in him being confined to a wheelchair by day (although fully mobile by night).

After being stalked by the superhuman Mindy William (the girlfriend he had thought dead in the car crash), Nighthawk II discovered a project intended to telepathically strike at the Soviet Union. He sacrificed himself in order to contain the attack and destroy the project.

(Richmond later came back, but IIRC that was after this writeup was done.)

Originally, Richmond was a bored, irresponsible and spoiled kid. He later determined that he wanted to do something for the common good, but had no idea of what to actually do.

He got his act together when he joined the Defenders and actually was a courageous, stoic hero who died bravely to prevent World War III.

Nighthawk I of the Squadron Supreme, of whom Nighthawk II is a duplicate, was intended to be a version of Batman. However Nighthawk II, being two places removed from the original, is distinct enough.

He could have been a part of the ill-fated Detroit League, and thus one of the casualties of the vendetta with Ivo.

Drawbacks:
Loss Vulnerability (from dawn till dusk Nighthawk II loses one AP in both DEX and BODY, two APs in STR and his Lightning Reflexes Advantage. His Initiative thus goes down by three points), Public ID. After the fight with the Six-Fingered Hand, by day he had a CPR (paraplegic). 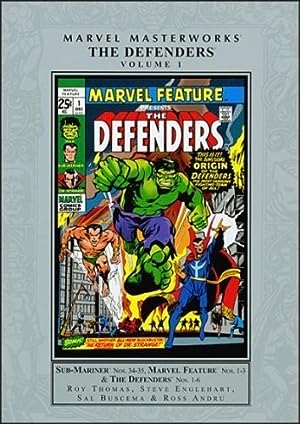 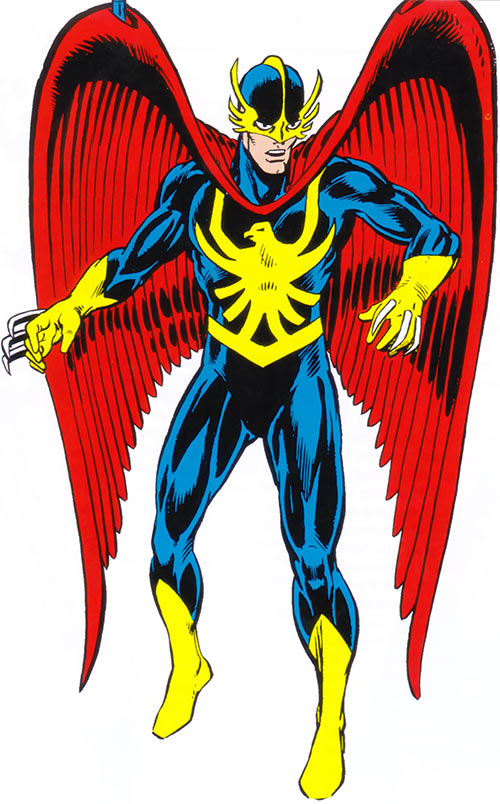 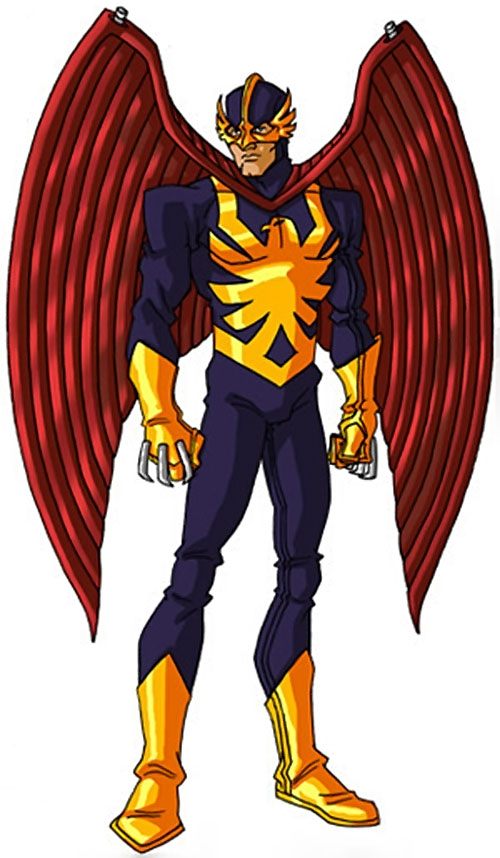 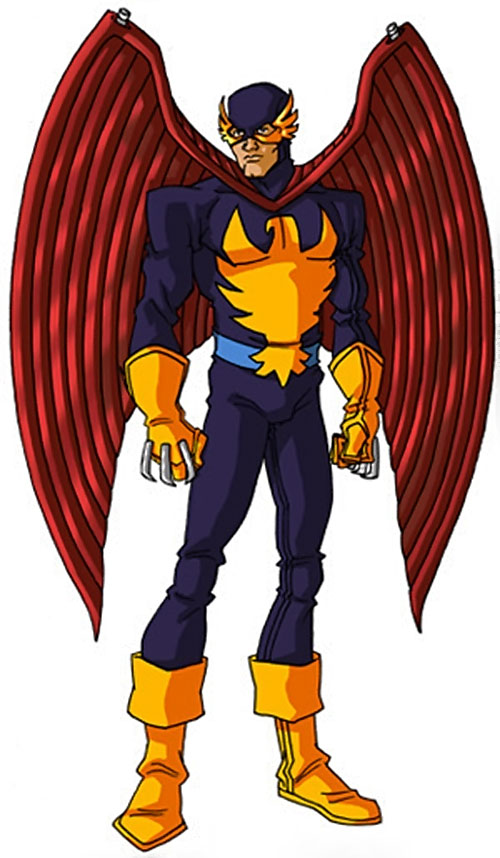