Nightmaster’s principal weapon is the enchanted Sword of Night, also called the Nightsword. Seemingly sentient, the Nightsword somehow guides Nightmaster in how to wield it in battle. It also fills him with unusual, maybe even superhuman, strength.

The Nightsword can deflect magical bolts and “sings” (make a humming sound) when danger approaches. Its touch cause a person to speak only the truth. It is said that only a heroic descendent of Nacht can wield the sword.

Thousands of years ago, in the otherdimensional kingdom of Myrra, there lived two mighty warriors, Nacht and Brom. The king of Myrra ordered Farben, his court magician, to create magical weapons for them. Thus Nacht received the enchanted Sword of Night, and Brom was given the magical Mace of Mists.

Brom plotted with Farben and a band of assassins to murder the king and Nacht (who was loyal to the king). Then, Brom would take over Myrra. Nacht defeated Brom, but Farben magically transported Nacht to Earth. As Nacht vanished, the Sword of Night magically inserted itself in a stone pillar until a descendant of Nacht could claim it.

For a thousand years the Warlocks, who are the descendants of Brom, besieged Myrra with sorcery. The sorcerous attacks caused Myrra’s magnificent buildings to decay and its people to become shriveled and ugly.

Finally, Myrra’s King Zolto, himself a sorcerer, detected a force in the cosmic alignment that made it possible for him to cast a spell to bring a descendant of Nacht from Earth to Myrra. This descendant was Jim Rook, the leader and singer of a rock band called the Electrics.

My name is… Jim

Zolto explained his need for a champion to Rook. He also told him that only a descendant of Nacht, one born to be a hero, could remove his sword from the pillar. Just then a Warlock patrol attacked. The reluctant Rook drew the sword from the pillar and, guided by the seemingly sentient blade, used it to battle the assailants.

Rook still wished to return to Earth. But his fiancée, Janet Jones, had also been brought in the spell that brought him to Myrra. The Warlocks had interfered with the spell and captured Janet. Donning a costume identical to Nacht’s, Rook therefore set out with the Sword of Night to rescue her.

Rook, who became known as the Nightmaster, gained two allies. One was his guide, the albino Boz. The other was Tickeytarkapolis Toutrust, whom Rook simply called “Tark”. He was a giant barbarian bandit with the strength of ten ordinary men. 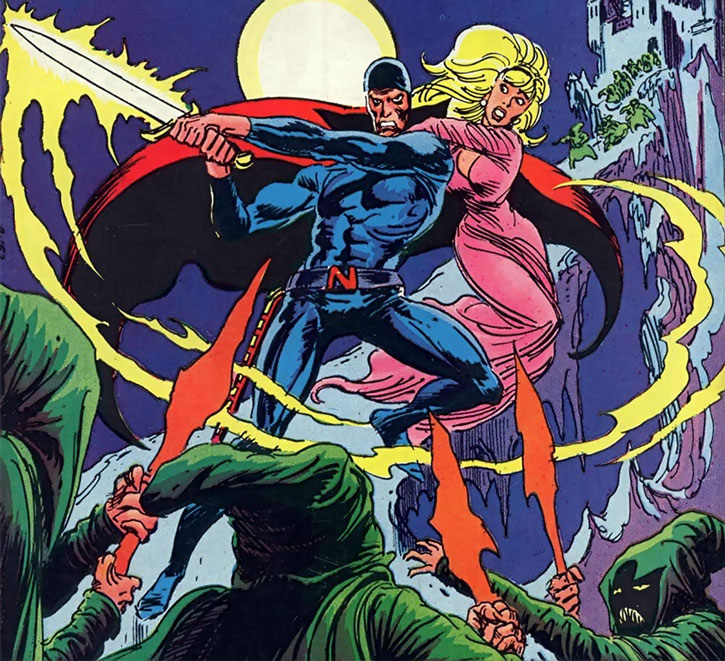 After adventures battling the Warlocks, Rook returned to Earth with Janet and the Sword of Night. Whether they ever returned to Myrra is unknown. However, his legacy was lasting.

Once a proud, majestic realm, Myrra had been turned by the Warlocks into a dark land overrun by evil, unspeakable demons and creatures of the night. Its once proud and handsome people had been deformed and twisted by black magic (some even becoming a new race of hideous, evil demons).

However, with the Warlocks’ defeat at Rook’s hands, Myrra had begun its road to recovery, rebuilding and attempting to renew the old ways and the life they once knew.

For more details and until writeups.org has a full Nightmaster (classic) profile, see this very complete article over at Fanzing .

“I feel like a character from Howard or Tolkien. Pretty soon, though, I’m gonna wake up and find this is a spaced-out dream. And I’m gonna swear off reading sword-and-sorcery sagas !”

The giant barbarian who accompanies Rook has the following stats :

Compiled by Sébastien Andrivet (stats from Atlas, history from Who’s Who). 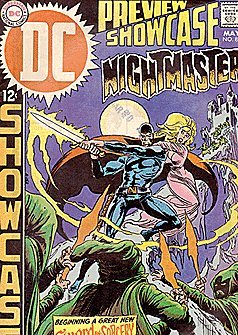 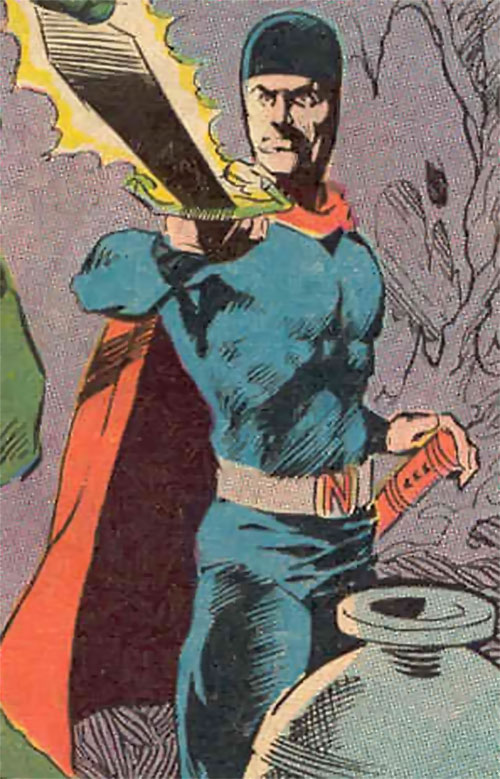 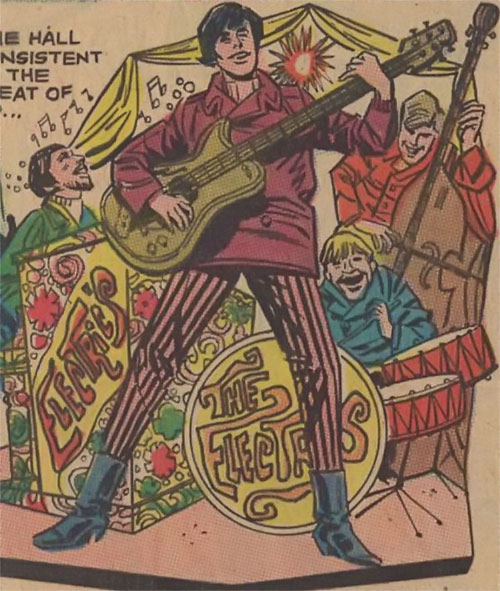