The Rising Sons are a small, mostly low-powered mercenary super-gang. They only appeared in one Generation X storyline, in 1999.

Nightwind is a mutant with Darkforce  powers. She uses it to :

Nightwind is the strong and silent type. She’s very businesslike.

She has an aloof attitude, is confident in her skills and projects a confident and professional attitude.

“You heard my approach. Impressive.” 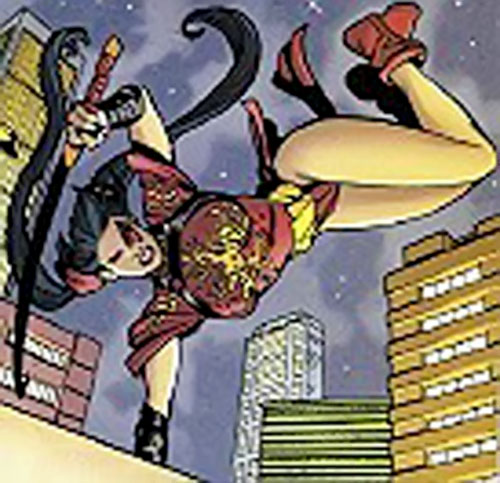