The Apocaloff family’s firstborn sons can transform into werewolves every night. Even in human form, they have night vision and retractile claws.

Nik Apocaloff himself is a skilled, well educated operator. He has a dangerous knowledge of old world secrets, the business world and the underworld.

Nikolai is the first born of this generation of Apocaloff. These are an aristocratic Russian family that fled during the October revolution .

That meant, first, he was a werewolf, like his father, his grandfather and the other firstborns before him. And second, that he received an aristocratic education covering numerous bases. It went from fine tobaccos and wines to Russian martial arts to business.

Seeing himself as being above the populace, Apocaloff drifted through the world, making deals. What he knew and learned made him dangerous to several movers and shakers, and he used that knowledge to make sure they always took the right decisions toward him. He also indulged in two hobbies :

We are the dead of night

When he came to San Francisco, those hobbies led him into a conflict with the Night Man. The nocturnal hero defeated him and had him thrown into prison.

Apocaloff pressured JD Hunt into helping him, and Hunt sent the remote controlled robot Teknight MkI to bust him free. The escape was going alright when a security guard named Eddie Domingo, Night Man’s father, shot Teknight MkI and Apocaloff with a glue canister. As a result, Apocaloff was retaken into custody.

Highly confident and superior, with a noblesse oblige attitude in human form. He’s completely amoral, but certain that the Russians in general and Apocaloffs in particular are superior to other men. He greatly enjoys luxury.

“We feel an aristocrat’s firstborn must not be a layabout ! If one would be called superior, one must earn the right !”

“I’m going to wake up on silk sheets stained with your blood !”

He would probably have an ancestral connection with the Arcane family in the DCU. 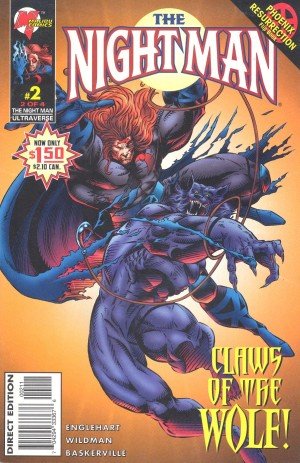