NIL-8 is a combat machine. He is programmed for combat and destruction, and will execute his orders and programming without question.

He is able to function semi-independently, by using a database of “targets,” “non-targets” (or friends), and “potential targets” (based on the hostility level of their actions).

NIL-8 has several large guns built into his frame and is capable of tracking up to four independent targets simultaneously.

It is speculated that NIL-8 was a prototype law enforcement android constructed to combat the New Breed of metahumans and rumblers. It is likely that Mr. Terrific managed to somehow capture the android and change its access codes.

Whether there are other NIL-8 units in existence is unrevealed.

This unit was destroyed during the final confrontation of Kingdom Come.

The android has enormous clawlike hands and massive guns mounted on his shoulders. The only vaguely human looking part of it is the face, which resembles a human skull.

NIL-8 has no personality to speak of, and will simply follow orders and carry out programming. His most common independent action will be the devastating attack.

Advantages:
NIL-8 is a semi-sentient robot. 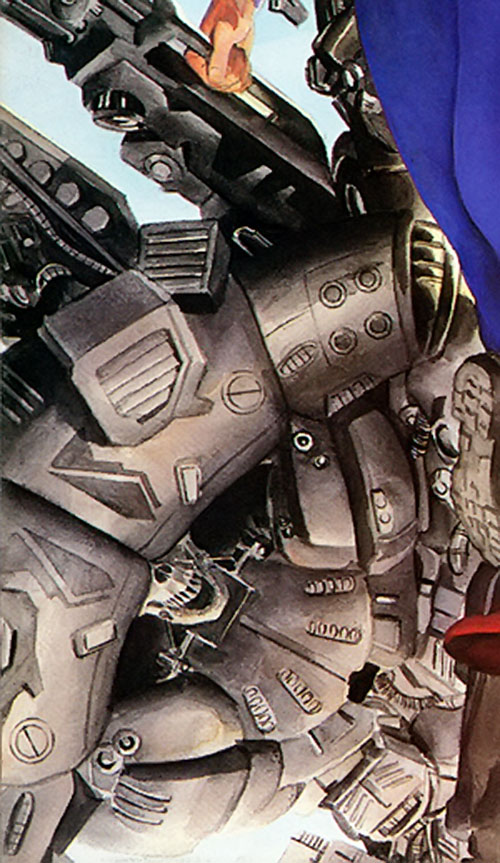