The Mimes have telekinetic abilities which are guided by their miming. They manifest the effect by miming out the appropriate scene. For example, feeling along an invisible wall to create a force shield to protect them from gunfire.

Their torsos are something called Altspace. Meaning that they are insubstantial doorways to pocket universes where they stash weapons. They are easily large enough to hold other humanoid forms. However, the Mimes are susceptible to damage from within these other dimension .

They are trained unarmed combatants, and fond of using blades in combat.

They are also fairly stealthy, and trained in mime.

Their numbers and the origin of their powers have yet to be revealed. But it is established that the Ninja Mimes are hired killers working in the multi-dimensional city of Cynosure.

They had their vocal cords removed, and used as sutures to keep their mouths shut and their eyes wide open.

Five of them were hired to kill Private Investigator Grimjack. He managed to shoot a couple before they could react, but another quickly started an invisible wall. Grimjack pulled the carpet out from under him, but another had mimed a hangman by this point.

One Mime approached him with a vicious-looking set of artificial claws, intent on killing him slowly. But Grimjack managed to throw a thermite grenade into the dimension within his torso. The explosion blew him apart, providing Grimjack a distraction that freed him.

The final two Mimes flanked him with their swords. But when they rushed him, he avoided one, redirecting him into the second’s torso-dimension, before decapitating the second Mime. When the first popped his head out, Grimjack was waiting with a gun.

They all have painted white skin, with black shapes around their bloodshot eyes. They have their mouths sewn shut, and their eyes sewn open.

Taking pleasure in their role as killers, the Ninja Mimes seem to prefer using blades to kill their prey slowly.

They seem to prefer to work in groups, so that they have an audience to appreciate their artistry as they cut up their victims/ Observers frequently applaud a particularly good flourish.

Dispatched to Earth to eliminate the Doom Patrol, the surviving few Mimes were stranded as punishment for their failure. They eventually managed to find work as assassins.

A chance encounter with the Joker left them bemused as they followed him adoringly. That lasted until he got bored of them, killing one and abandoning the others to their own devices.

Apart from the Self-Link (Dimensional Travel {Tesseract}) all their powers are based around their Telekinesis. These abilities require that they mime the effect they wish to occur. Such as pushing against an invisible wall to create a Force Shield, or pulling at an invisible noose around their throat to choke an opponent.

These are all they’ve shown in their brief appearance, but it’s likely they could cause other telekinetically based powers at your discretion. The AP level should probably be at, or near, the same level. For example: throwing a punch to send a Mental Blast, or blowing at the target resulting in Super Breath.

The Telekinesis Power is an assumption based on the nature of their powers, as they didn’t directly exhibit it as written. 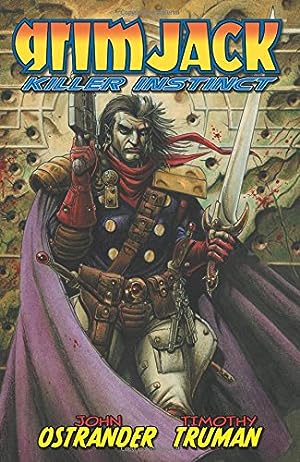 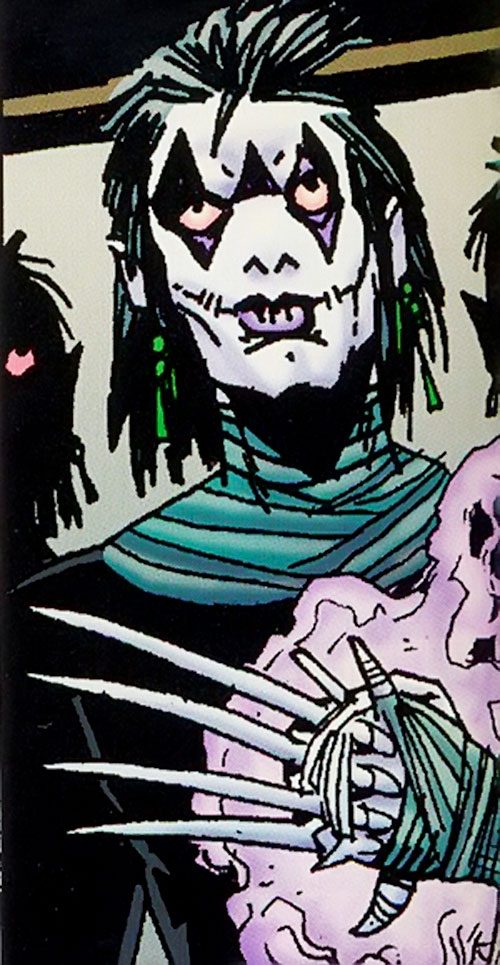 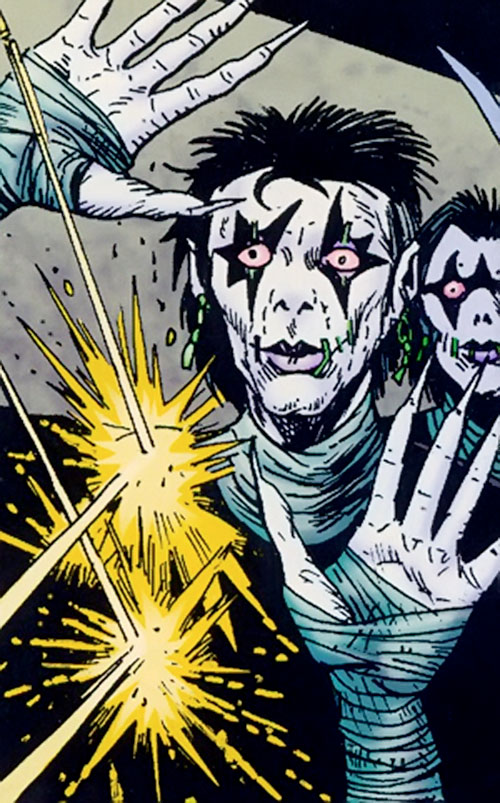 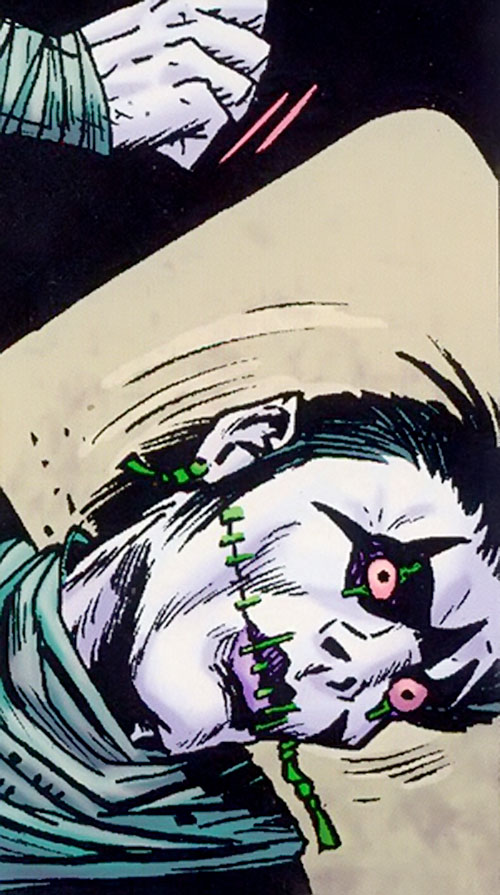