Benet was one of the main characters in the 2006+ TV series Heroes. The series features the emergence of rare super-powers in a realistic modern world.

This profile was done using the first season of the show. But every campaign can use a creepy man in horn-rimmed glasses who collects people with powers.

Mr. Bennet does not possess any special powers (that we know of).

However, he is a highly skilled operative of a shadow organization that has tracked and captured superhumans for decades. He is likely ex-CIA (or similar) and has trained other operatives at being top intelligence agents on par with James Bond.

He has also been known to train people with meta-human abilities on how to use them.

Other than his horned rim glasses, Mr. Bennet doesn’t stand out in any way. He’s your typical family man. He is a loving husband, raising two children, and a supportive husband. He’s protective of his daughter Claire and proud of his son.

He’s a capable regional manager at his job at Primatech Paper. He occasionally travels for conferences and sales meetings. But he always brings his kids souvenirs, and is there for the important events. There’s nothing really unusual about him at all. At least that’s what he wants people to think.

In actuality, Mr. Bennet is a man of mystery. His family and friends believe he’s a very normal Joe, but when Mr. Bennet leaves for work each day, no one knows where he really goes.

His job at Primatech Paper is a front for a group with a more enigmatic and secretive purpose. Mr. Bennet refers to this shadow organization simply as “The Company.”

They hunt down and study people with special abilities. Often mistaken as alien abductions, they “bag and tag” most of their victims. The person is abducted through various means, usually tranquilized, and taken to a lab. There they identify the victim’s abilities and inject them with an isotope for tracking purposes.

If the person has abilities that The Company deems too dangerous to be allowed to roam free, the victim is usually imprisoned. In rare cases, they may be executed.

He worked for years with a man who could turn invisible. Now he works with a man who can cancel the abilities of others. Mr. Bennet has been an agent for The Company for decades. He is a highly competent, experienced operative. He’s familiar with most of the superhuman abilities and often has a better idea of how they work than the victims they abduct.

Mr. Bennet is characterized by his horned rim glasses as a man out of time. It seems he would have been an intelligence operative during the Cold War, but instead he somehow fell in with The Company. He comes off as a shadow warrior from that age, working in secret.

Mr. Bennet always has a plan and one or two contingencies to spare. He knows more about super human abilities than almost anyone and has the field experience to back up his knowledge. He was chosen for his position primarily for his loyalty and ability to keep a secret.

He wears his family man persona like a mask and may appear to be an everyman. But you never know quite what’s going on under the surface.

“I love you Claire, I just want you to be honest with me. You can tell me anything… you know that.”

(About capturing someone with abilities) “This is a simple bag and tag.”

(To the Haitian, regarding taking memories) “Go deep, take everything.”

(To the quarterback who tried to rape Claire) “Ssshhhhh. Claire is a very special girl… It’s confusing what’s happening to her and she doesn’t need some punk making her life any… more difficult. Do you understand me ? I should kill you. Instead, I’m going to do you a… favor. You already threw away this life and I’m going to give you a second chance. I’m…  going to let you forget all the terrible things you’ve done and perhaps when you wake up… in your new life, you’ll make something decent of it.” (to The Haitian) “Hollow him out… take everything.”

Parkman: “You’re sure there isn’t another way ?”
Bennet: “The reason I brought you here, Parkman, is so you could get us to those elevators without raising a ruckus. Now, if you can’t do that then you might as well give up on your wife and unborn child right now, because no matter how far you run- they will *find* you.”
Parkman: “Ok, a simple ‘no’ would have done the trick.”

Morris: “What am I thinking now, Parkman ?”
Bennet: “Your last thought.” [Shoots him in the head]

Primatech Paper is actually the front for a shadow organization that captures dangerous metahumans and takes them out of circulation before they can threaten the world. The man in horn rimmed glasses was their top operative until he discovered the organization was actually funded by Lex Luthor and he was using the captured metas to augment his own DNA with their abilities.

Discovering his next target was his own adopted daughter, he turns on Mr. Luthor and is now waging a war from the shadows to cripple the organization at every turn.

Some have commented on the high number of Hero Points for this genre. The main reason I’ve given him this large number of points is that he is one of the only truly experienced characters in Season 1 and it shows. He always seems to have a plan and makes extensive use of his Leadership advantage in several situations. 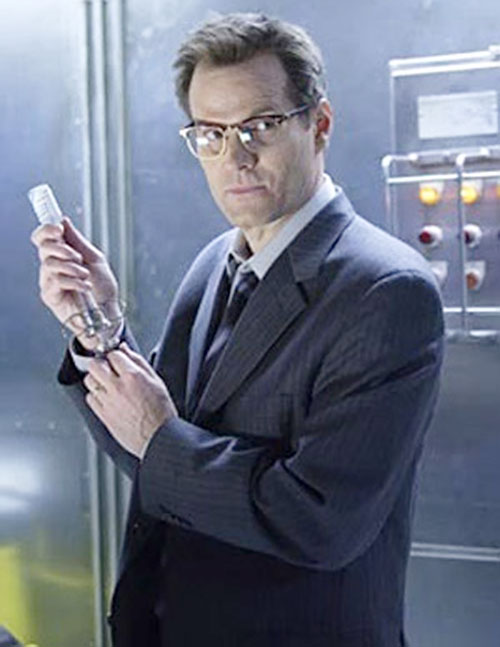 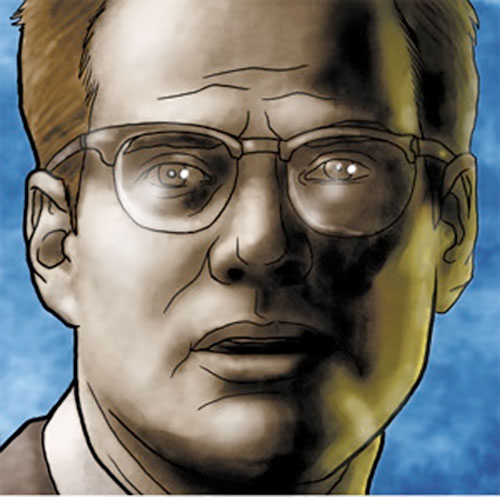 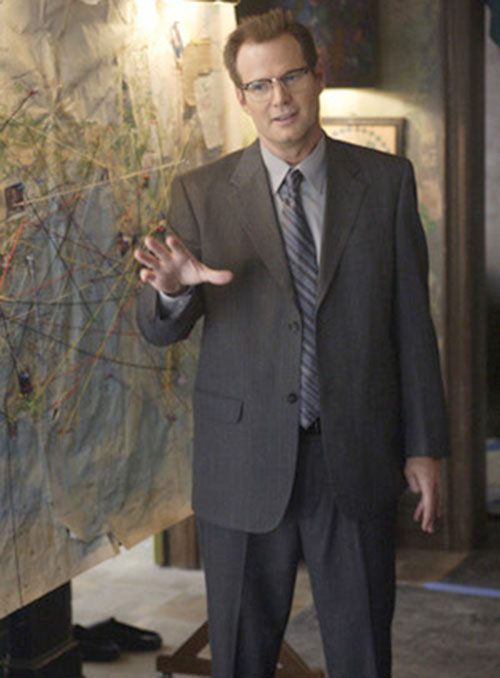 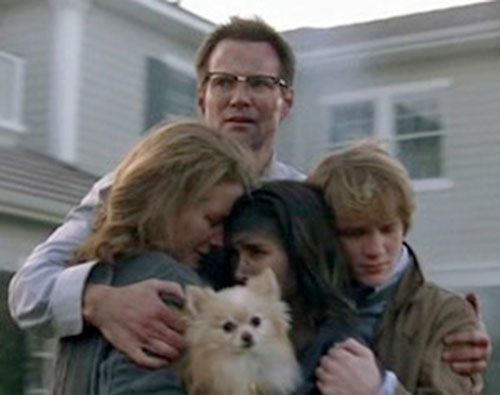 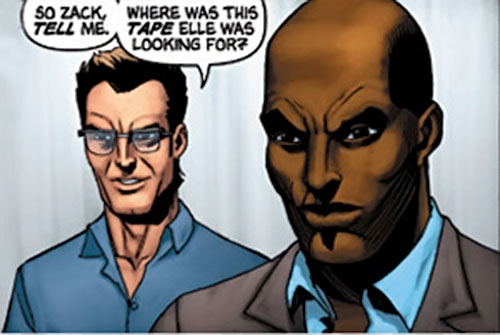 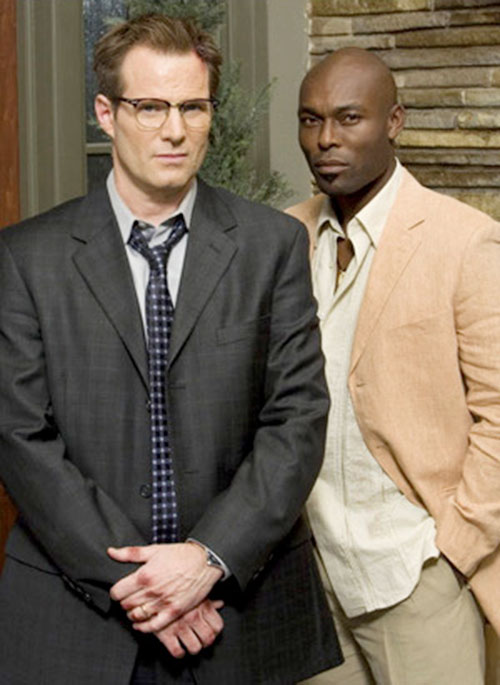 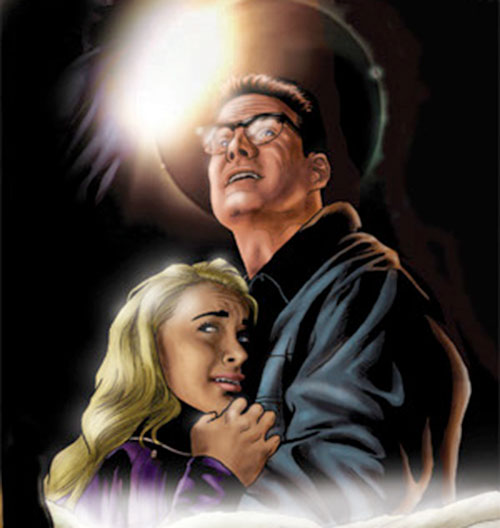