Noah has weather control powers. He can summon wind, rain and even lightning from the heavens. Noah also could use his lightning to perform crude arc welding.

The art gives the impression that his staff might play a role in his weather powers.

He might also have some sort of mystical senses.

The Crossbreed are a team of superhumans active in the US, led by Noah.

They see their power as a gift from God. The group is active as street preachers, passing out tracts and encouraging passerbies to prepare themselves for the impending Judgement Day.

The Crossbreed are largely derided as “Jesus Freaks”.

It seems possible that they are their own denomination, or part of a minor sect. But their specific cross design was seen on some tombstones in the US in other Astro City scenes.

The Crossbreed are reminiscent of the classic X-Men. Beyond their patriarch Noah their members are : 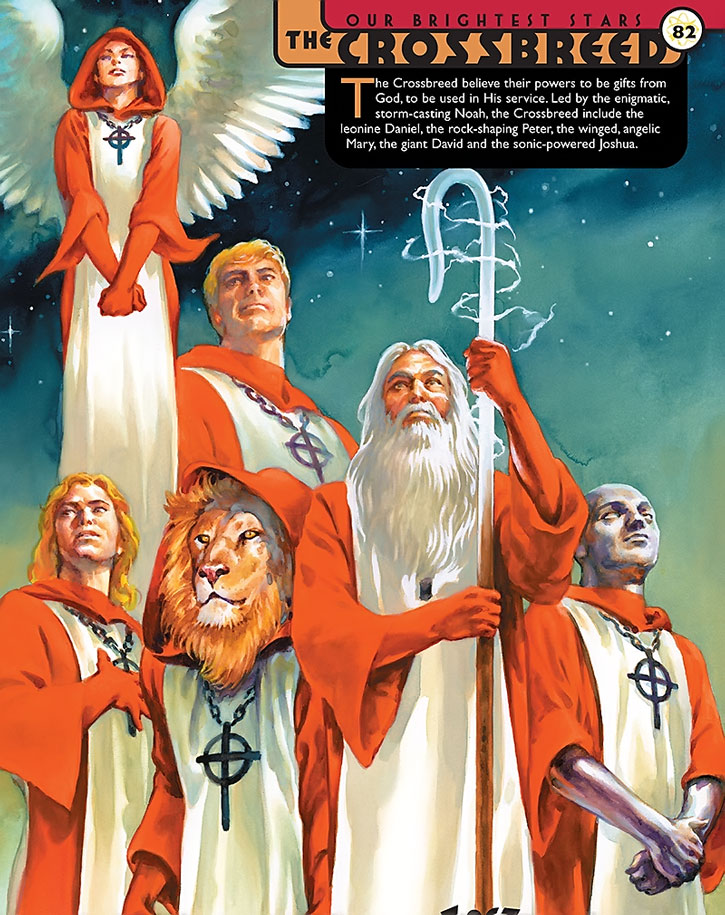 Beyond their preaching, the Crossbreed are active as super-heroes. They travel through the continental US.

It seems possible that they follow some sort of calling telling them where they’ll be needed. For instance, they stopped the Devil’s Own in Montana, and Temblor in San Francisco.

In late 1996, shapechanging space aliens secretly took control of various governments. They focused on the Astro City mayoral office, given the density of superhumans in town. The populace was roused against its heroic defenders, and the Crossbreed were harassed in the street.

Though they seemingly left, they actually went to ground. They hid within a wooden boat seemingly based on popular depictions of Noah’s Ark. They thought that they were more needed than ever.

When the Confessor (Jeremiah Parish) exposed the Mayor as an alien, the Crossbreed hurriedly emerged from hiding. They rescued the Confessor’s sidekick Altar Boy (Brian Kinney) and routed the alien forces on site.

This sortie  allowed the public to flee out of the open.

After taking Altar Boy to safety, the Crossbreed joined other heroes. This assemblage defeated the aliens in Astro City and put an end to the invasion.

He’s very much the figure of the Biblical patriarch as envisioned by Cecil B. DeMille. Tall, with a mane of long hair and a huge beard, piercing blue eyes, robes, a severe look, a stentorian  voice, a shepherd’s staff, charismatic, etc.

Noah behaves very much like a priest and a wise patriarch. His faith is his life, and he carries out the Lord’s work without judgement or fear.

“Welcome to Astro City, young man. God be with you.”

“No killing, Daniel. Ever.”

“We are here to spread God’s word, my son. If we only spread it to those who are already listening, what good would we be ?”

“Regardless of what the Confessor was, he was doing God’s work — he was saving innocents and serving truth. And in the final judgement, what is more important ? The burdens we bear, or the way we bear them ?”

Bonuses and Limitations:
Lightning is Indirect – it comes from the sky.

Skills:
None demonstrated, but Occultist: 04 and Charisma (Persuasion): 06 are a possibility.

Drawbacks:
Public Identity, Misc.: the Crossbreed are unpopular due to their street preaching and the inhuman appearance of some members. 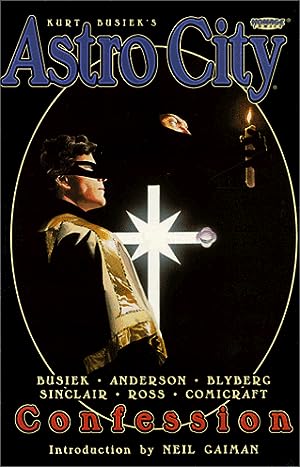 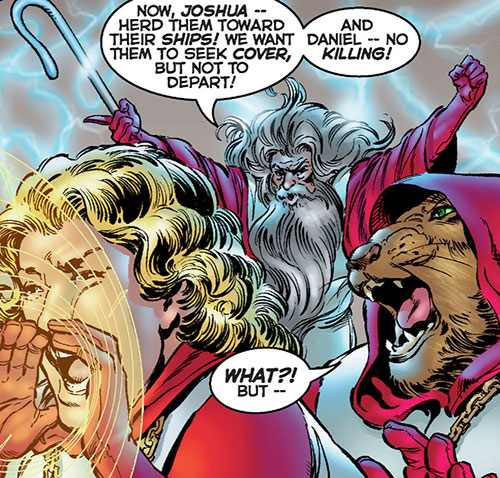 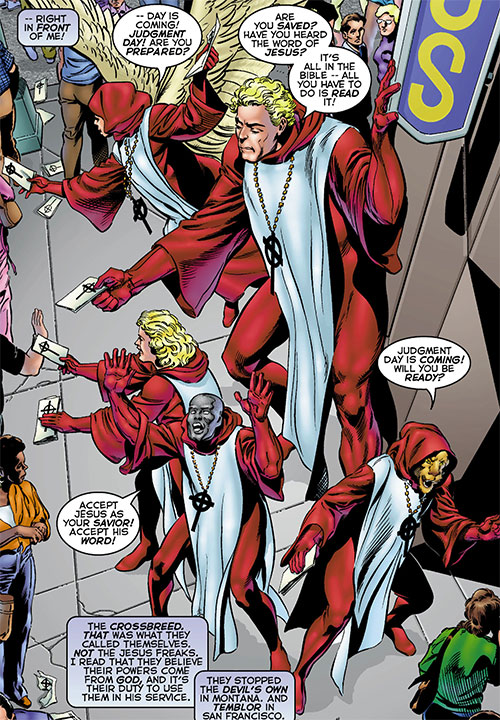