Nocturne is a vampire, a secret which he carefully guarded for many years.

A villain possessed of an incredible and deadly genius, Nocturne hid his dark secret from his enemies for many years. He was a vampire. To hide his nature, Nocturne committed numerous murders. He then drained the blood from his victims with a distinctive tool that left a five-point wound upon the neck.

Nocturne was opposed early in his career by the swashbuckling hero Black Fox. But Fox drastically underestimated Nocturne’s abilities. The villain broke his legs and then murdered his fiancée before his very eyes. This had a dramatic effect on the Black Fox, who became obsessed with Nocturne’s destruction.

Nocturne eventually discovered the castle of the sleeping villain Diablo the Alchemist somewhere in Eastern Europe. There he experimented with alchemy to remove the supernatural weaknesses his undead form suffered. He was interrupted by the Black Fox, Pixie, and Dr. Strange, but not before the process was partially completed. Nocturne no longer had to fear daylight.

Nocturne fought the First Line many times over the years, each time returning from apparent certain death.

Although he seemed to be killed in an explosion alongside Dr. Carmody while fighting the Skrull invasion fleet, it is possible his undead nature allowed him to survive.

Might make a formidable foe for Andrew Bennett (when he was alive, er, undead). And his villainy may well have extended back into the Golden Age of the JSA.

Drawbacks:
Attack Vulnerability (silver weapons) -4 CS; Fatal Vulnerability: (immersed in water, no intrinsic range, rare); Fatal Vulnerability (not using Vampirism once per week, no intrinsic range, rare), Power Loss (Rare: When impaled by wooden stake, all physical and Mystical Attributes and all Powers reduced to zero). Misc. – casts no reflection, may not enter dwelling of another without a previous invitation); Secret ID, Creepy Appearance; Dark Secret.

By Doug Barnes, based on writeup at http://rivendell.fortunecity.com/battlespire/489/cna/lostgen.html (defunct). 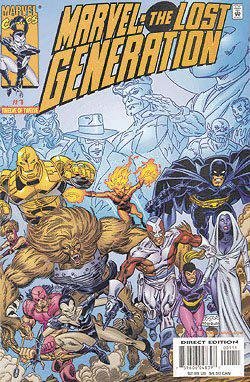 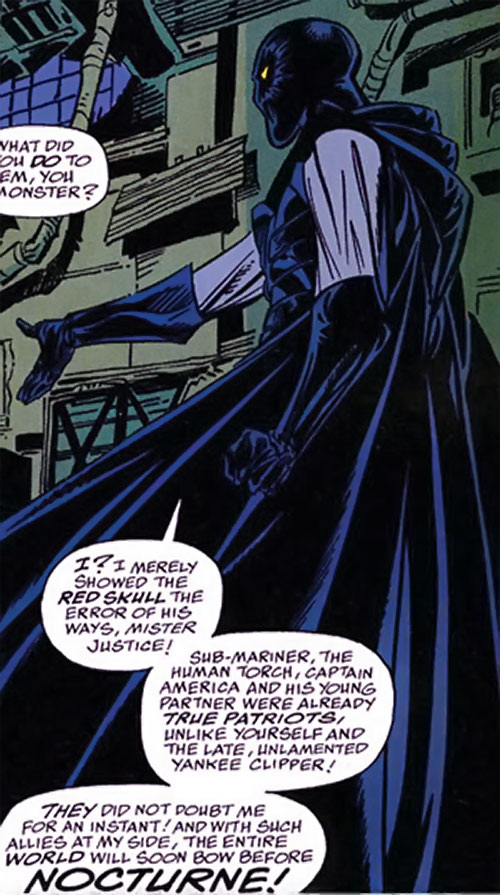 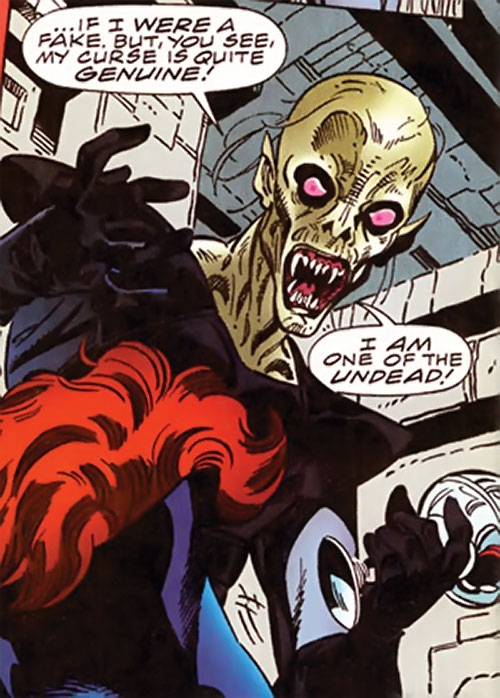