“Nomad” was originally a short-lived alternate identity developed by Captain America (Steve Rogers) during a crisis of patriotic faith. But surprisingly, it became a small legacy of its own, with multiple characters using it.

The first successor, Edward Ferbel, was in a strange situation. And he only appeared during one 1981 story arc.

Ferbel was an adequate actor.

More importantly, he was a’ powerful athlete with a highly developed physique. Though he was mostly a stuntsman and acrobat, he also had training has a hand-to-hand combatant.

Eddie Ferbel was an out-of-work Hollywood stuntman with a particularly powerful physique. He was hired by a cowled eccentric, the Teacher, and given access to extensive physical training facilities Ferbel was then given the costume of Nomad (Steve Rogers)

It was obvious that something fishy was going on. Especially after it became clear that another agent of the masked man was the Ameridroid. Still, Ferbel kept training and acting as Nomad to the best of his abilities. He enthusiastically assumed that he could turn whatever was going on into his big break.

The Teacher was secretly the Red Skull. He was launching yet another plan against Captain America – the man who, years before, had created and the Nomad identity.

The appearance of a new Nomad, along with a bogus movie proposal, succeeded in attracting Cap to LA.

There the new Nomad was very publicly fighting a dummy terrorist organization set up by the Red Skull, called the Nihilist Order. Nomad pretended to be a brash, flamboyant rival to Captain America. The fake terrorists worked to make him look good. And a number of discreet, mission-specific gadgets helped Ferbel make Cap look bad.

Predictably, the Skull’s plan called for Ferbel to take a fall. When the Ameridroid attacked a parade celebrating Captain America, Nomad followed the script he had been given. But this resulted in him being gunned down by the Ameridroid so Captain America’s reputation could be further ruined.

Ferbel was a competent stuntsman and knew how to think on his feet. 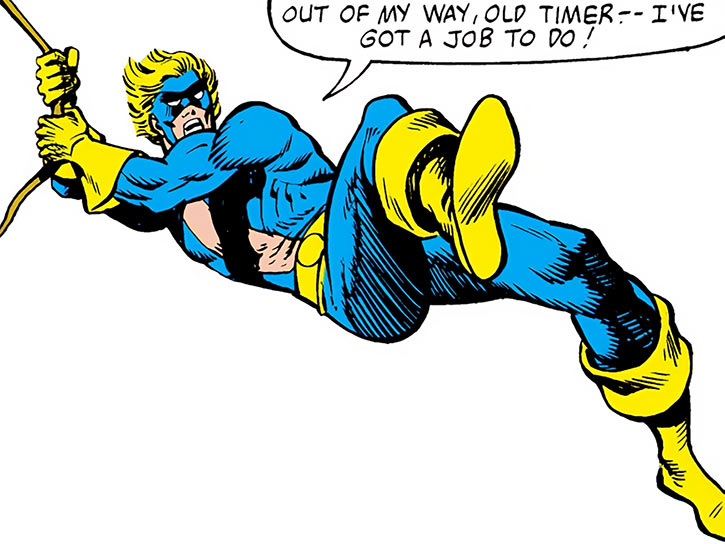 However, he was blinded by his ambition. He tended to ignore or rationalize away anything that clashed with his dream of making it big and becoming a star.

Eventually, though, he realized that even with accomplices and gadgets he could not make Captain America look bad.

As Nomad he was a brash, limelight-loving, grandiose hero who pretended to be all about results.

“I’ve made the move westward in order to stop those noxious devils — and I won’t rest until I’ve seen their vile breed stamped out !”

“I wish I could stay with you longer, gentlemen… but there is justice to be dispensed. So I’ll just leave you and the good Captain to your… frivolities and be on my way !”

(Out of character) “I always wanted to make it big — become a Bronson or a Eastwood — play Han Solo or Captain Kirk — but no one gave me my chance until now ! But now I can play the hero’s role to the hilt — even make a moron out of a big shot like Captain America ! I only hope that I don’t blow my one chance at the brass ring — again. I’m gonna make it — and make it to the top of the ladder — or die trying !” 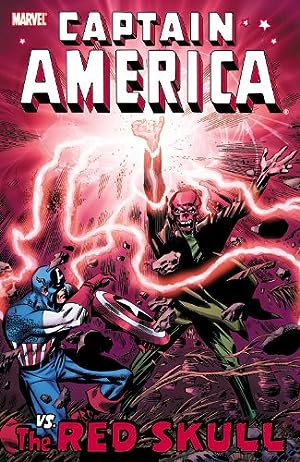 Captain America vs. The Red Skull