Norman has trained himself to be a highly skilled grappler and submission move specialist.

He also seems to have a remarkable amount of, it would appear, “supernatural,” luck. Mr. Smiley keeps surviving and defeating opponents much more powerful than himself in absurd ways.

Recently, he has displayed a new power, subconsciously unleashing a powerful sonic scream. He has yet to truly develop any of these super-abilities however, as he isn’t even fully aware he has them.

It had appeared the chips would never fall the right way for Norman Smiley. Picked on since his childhood in merry olde England for his gentle nature, he was forced to learn to fight in order to defend himself.

As he grew older and applied for various jobs, someone would undoubtedly feel the need to question his manhood. Which would force him to lose the position due to his fighting and humiliating his coworkers.

One night, after exhausting all other job options, he applied for a job on the docks. As was typical, Norman found himself insulted. Challenging the rude little fellow, he noticed a crowd forming. Mr. Smiley thus realized that they weren’t a crew of dockhands, but instead a group of illegal bare-knuckle prize brawlers.

Norman squealed and tried to get away, but found himself soundly thrashed by the “insulting, pint-sized loudmouth,”… the Dynamite Kid, Tom Billington.

Norman finally awakened a day or so later on a ship headed across the Atlantic. Somehow stowing aboard the ship (after more than one preposterously close call), Norman found himself in Mexico, hopelessly lost, with no money, and no knowledge of Spanish.

Smiley seemed an easy target for banditos. Yet any who dared to attack him fell to supremely bad fortune. Whether it be turning the corner directly into the arms of the law, being shot by roaming vigilante mariachis, getting trapped under a crate and mauled by an intelligent hungry chihuahua, or even feeling the painful grip of a “Norman Conquest” grappling maneuver.

The word got out to leave Smiley alone, as he possessed “Black Magic” to protect himself.

Still stranded away from home, Norman took a cue from the men who shipped him to this new land. He began to fight for money to support himself. Taking the name “Black Magic” to play upon the rumors spread about him, Norman made his way across Mexico for a few years.

He battled various opponents such as Silver King, Konnan, El Vampiro, and even Chris Jericho. He was finally being offered employment along with many of them as (cheap labor/disposable) operatives with the World Crisis Watch located in Atlanta, Georgia.

… and so close to the United States

While there, he called himself “Lord” Norman Smiley in an attempt to garner more respect. But he had to overcome personality conflicts with the crazed operative Chavo Guerrero (later Lieutenant Loco of the M.I.A.), who’s beloved hobby horse “Pepe” Norman eventually ran through a wood chipper.

As was typical with much of his employment history, Smiley found his manhood questioned yet again by mob bookie turned “power that be” in the WCW organization, Vince Russo. The corrupt and sadistic Russo liked toying with Smiley, assigning him to battle cases far out of his power range.

After watching and hearing the man run for his life and break a few windows with a horrified high pitched wail, Russo decided to change the hapless hero’s codename from “Lord” Norman to “Screamin’” Norman. Unfortunately, the moniker has remained.

Somehow able to stand up to Russo’s challenges (albeit in comically improbable ways), the question has surfaced of how long the ol‘ Black Magic can keep people in his spell.

Having actually survived THIS long, Screamin’ Norman Smiley must be considered unbelievably lucky just to still be alive…

Norman is a black man of decent sized build with a trim moustache, large forehead and a slightly cartoonish face. Imagine the Marvel Comic’s character the Leader without the green coloring, a bigger build, and less of a broccoli-shaped head, and you have a good idea of Norman’s appearance.

He used to wear trunks of varying colors when in action, but, after having to face off recently against so many powerful opponents, has begun appearing in (hiding behind) various sportswear, like football & hockey uniforms, for added protection.

Norman is a genteel, if at times effeminate, Englishman. He seems strangely out of place involved in the world of grappling and bare knuckle brawling.

In the face of obviously superior forces, he tends to scream like a schoolgirl and run away as fast as he can possibly can. Yet his luck often causing his opponent’s defeat in some ridiculous manner.

While he is often on the receiving end of attacks, in the off chance he actually gains the upper hand, he likes to humiliate his opponents by dancing behind them with a riding hip motion he calls “the Big Wiggle.”

Norman ran afoul of the League of Assassins several years ago. His inexplicable victory over a team of gifted killers earned him an invitation to join the League which could not be delivered, as Norman had gone into deep hiding. 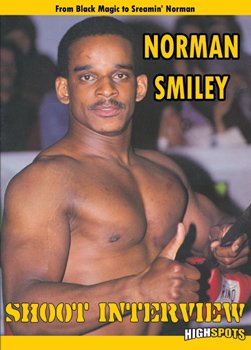 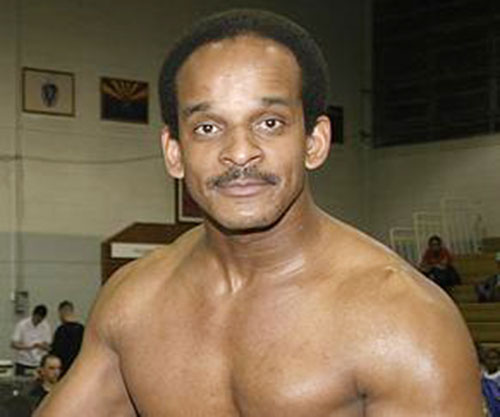