Oberon is a generalist warframe, offering a balanced mix of endurance and offense. And no, there is no known link with the Titania warframes.

His theme is that of an ancient nature priest – perhaps a druid type. Oberon primarily wields energy fields that resemble chtonicHaving to do with the earth, under the earth, or the underworld. fire, as if drawing power from the very ground.

“Sacred fire”, “hallowed light” and other mystical-sounding descriptions refer to the high-energy radiation mixes deployed by Oberon. These energies are known to cause hallucinations, confusion, blurred vision and spasms even in organisms with high tolerance to radiation, such as the Infested.

Oberon-class warframes sport decorative horns on their helm. A common shape for these led to Oberon frames being nicknamed “space antelopes”. 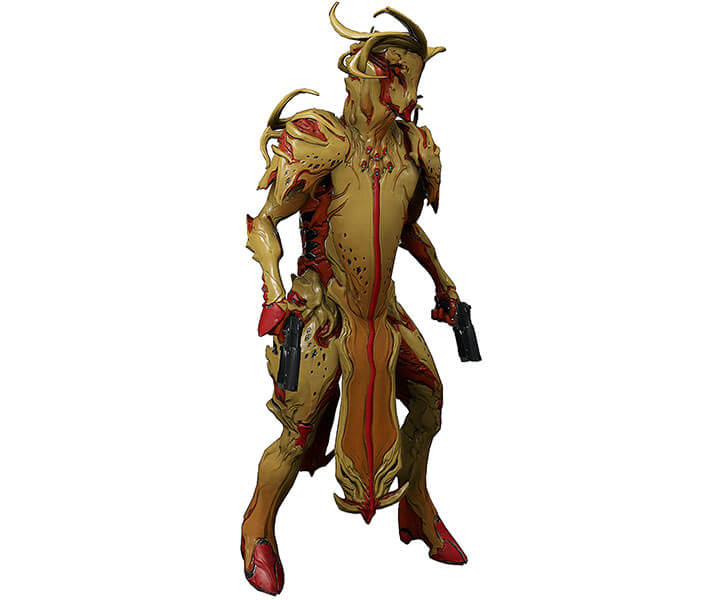 The most distinctive abilities of Oberon warframes are : 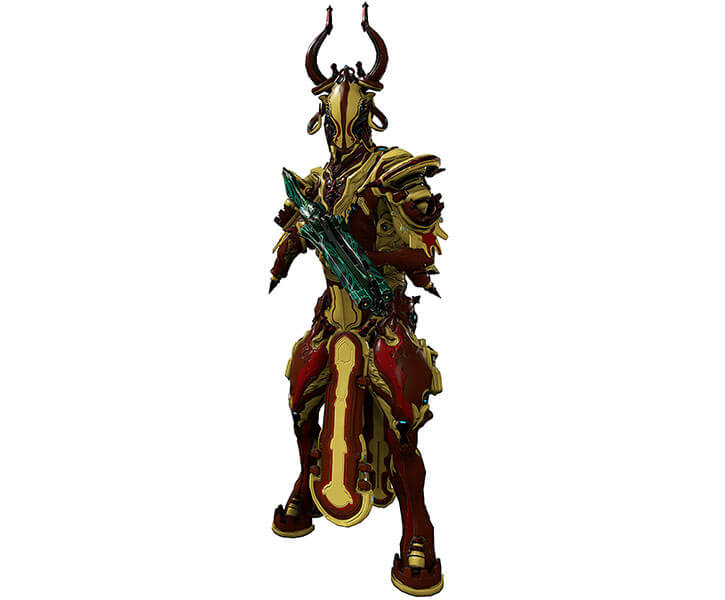 This assumes some sort of Rage mod, taking care of most energy needs. It is also more slanted toward a Rejuvenate/Hallowed Ground tanking Oberon, rather than a Reckoning-heavy build. Since it’s what I usually play.

The effects of radiation are done here as Darkness, rather than as a mind control sort of thing. This is a small flourish for variety’s sake. It also assumes that many opponents, when caught in the Darkness, will shoot blind at what they think are threats. So this could end up being quite a close equivalent of a Warframe Radiation status.

I also went for something soft and system-integrated with using Medicine (First Aid) for status nullification. The harder method — Neutralize — was used when modelling Titania. This is in part since DCH doesn’t have much in terms of “status effects” – unlike, say, M&M 3rd with its many Conditions.