Oculon has the eyes of the alien Hzeel race. The Hzeel live on an extremely hot world, and their eyes are hotter than a normal human’s. Therefore, Kevin always experiences a burning sensation in his face. Their mortal enemies are a race of alien sorcerors known as the Thanes, which have cursed the Hzeel, making them more susceptible to their magicks.

Oculon’s favorite tactic is to blind his opponents with a flash attack, then blast them at range. He’ll often make crude jokes about their blindness while doing so). He’s entirely about offense, and relies upon his powers’ accuracy to be effective.

Defensively, apart from his deflection ability, he’s a complete wimp. A total one-trick pony as it were.

Kevin Calhoun was a small time hood who liked to rob banks. Who knows, maybe he held banks responsible for messing up his parents, or perhaps he just got off on the attention. Regardless, he decided to make bank robbery a career. A career that would be cut short by a policeman’s bullet.

The bullet shattered the glass in front of his face, and Kevin was blinded. His buddies managed to escape with him, though his screaming was not only annoying, but detrimental to their staying hidden. They sought a doctor who could not only help their friend, but also keep his mouth shut as well.

They found one. Little did they know that this mad scientist was also dissecting an alien at the time. Wondering what would happen, the less-than-Hippocratic physician decided to graft the eyes of this alien into a human being. There was only one way to find out. When Kevin awoke, he found that he could see, but human vision was never like this!

The doctor entered the room, followed by Kevin’s pals. The doctor smiled, and as payment for his services, the hoods that saved Kevin collapsed to the floor. It seemed the doctor was in need of more “volunteers”…

Kevin decided that he could always find new partners, and departed. He eventually discovered the full range of his new abilities and named himself Oculon. Though he was doomed to never again look upon the world with human eyes, he would be able to rob banks once again, this time as a supervillain.

Kevin is a whiner. He loves to complain. He continually whines about how unfortunate he is, how much he hates these alien eyes, and how awful and abnormal they are. Even if he won the lottery, he’d probably complain about the income tax, then find three other things to kvetch  about in the next minute.

He is quite petty, mean-spirited, and cruel. And if he ever gets the upper hand on an enemy, he likes to make them suffer. One of his favorite tricks is to convince the people he’s blinded that the effect is permanent (it isn’t, of course). Oculon himself is terrified of going blind and often panics in tight spaces or complete darkness.

He will not hesitate to kill or take innocents hostage.

To say he’s unlikeable is an understatement. Basically, he’s a snivelling, self-centered, annoying a**hole, and well as a complete d*ck. It’s almost as if he exists solely to make you want to punch him in the face.

“How come you guys always have to pick on me ? There are dozens of other villains for you to go after, but nooooooo !…It’s always ‘Surrender Oculon !’ or ‘You’re Under Arrest, Oculon !’… Go shove it !!”

Somewhat tall with a thin build. His costume is a pea green, with gold being the color of his boots, belt, and gloves. His mask design has been known to change slightly or reverse color scheme over the years, though it always includes the traditional “v” like insignia on his forehead.

He often wears sunglasses. Not that most people can’t already notice his eye color anyway.

He could pretty much be dumped in as is, with the alien races renamed and the doctor being any number of renegade mad scientists. 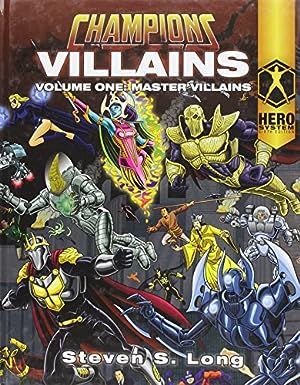 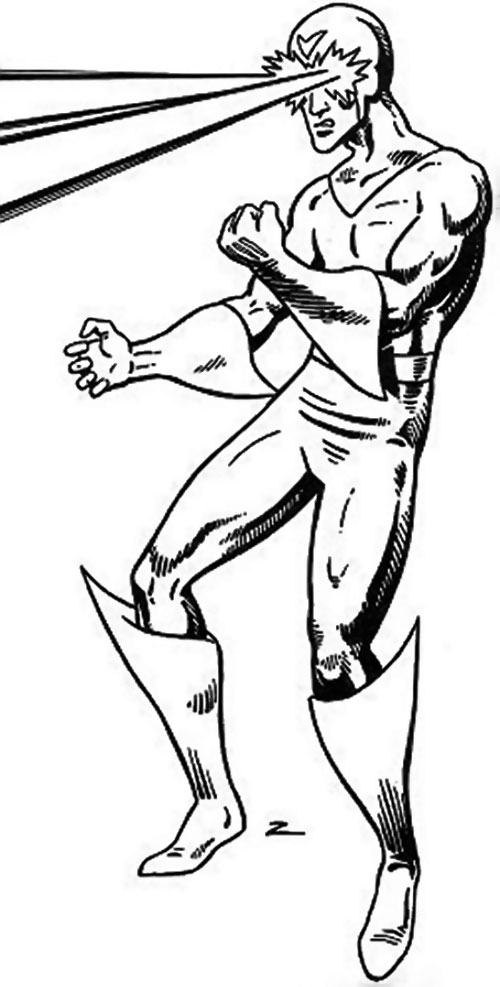