IIRC The Odd Man was a victim of the DC Implosion  . The story in ’Tec #487 was actually slated as the first in a series of backup adventures in Shade, The Changing Man but Shade (like so many others… Vixen #1 (sob)) bit the dust before it could see the light of day. What can I say… I’m a Ditko fan !

The Odd Man’s visual may have been inspired by the work of M.C. Escher.

From all indications, The Odd Man is an intelligent, perceptive, and physically adept hero.

As well as being a gifted gadgeteer , The Odd Man is a detective of some ability. His friend, Judge Brass, who is privy to his double identity, often helps him in his investigations.

The Odd Man’s agility is remarkable. For instance, it allowed him to dodge many attacks by the Pharaoh’s Mummy Gun. He is an untutored martial artist who can, nevertheless, hold his own in a fight. However, he prefers to rely on his gadgets and weapons in combat.

He has built a number of ingenious, if low-tech, weapons to use in his war against crime and appears able to devise more as needed.

In his battle against the Pharaoh, his only recorded adventure, it took him only 24 hours to devise a spray capable of dissolving the glue-like, plastic compound from the Pharaoh’s Mummifier Gun. He also used this spray to coat the floor producing an oily patch on which the Pharaoh lost his balance.

The Odd Man has designed a special headquarters that he can use to interrogate criminals. The room can be made to shift 45 degrees on its axis. It also features a disorienting floor plan. Furthermore, the Odd Man’s special shoes allow him to walk on any of the walls, further heightening the Escheresque  effect.

So unnerving is the room that any criminal that he brings there for interrogation soon cracks and tells The Odd Man everything he needs to know.

“He came from nowhere, garbed in a confused costume that would make a carnival clown blush with embarrassment. His weapons were absurd – impossible ! But somehow he became the terror of criminals, and everyone began to wonder – who is The Odd Man !”
(From The Odd Man by Steve Ditko. Published in Detective #487.)

That is all the explanation that is given for Clay Stoner’s strange costumed identity.

In his first and only recorded case, The Odd Man opposed the plans of The Pharaoh. Suitably outfitted in Egyptian garb, the Pharaoh sought to gain the Nile Stones. Together, these gems formed the Nile Necklace, a gift for the villainous Queen Nyla.

Of course, these jewels were in the possession of private collector’s and the Pharaoh went on a killing spree with his Mummifier gun to obtain them.

In the end, The Odd Man defeated the Pharaoh, who accidentally shot Nyla with his Mummifier. Without his queen, his very reason for living, the despondent Pharaoh turned the gun on himself.

Recently, The Odd Man resurfaced at Project: Cadmus applying for the lab’s security position. When last seen, The Odd Man was wall-walking away from a confused Superboy after spouting nonsense. It is unknown whether Clay has merely chosen to enhance his unnerving motif or if The Odd Man has somehow gotten – odder.

Starting from the top : Clay wears a mask with black, rooted hair and a Caucasian skin tone. The mask’s eyes are two wide, arched voids (no pupil or iris). His left eye is yellow and his right is red. The mask’s mouth, also devoid of detail, is a wide white smile / grimace. The nose is a triangular shape slightly darker than the rest of the mask.

He wears a clip-on necktie which is yellow with large black spots down the front and thick diagonal black stripes at the knot (upper right to lower left). His shirt is black and white with checks. The shirt’s left collar is white while the right is black. The front of the shirt is solid black on the left side but white with diamond checks on the right.

His short gloves are white and cuffed at the wrist and his shoes are navy. Which brings us to his “business suit” which is where things get really strange !

Out of costume, Clay is glimpsed briefly in a plain white T-shirt and blue jeans. He is also seen visiting the River City Museum in the company of his old friend, Judge Brass. On this outing, he sports a navy blue business suit, white shirt, and pale orange and black print necktie. Clay is a “regular Joe” type with blue eyes, short blond hair, and a slim but athletic build.

The Batman terrifies criminals. The Odd Man, on the other hand, makes them really uncomfortable. At least, that is what appears to be Clay Stoner’s reason for dressing in a costume ludicrous enough to “make a carnival clown blush”.

His one recorded adventure features him using his strange appearance and his headquarters’ unique charms to scare information out of underworld fence, Ike Loges.

In combat against the Pharaoh, The Odd Man quips like any good card-carrying action hero. While being sealed into a sarcophagus by the Pharaoh’s strange Mummifier gun, Clay complains about the “sleeping arrangements” and when he frees himself he surprises the villains with, “Now it’s time for you two to be sealed up – in a jail cell !”

Clay Stoner is an inquisitive individual who puzzles over the central mystery of the Pharaoh case eagerly. It is also obvious that he harbors great respect for his friend, Judge Brass.

“I am… The Odd Man ! I want some information, Ike ! And what happens to you depends on the truth of your answers !”

Well, he’s already there. But where has he been ?

Note: While The Odd Man refers to both his tie and gloves by the names given above, his shoes and headquarters are not referred to by specific names. His shoes, in fact, are purely conjecture. He might very well possess the Cling Power but the other gadgets in his employ indicates that, most likely, the shoes are doing the actual work.

Clay Stoner’s friend, Judge Brass, assists him on the Pharaoh case. He is present when Clay states that perhaps The Odd Man should pay a visit to one of the suspects. Hence, he has been designated a Buddy.

Clad in a dark suit, Judge Brass appears to be in his early 50s, with graying brown hair, dark bushy eyebrows, and a slightly overweight frame. He stands a few inches shorter than Clay and walks with a hook-handled cane.

Brass likely possesses Physical and Mystical Attributes appropriate for an average human being. His Int, however, might be raised a bit to 03 or 04 APs. He also possesses Detective (Clue Analysis, Law, Police Procedure): 04 and High Level Connections to River City’s Police Department. 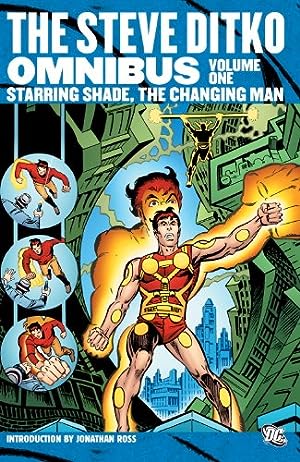