A master of Suio swordsmanship, Ogami Itto is among the deadliest warriors alive. Adept with knife, spear and polearm, his personal weapon is the Dotanuki battlesword. As a masterless ronin , Ogami wears only this one sword. His nagamaki polearms are concealed in his son’s pram.

Ogami’s personal mastery is such that he has achieved Mu, nothingness, a state of self-annihilation close to (and possibly identical with) Nirvana. This state is also known as the Gateless Barrier. Only another master of the Gateless Barrier may attack a person in a state of Mu: bloodlust, or Sakki, finds nothing to fix upon, and the attacker finds himself helpless to strike.

Ogami was taught this lesson by the saintly monk Jikei Wajo, and slew him. (See Volume 2 of the Dark Horse collection). However, Ogami scorns to use this ability to protect himself; very rarely, he might use it to spare opponents.

Ogami also has a near-preternatural ability to detect Sakki in others. This ability appears to be common among great masters of the martial arts: the three Bentenrai brothers (“Flute of the Dying Tiger”: Volume 3 of the Dark Horse collection) can all smell bloodlust, and several other masters demonstrate the same ability.

It is not foolproof however : Ogami demonstrates (in “Body Check”, Volume 12) that even the greatest of masters may be distracted and deceived.

In 17th Century Japan, a Daimyo’s retainers were forbidden by the code of Bushido to turn their swords against their Lord, no matter what the provocation. Thus, when a Daimyo became disgraced, and was obliged to commit Seppuku, he could not look to his own warriors to act as a second, and end his agony.

Nor could he humiliate himself by asking a stranger or an enemy. Another solution was necessary.

Ogami Itto was the Kogi Kaishakunin, a high official of the Shogunate entrusted with the duty of acting as second in such cases. But the post carried a great deal of prestige and influence, and the Yagyu clan coveted the honour, and plotted to seize it. False accusations were placed against Ogami’s name, and his wife was killed.

The Yagyu expected Ogami, disgraced, to end his own life, but instead he chose to walk the path of Meifumado – that is, Hell – and became an assassin. He took the pseudonym Kozure Okami, or Lone Wolf and Cub.

Ogami travels throughout Japan, pushing his young son Daigoro in a bamboo pram. Attached to the pram is a banner reading, “Son for hire, sword for hire.” The two sleep in temples for the most part, or in the open. Ogami carries a great deal of coin but seldom spends any on lodgings. Instead, the money is set aside for some secret purpose.

Ogami’s employers find him through coded fly-sheets, bearing the image of demons, ox-headed and horse-headed denizens of Meifumado. Ogami’s terms are stern: he demands full disclosure of the reason for the killing, and advance payment of 500 Ryo: a small fortune.

Apart from his victims and their defenders, Ogami is forced to cross swords with many others.

Yagyu swordsmen, and their subordinate Kurokawa clan shinobi, are sent to hunt him down. Old enemies from his past life cross his path, and foolish thieves and bandits, deceived by his scruffy appearance, mistake him for easy prey. Great warriors, recognizing Ogami as a master, seek to match themselves against him. All perish.

Ogami is a striking-looking man of medium height. His build is athletic, rather than overtly muscular, but his strength and endurance are enormous.

Ogami follows a harsh and largely impenetrable ethic, foreign to the modern Western mind. His word is absolute. He will pursue his objectives regardless of risk, and no matter who stands in his way. He often kills people he clearly admires, and without apparent regret.

Even his contemporaries sometimes find his motivations and philosophy baffling. For example, he has discarded much of his former samurai ethos, and attaches no special importance to his sword. It is a tool for killing, nothing more, and Ogami habitually hurls the Dotanuki in combat. This tactic is unthinkable to most samurai, and many have died astonished as a result.

Despite his inscrutability, Ogami is, on the whole, sympathetic. He clearly loves Daigoro, even though that love is secondary to his mission. He can be merciful (although this is extremely rare), and he will occasionally use his deadly skills to protect or avenge chance-met strangers. But he would make for disturbing company, were he a real person. 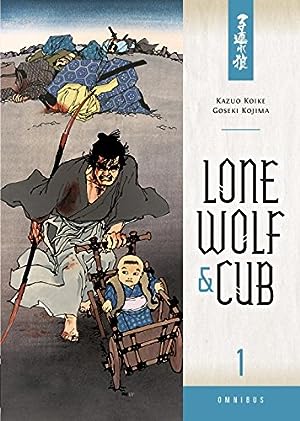 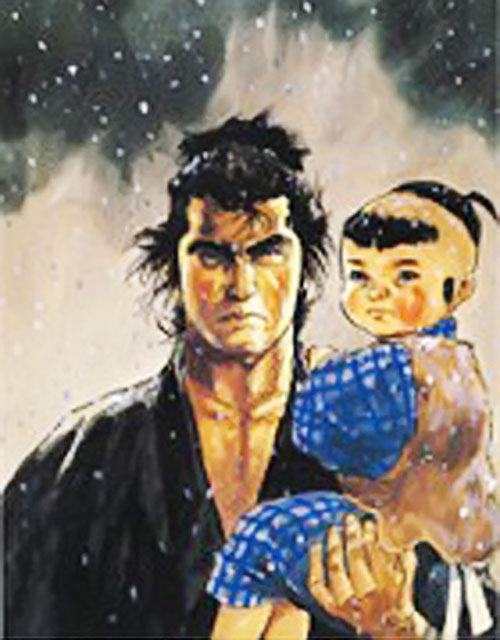