An Ogar is a type of golem – a robot-like mystical construct. It can seemingly function forever.

These are remarkably ferocious, strong, fast and durable. Yes, the Ogar wasn’t on Black Panther (T’Challa)’s level as a combatant, but that’s not saying much.

And though T’Challa could outfight it, he couldn’t take it out.

The documented Ogar was guarding the gigantic tomb of King Solomon. It was but one of the innumerable wonders therein.

(King Solomon’s tomb likely is a reference to H.R. Haggard’s Allan Quatermain adventure novels. These started in 1885. The Quatermain novels and the Ayesha novels were an important reference for Greatest Generation and Boomer proto-geeks).

(As to “Ogar” it is presumably just a phonetic variant over the word “ogre”, perhaps mixed with “Haggard”. But since we’re bein’ Biblical it could also be mixed with the name of Hagar, Ishmael’s mum in the OT).

In 1977 the Black Panther came in, being in an alliance with two collectors – Mister Little and Princess Zanda.

Even T’Challa couldn’t take the construct down for long. But Mister Little tricked the Six-Million Year Man into obliterating the guardian.

Another construct — perhaps also an Ogar — was then encountered. But it was disposed of using a disintegrator from King Solomon’s treasure. 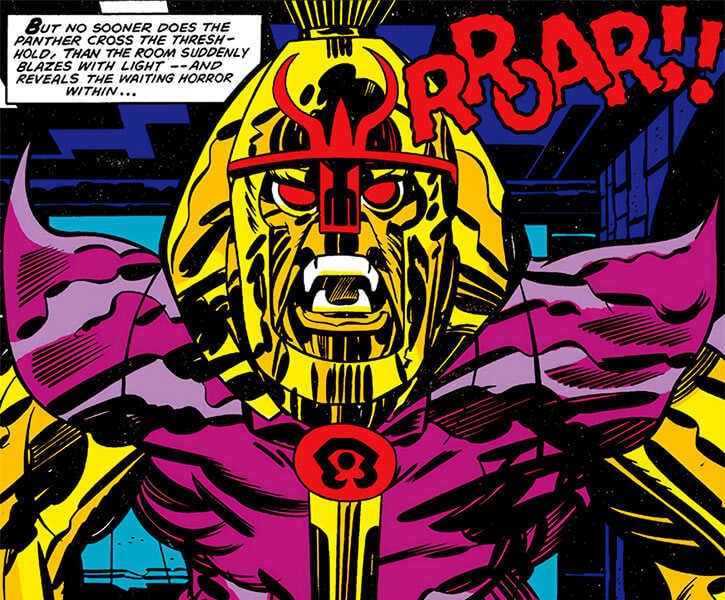 A gigantic, vaguely leonineHaving to do with lions. artificial creature.

An Ogar can only roar. It relentlessly attacks all intruders.

That’s how they roll in King Solomon’s hidden tomb ! 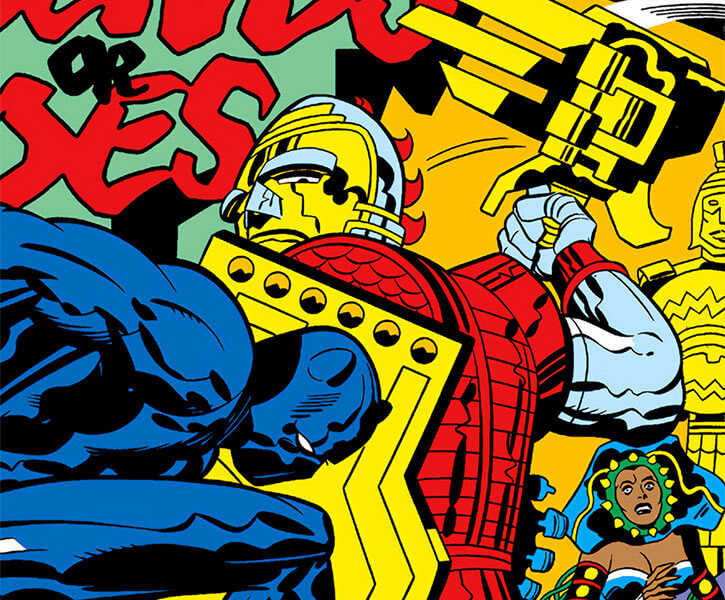 The second creature, who might have been an Ogar too.

The Black Panther did manage to Stun the Ogar, but it got back up seemingly none worse for the wear.

My impression is that it could have done that for a looong while, hence the set up with Regeneration constantly running.

This means that you’ll have a hard time taking an Ogar out unless you use a very high EV attack.