A skilled combatant, especially with whips.

Ohyaku wears a metallic suit which has an electrified metallic whip attached to it. The suit also allows Ohyaku to fire a small burst of an unidentified energy from its fingers. But she she rarely uses this, keeping it in reserve as a surprise attack.

A mercenary, Ohyaku worked with a number of mook mercenaries armed in basic tech suits. They were ultimately working for the Desturi, a conspiracy within Wakanda. But it remains unclear how much she knew about them, if anything, or whether they equipped her with the suit.

She ambushed the new Black Panther, Shuri, when she infiltrated an American facility the group had used. They fought, but Black Panther fled when Ohyaku’s back-up arrived. Shuri had obtained the information she needed.

It’d been a set-up, though. The information led her into a trap. Surviving the trap exploding, Black Panther again had to face Ohyaku and her flunkies. They fought again, and this time Shuri had little trouble beating them.

Arrogant and vicious, Ohyaku enjoys goading her prey in a fight. She exhibited no inclination to run from a battle even when it was going against her.

“You broke my nose. Bad, bad kitty. I think I’ll burn your eyes out for that.”

“You’re tough, little kitty, I’ll give you that. But you’re in the wrong league. And I’m done playing with you.”

She’s been seen in a couple of fight scenes, but most of this is fairly speculative.

Helper(s): The Whiplash entry was used to model her whips. 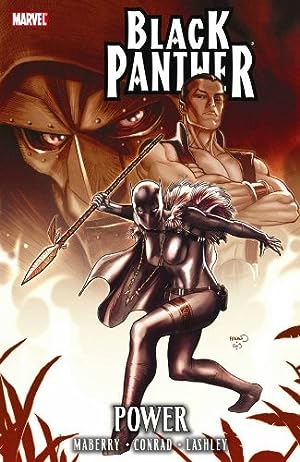 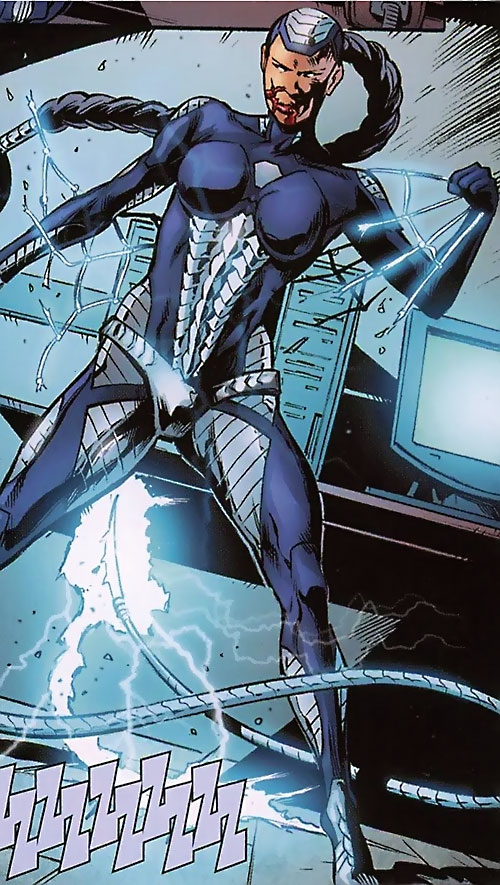