He is perfectly adept at handling melee and missile weapons. Any object becomes a deadly weapon in his hands, including small pellets or his own jacket. A pellet can be thrown with the force of a powerful gun and a piece of cloth can be used as a whip powerful enough to make holes in a concrete wall (the so called ’cloth-line‘ Manoeuvre).

He is also able to block bullets by his bare hands.

Not only is he impossibly agile and physically impressive, but he’s also intelligent, strong-willed and charismatic. He is a medical expert (he’s actually a doctor of acupuncture) and has a nice way with words. Although completely fluent in both Cantonese and Mandarin, he has real trouble with English.

Of course, Master Wong is a also a very courageous spirit and will fight near-impossible odds at any time.

Wong’s reputation is so great that his name will be shouted wherever he appears, by either friend or foe. Opponents or rivals will often soon call him Master…

See the movies !! They contain the greatest fighting scenes ever made and are really worth your time. Wong movies are to China what James Bond movies are to the Western World.

In very short: Wong helps the patriotic Black Flag Army while his own martial arts school, the Po Chi Lam School, is facing a thuggish martial arts organization led by the powerful Master ’Iron West‘ Yim (Once Upon a Time in China I).

Then Wong faces a cult of fanatical martial artists that threaten the peace of a small Chinese community. They are led by the so-called martial arts god Priest Kung (reputed to be invulnerable and unbeatable) (Once Upon a Time in China II).

Then the Empress Dowager of China announces that the martial arts tournament named the Lion King Tournament will be held. It will show the foreigners the power of china. The best 14 associations in China enter the tournament, but Wong learns of a foul plot by the Russians to murder the Empress. Wong enters the tournament to prevent the murder… (Once Upon a Time in China III).

The official trailer/presentation of the first, 1991 movie in the series. 720p.

Master Wong is a slender man with brown eyes and black long hair at the back of his head only. He usually wears a dark tunic and dark sandals and even occasionally, on sunny days, wears sunglasses (!). He moves in a very relaxed manner and radiates confidence and kindness.

Often he’s seen in a position helping someone or beating up some bad guy, and when out of combat he’s seen sternly teaching students or just smiling.

Wong is a honorable, traditionalist and heroic man. He believes in helping his fellow man and in behaving with great honor. He’s occasionally very playful, teasing and even taunting, but always remains humble. Wong also is very patriotic and believes in Chinese strength. He will help any patriotic Chinese in their struggle.

He travels the land to help every Chinese person. He teaches the Martial Arts to followers, practices medicine, and helps China get stronger against the European and Russian threat. He doesn’t hate foreigners, but simply believes in Chinese independence.

Fortunately for his enemies Wong doesn’t kill… But on rare occasions he’ll be forced into a situation where his opponent has to die. Then Wong doesn’t hesitate to kill him off.

In fact, rules-wise, Wong will never use his full Martial Arts skill APs against any single human being (life is sacred remember). He will strike with at most 10 APs as EV against any human opponent, but goes full out versus objects.

His skill is often so great that it is enough for his enemies to turn over to his side in awe. Of course, like everyone else in Wong’s world, Wong will often shout out the name of the manoeuvre he’s performing.

Wong is always accompanied by his pupil, the playful Foon, and his secret love Peony. He tries not to show his feelings for Peony, but he would do anything to protect her. He sometimes loses his head to do so. When it appears that Peony might be gone or dead, and she reappears, he forgets himself and his love for her is clear to everyone.

All his pupils are important to Wong as is his school’s, his father’s or his friends’ reputation.

Also, the martial arts or the name of Kung Fu will not be allowed to be sullied by any thug. Those will quickly become humbled at the hands of Wong. Wong is extremely popular everywhere he goes and his main response to that is a big smile and some nice words. Wong is probably best summarized by the lead motif to the movies:

“Kung, your show is over.” (having defeated the so-called Martial Arts god)

“Mwahahahahahah ! (performing a kata and Intimidating a group of attacking Martial Arts Cultists)

“I will never ask for help. Why do I need to learn how to say that ?”

“You’re disturbing the peace. Why don’t you stop now ?” (after having defeated an entire army of the country’s best martial artists in seconds only)

Fittingly, Wong would be the world’s greatest Martial Artist (someone’s gotta be the best!) and be living in China. Since he is living in the late 19th century he’s a contemporary to the likes of Jonah Hex, Bat Lash, El Diablo etc. and could team up with them, unarmed, by visiting America or being visited in China.

Wong could have future descendants in the likes of Kana (the Shadow Warrior), Katana and Judo Master. Perhaps the blood of Wong even flows in the Legion of Superheroes’ Karate Kid.

Genre Type: Action.
HP Expenditure: Full standard.
Multi-Attacks: No limitations.
Killing Combat: Yes.
Special Rules: All Martial Artist within this Genre are allowed an automatic defensive action each round due to their superior training. While using up but one Automatic Action they may use their APs of Martial Arts as either OV or RV each round. Additionally, the maximum amount of LDD in hand-to-hand combat is increased by half the APs of Martial Arts if the GM deems it necessary for prolonging the fights.

The first proposed rule is very powerful and could be scrapped (although it seems to be the case in the movies), but preferably keep at least the LDD rule.

Power Rules:
In the Genre that Wong acts in, Martial Artists can become much better than in other Genres. A superbly trained Martial Artist can bypass the ordinary human limits and can purchase Linked Powers that represent their abilities to do near-superhuman feats.

Common powers in this Genre are the following: Enhanced Reactions, Flight (with Cat. Burnout), Gliding, Invulnerability, Jumping, Mind over Matter and Projectile Weapons (Lim: object needed). All such abilities have to be linked (Half, Normal or Double) and are considered to be Skilled Powers.

Role-Playing Rules:
Martial Artists in this Genre often shout the name of the Maneuver they are performing just for style (Wong commonly does this). Such comments would include: Sun Burst, Shadowless Kick and Ten Forms Fist. Each school has their own specialized maneuvers and use of such comments in combat is considered Role-Playing.

Source of Character: Once upon a time in China I-III -movies. 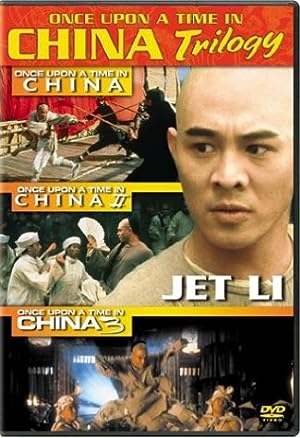 Once Upon A Time In China movies 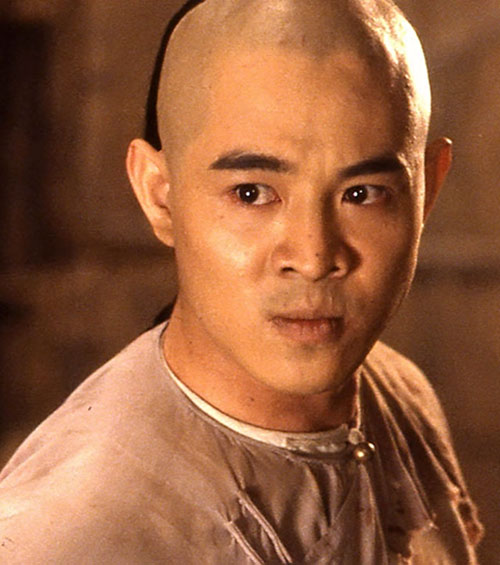 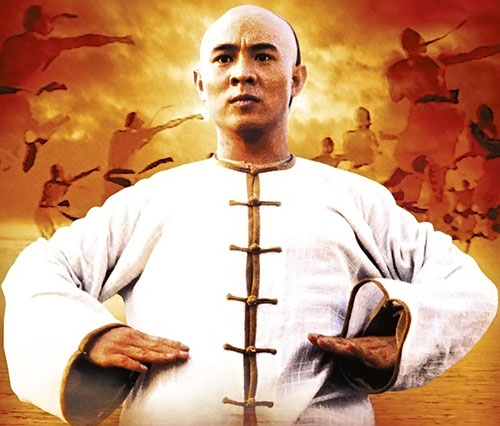