Creegan’s radiation powers seem to be similar to what he did as the Cyclotronic Man, albeit stronger or under better control. He was powerful enough to repel the Outsiders by himself for a while.

The One-Man Meltdown could :

Creegan’s costume appeared to be quite resilient against heat and electricity, offering some protection against those. Though it may have been part of his powers instead.

Corrections officers kept Ned Creegan’s powers under control by being regularly doused in a radiation-dampening solution. Though his power grew to the point where he could burn this goo off, Creegan kept that a secret and obediently served his time.

However, his radiation powers were also killing him. Creegan repeatedly requested treatment using radioactive compounds. The politically-motivated warden denied him. In 1983, with his final appeal exhausted, Creegan had little choice but to escape to procure radioactive elements.

The warden asked for Batman’s assistance. The Caped Crusader and his Outsiders soon caught Creegan (now calling himself a one-man meltdown) near the local S.T.A.R. Labs. Creegan beat them back for a time, but was eventually overwhelmed. At this point he revealed how sick he was while begging for help. 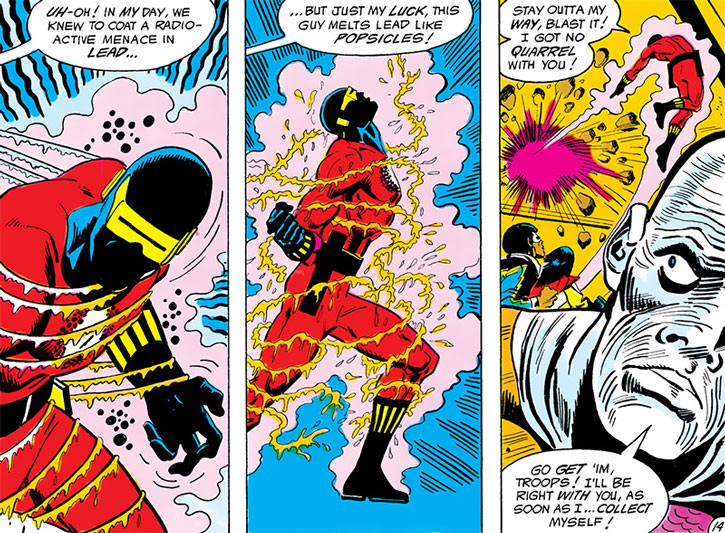 Batman thought from the beginning that the warden’s story didn’t add up. He had Metamorpho (Rex Mason) give Creegan a curative radiation bath, returned Creegan to prison then procured documents showing that the warden was trying to kill Creegan.

Treated and knowing that the warden would be forced to quit the job, the One-Man Meltdown returned to prison to finish his sentence.

He has not been seen since.

Creegan’s new costume was presumably an alternative design from back when he worked with The 100. It’s pretty cool, in a very Bronze Age  way.

The One-Man Meltdown doesn’t want to harm anybody or even really break the law. He just wants to receive basic treatment for his condition and finish his prison sentence. Creegan has known very little in his life aside from crime and prison, but he means well.

“I got no quarrel with you – or anybody else ! Just stay outta my way !”

Drawbacks:
MPR (Radiation poisoning), Misc.: Creegan is a strong source of radiation, and Geiger counters can easily spot him when he uses his powers. 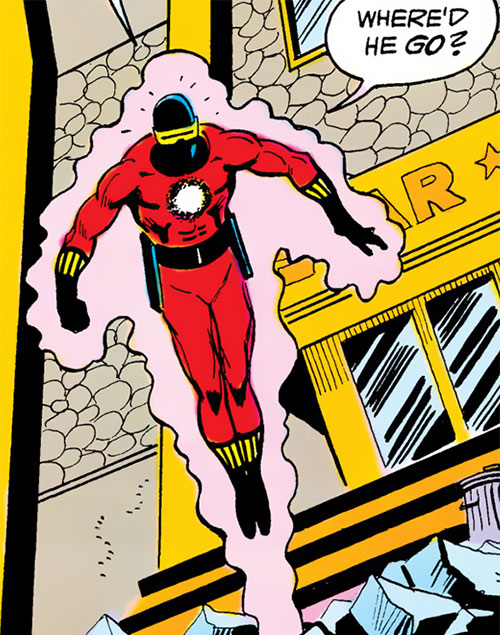 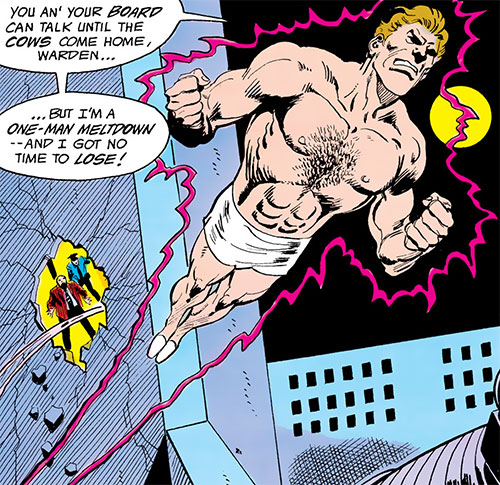