Ting, played by Tony Jaa (จาพนม ยีรัมย์), is the hero of 2003 Thai action movie Ong-Bak (or, for some reason, Ong-Bak: the Thai warrior in the US release). There were sequels, but this profile was done shortly after the first movie..

The movie met with international commercial success. It was hailed for its extraordinary stunt work and fight scenes – Ong-Bak is an relentlessly physical, kinetic movie. Or, in DC Heroes RPG parlance, “You’ll believe that a man can have Acrobatics: 10”.

Ting is an incredible acrobat, moving with extreme accuracy and astounding prowess. He is easily able to jump over a car without breaking stride while running. He’s in peak physical condition, and is a top muay thai  fighter, able to demolish highly regarded pit fighters in single combat and some B-listers in a single blow.

For some unfathomable reason, he’s also a remarkable driver.

As a muay thai fighter, Ting uses a lot of powerful elbow, shin and knee strikes. His sense of timing allows him to deliver powerful counter-attack, striking before his opponent has finished to move. On larger opponents he will use very impressive jumping maneuvers, including jumping elbow strikes.

He has proven coordinated enough to execute a complex feint with fists then suddenly deliver a reverse spinning kick to the head in a perfectly fluid manner. He could also accomplish a double spin to first deliver a sweeping low kick then a jumping spinning kick.

Although he only uses weapons to defend against blades, Ting is highly proficient with staff, sticks, tonfa and presumably other weapons.

Ting is a monk from the poor, backwater village of Nang Pradhu, in Thailand. The village has a small Buddhist temple, reputed for hosting an ancient statue of the Buddha Ong-Bak. Every 24 years, a religious ceremony is conducted to ensure the Buddha’s protection of the village.

This small temple was founded by a prodigy in muay thai (thai kick boxing). The young man had killed his opponent while he eagerly tried his martial skills in a championship, and became a monk to atone for this. Although his students are highly trained boxers, they are forbidden to hit anybody.

The 2003 ceremony was particularly important, as it was hoped it would break a terrible drought. But a band of Birman ne’er-do-well led by a man called Don, working for a Bangkok crime lord, stole the head of the Ong-Bak statue. 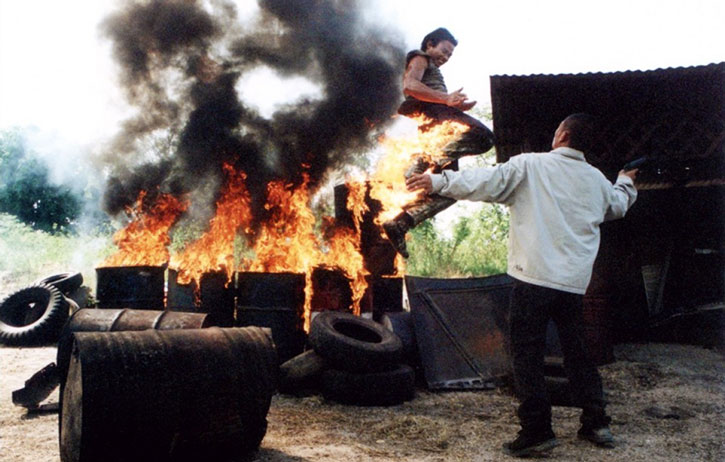 The relic must be recovered !

The poor villagers were devastated by the theft. They decided to send a man to retrieve the head, and scrapped together what little money they could. The monk Ting, the village’s most physically adept youth, was chosen.

In Krung Thep (“Bangkok”, in English), Ting found Humlae, a fallen monk calling himself “George”. ”George” had become a dishonest gambler, a crook and a criminal.

With his unreliable “help” and the support of “George”’s associate, the beautiful but greedy Muaylek, Ting ended in an awful lots of trouble.

A good trailer, albeit in 480p (but at least that means you can watch it on this page without losing anything):

Ting dresses like a simple peasant, and his attire was often mocked by the more cosmopolitan Bangkokers.

On the other hand he is very muscular, and moves with impressive speed and power.

Ting is a nice, simple young man from an idealised, simple countryside. He’s eager and very honest, but was wary and out of his element in the big city. He has no desire for money, and is very, very reluctant to fight. He only did fight to defend other people, especially women.

He does not talk a lot, since his very simple goals do not require much exposition.

As a monk, Ting is very religious. He will pray early and often when in doubt, sincerely seeking divine inspiration and guidance. When he defeats an evil man, he will kneel at the side of the unconscious body and offer a quick prayer to purify himself and his fallen opponent.

As a Buddhist monk, Ting is a strict vegetarian, who cannot eat even fish. He cannot drink alcohol or have sex outside of marriage. He cannot have possessions of his own, and will only fight in self-defense, to defend helpless persons… or to defend religious artefacts. Such as the head of a statue of the Buddha.

“I will not help you. You are as rotten as Don.”

Drawbacks:
Misc.: Buddhist priest (5 pts). Note : Ting doesn’t speak English, but since all the action takes place in Khmer that is not a Drawback in his campaign environment. 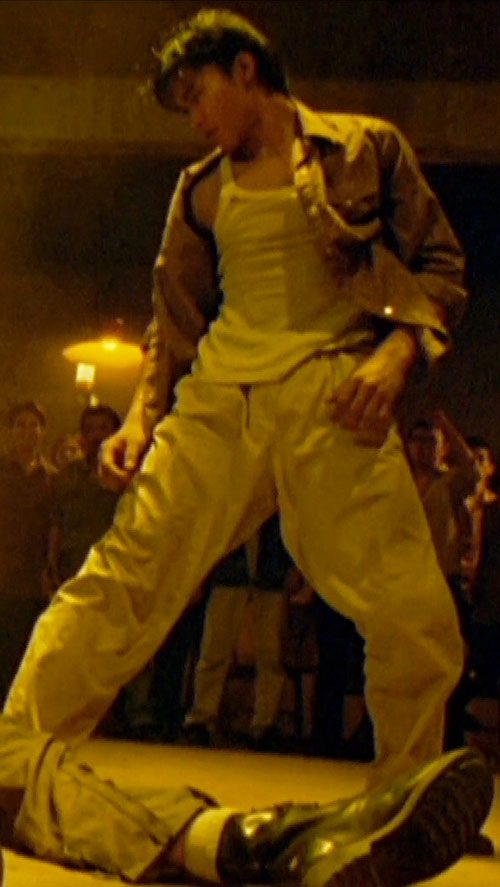 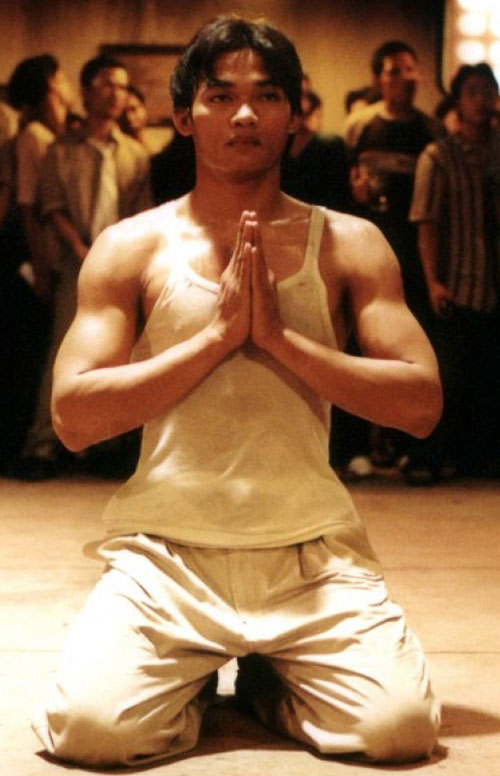