This profile is for a generic Red Lantern Power Ring, representing the emotion of avarice.

The Orange Power Ring, and its force constructs, can absorb most energies sent against it. It dissolves most force constructs on contact (apart from violet and blue energy), and even absorbs magical attacks.

The Ring allows its wielder to create force constructs of orange energy. These usually take the forms of those whose lives the wielder has stolen. This can either be one gigantic construct, or an army of them.

The wielder (currently Larfleeze) can create so many of them because he carries his Power Battery around with him, with Ophidian trapped inside it. It serves as an additional power source that boosts his Ring’s regular charge (to 7839% at one point).

Since Larfleeze gained possession of the Orange Power Ring and Lantern there’s been no regular recruitment. He has a large cache of Orange Power Rings but these have been forced into dormancy. Previously it targeted those who exhibited excessive greed. In DC Heroes RPG terms, possibly an appropriate IA would attract it, or a Mercenary or Power Lust Motivation.

With Larfleeze wearing the Orange Ring, it now recruits by stealing the appearance and powers of those he’s killed with it. He then manifests them as Orange energy constructs with the approximate personality and abilities of the victim.

Exemplars of the traits the Orange Power Rings look for include Larfleeze (sector 2828), Lex Luthor (sector 2814), and Glomulus (sector 2826).

It’s difficult to know for certain how much it influences wielders. Larfleeze’s innate greed was enough to overwhelm Ophidian, the Orange Entity, and imprison him in the Lantern.

His innate greed may well have been exacerbated by the Ring, so it’s possible the Ring enhances the greed of the wielder. In DC Heroes RPG terms it may increase the severity of their IA.

When the ring was removed at one point, Larfleeze didn’t want it back. He didn’t want to return to what it’d made him.

This changed once he again wore the Ring, and he returned to his regular state of greed. So it’s possible his innate greed diminished while wearing the Ring. Without other Ring wielders as evidence most of this is speculative. 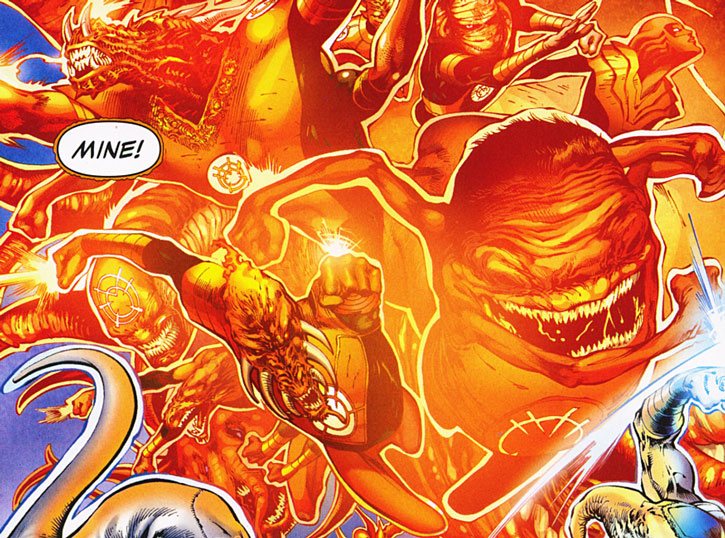 Larfleeze usually only uses his Power Ring to create an army of ’Orange Lanterns’ taking the appearance, and sometimes personality, of his victims. Functionally this is usually just a special effect of his Force Manipulation.

It’s bolstered by the Power Battery, without which he can’t maintain so many of them for a long period.

Should he wish, though he rarely does, Larfleeze can also restore more of their original personality and dispatch them on missions, even where he can’t observe them. This is achieved using Animate Image to give them Mental Stats.

The Ring uses 1 AP of Force Manipulation (which is tied up until the independent agent is dismissed) to create an image of the Lantern. So far Glomulus is the only one we’ve seen, and he actively resisted Larfleeze’s orders, so while they generally obey him, the restoration of part of their personality makes it harder for him to control them. 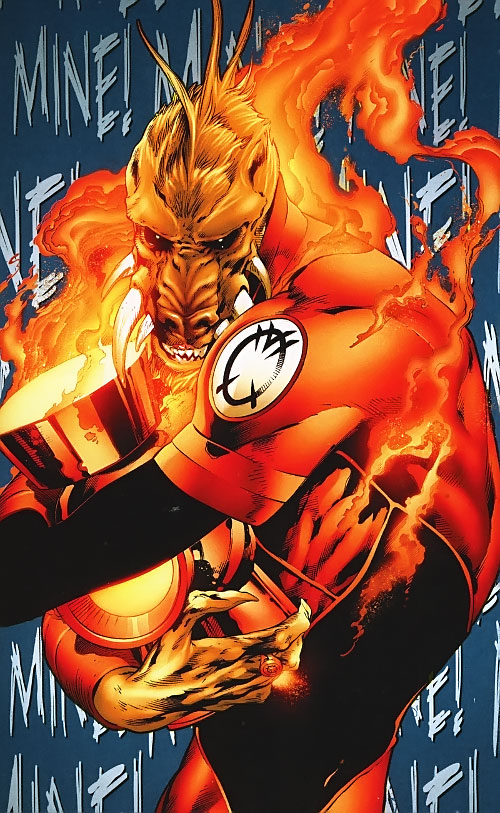 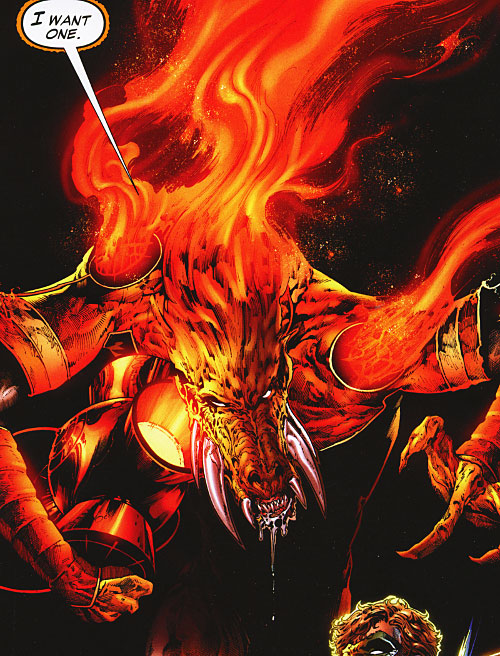 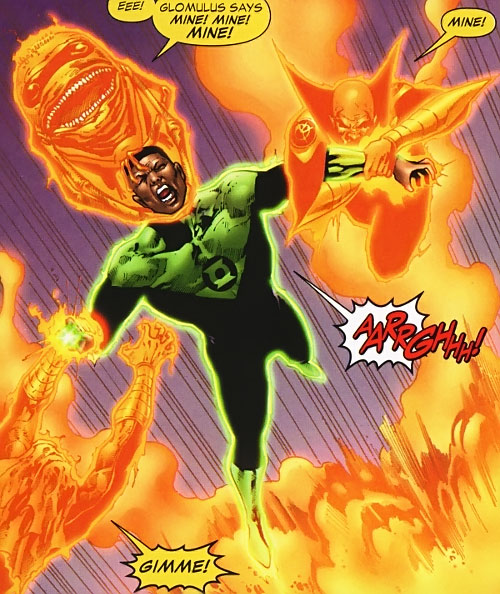