This organisation appeared during the early-ish, mid-1990s days of Wildstorm Comics.

Though the question “does the Vatican has superhuman operatives ?” seems inevitable once you’ve read any Dan Brown, the Order of the Cross is one of the few explorations of this among major publishers.

It’s not deep, but it’s there.

Full Name :
Order of The Cross.

Purpose :
The Order of the Cross is now the special operations team of The Vatican. They seek to protect Christendom throughout the world.

Modus operandi :
They send specially trained monks to investigate. These are usually qualified to take any measure necessary to prevent disasters.

They’re supposed not to interfere with mundane affairs, only in mystical, Christianity-oriented ones.

Extent of operations :
Their agents have been known to operate anywhere on Earth.

Relationship to conventional authorities :
During the Middle Ages, in Europe, it was respected just as any religious militant order. Such as the Knight Templars.

In the Modern Ages, at least until recently, the Order was considered to be but a myth.

It’s now a secret order. Members and sponsors keep their relationship with it as quiet as possible.

There is no official relationship with other authorities, but many non-official ones. These patrons are influential and wealthy, so the Order is well equipped and well informed. They also take direct orders from the Pope.

Bases of operations :
The main H.Q. is in Rome – in the city of Vatican. But any Roman Catholic church is virtually a haven for the Order’s members.

In the USA, the Abbey of Montcairn is second to Vatican City as a training and ops center.

Former bases of operations :
Any major Roman Catholic center of decision, throughout history, housed movers and shakers of the Order. 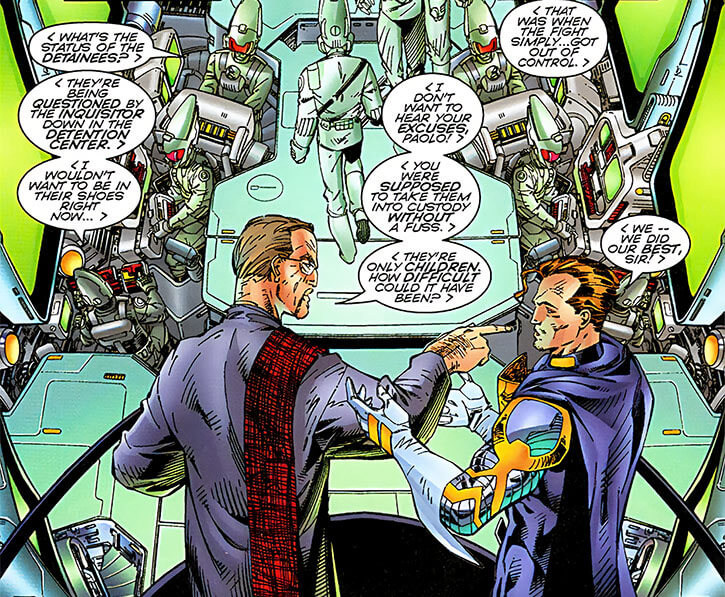 Number of active members :
About 1,000 active agents and 10,000 administrative personnel all around the world.

Number of reserve members :
Usually, members are dedicated to the Order for life, but we can easily imagine that members retired. Though, as it’s a matter of faith, they should be able to quickly saddle up again if necessary.

Organizational structure :
It’s now a militant branch of the Catholic Church, so it shares its hierarchy (The Pope, Archbishops, Bishops, Abbots…). But it’s ruled by a circle of 11 Cardinals.

Known officers :
Among the leading Cardinals, only two have been named : Cardinal Thomas, Cardinal Giovanni.

Membership requirements :
To join the Order requires a deep commitment to the light of Christ. All members take an oath. Needless to say, the Order has means to determine if an applicant is sincere or not.

They don’t accept anybody though, they usually admit people with intensive investigative or military background.

Swiss Guard :
The Vatican’s garrison, the Swiss Guard, can be considered the first line of defenders of The Order of the Cross. They are just like regular military.

They are equipped with protocolary armor and gear, but they could also rely on more modern, Black Razor like, armor and weaponry (though they are still mooks).

Standard operative :
The standard field agent (I’m not talking about administrative personnel here) is usually a formidable fighter and investigator. They are all monks or nuns, dedicated to the glory of God and sworn to repel any evil back to Hell.

Elite operative :
Since they have recently been confronted with more mundane, but still super-powered, menaces, The Order of the Cross sponsors a team of SPBsSuper-Powered Beings, known as The Centurions and nicknamed “The hand of God”.

Its members are Volare, Velena, Armato, Domina and Surge. They are based in an near Rome.

The Order of the Cross is the keeper of many biblical artefacts. Including the Holy Grail, the Sword of Heaven and the sigils summoning the Horsemen of Apocalypse.

Their agents can rely on any conventional military, intelligence or communication equipment. 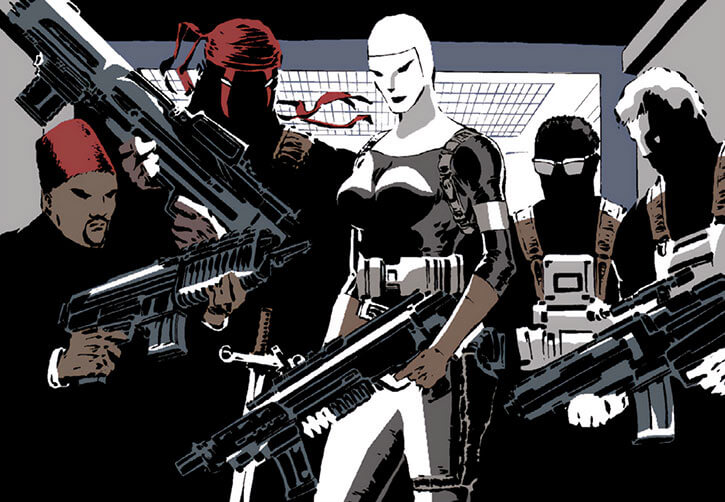 Founder :
The brother that first held the Sword of Heaven to strike down the Black Angel, thus allowing Christ’s resurrection.

Other leaders :
Over 2,000 years, the Order has seen many leaders.

Previous purposes and goals :
At first, they dealt with any major threat involving a Biblical menace. By “Biblical”, I mean something that was usually related to old religious texts like “The Dead Sea Scrolls”, and often eschatologicalRelating to death, judgement, and the final destiny of the soul and of humankind.

But as their number grew to include powerful political and military figures, they lost sight of their original mission.

It was the discovery of the “Book of Judgement”, among the Dead Sea Scrolls  , in 1955, that reminded them of the menace of “The Black Angel”. The Book held a prophecy that the Angel would release Satan from Hell, to storm the doors of Heavens with an army of demons.

Major campaigns or accomplishments :
The most famous campaigns they won are those against the Black Angel. At least twice, throughout human history, did they managed to ban him from the surface of the world.

Major setbacks :
When Daemonites placed a nuke near St. Peter’s Cathedral, the Order had to rely on StormWatch to save the city.

When Gen13 had their vacations in Rome, the Order’s SPB team thought the teenagers were a menace to the Church and chased them.

Back to the wall, he then joins the Order’s crusade against the Black Angel. With the help of former Team 7 partners (Backlash, Dane, Grifter, Lynch), he manages to destroy him before the Angel can drain the Child’s life force to open the gates of Hell.

Gen13 #6-7 : European Vacations.
Gen13 are quietly having a good time in Rome. After getting drunk, and spending the night with Burnout, Rainmaker rejects him.

This drives him mad and he flames on and rockets into Roman air.

Noticing the outburst of unnatural power, and fearing that StormWatch would step on The Order’s jurisdiction, Cardinal Giovanni dispatches the Order’s Roman SPBs team. They fight the teenagers and manage to capture Fairchild, Freefall and Grunge.

However the brawl got out of control, destroying property and endangering civilians.

With the help of Bliss, Burnout recovers Rainmaker. They then breach the Vatican’s security, making enough of a mess to be a diversion for the others to break free. 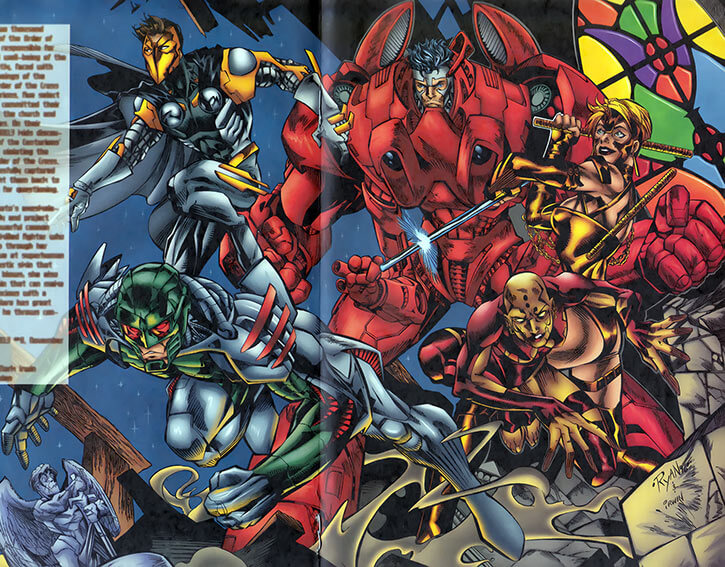 Intensive Training, Iron Nerves, Rich Friend (The Order), Scholar (Bible), Protection From Evil (any power fueled by evil energy as a +2 CS penalty on OV/RV), Near-Immortal (for those who were worthy of The Holy Grail).

They carry the tools of their trade, knives, handguns… as any military covert organization would do.

The Order’s most sacred (or unholy) asssets.

These artefacts were kept as the most dreadful evil objects in the Vatican’s deepest vault.

They are sentient powerful evil creatures whose essence is trapped in Sigils. They need a corpse as a host body (for Dex, Str and Bod). The Sigils have access to the hosts physical skills and powers. They share those stats :

They four Horseman-specific Powers (all are Always On):

NEUTRALIZING SUITS [BODY 04, Neutralize: 13, Bonus: Area Effects on all the powers of the wearer, Limitations: No Range, Only affects the Wearer].