Org’s one trick is that he can play the drums in an hypnotic manner, making those who hear him his slaves. Obviously there were various limitations since he didn’t just take over a city by playing on the street. Our game statistics present a reasonable set of limitations for him.

His big break came when he found a species of gigantically enormous spiders, and took control of a dozen through his drumming. These were the size of an adult elephant, and easily able to wrestle one and bite pachyderms to death.

The spider army could wreck a town or a small forest within a day. They seemed to be purely hunting — not weaving — spiders.

The monster spiders could perform immense jumps, and run much faster than a human. Several scenes have them standing over treetops – between this, their jumping and their ability to move silently it seems that they can somehow lower their mass as needed.

Also, they seem to have ten legs, so I guess they aren’t spiders. Technically.

Unlike most everyone in “the jungle”, Org was evil and wanted to be a conqueror. His big break came in 1941, when he found in a corner of “the jungle” a species of humongous, brightly coloured, aggressively territorial mega-spiders.

Enslaving them with his drumming, Org led them against a desert city vaguely reminiscent of post-Islam Timbuktu. This was a carnage, with thousands dying and the survivors desperately fleeing the unstoppable monsters. Inevitably, Fantomah then came for Org. 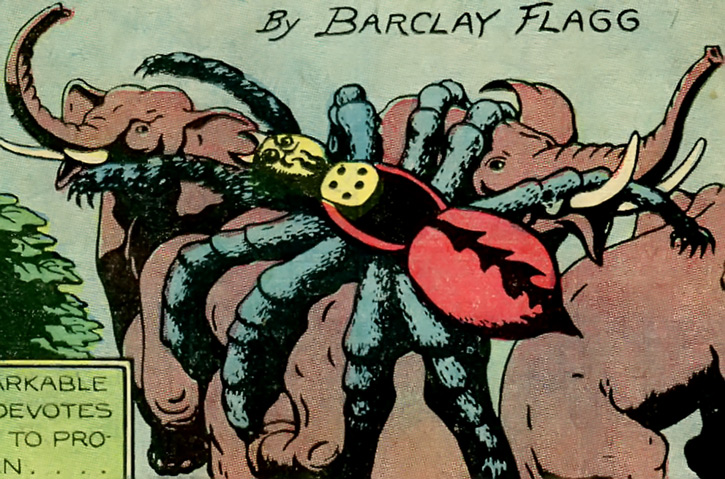 He had the time to kill many more animals and the denizens of a jungle village before she caught up with him. Fantomah shocked Org so he couldn’t play drums anymore ; with the mind control broken the spiders beelined for their native area.

Fantomah then flew a panicked Org, trapped in river herbs, to the spiders’ forest where they killed him. She then shrunk all the spiders to a tiny size so they wouldn’t be a danger anymore.

“What would we do without Fantomah ?” wonder the natives.

Org seemed bitter and power-hungry, and enjoyed the terrible carnage and destruction the spiders wrought. He just wanted to own everything, even though all that was left in his wake were deserted ruins and corpses.

Who knows what evil lies in the heart of men, heh ?

Bonuses and Limitations:
Both Skills are Elementally linked to Gravity Decrease.

Advantages
Misc.: the spiders always know the direction toward their native forest.

The description of Hypnosis is mostly speculative – it’s based on limitations implied by his strategy, but weren’t positively demonstrated.

One assumption is that he ordered spiders to sleep as he neared the end of his drumming endurance, and started playing again before they would wake up.

Writeup completed on the 9th of September, 2015. 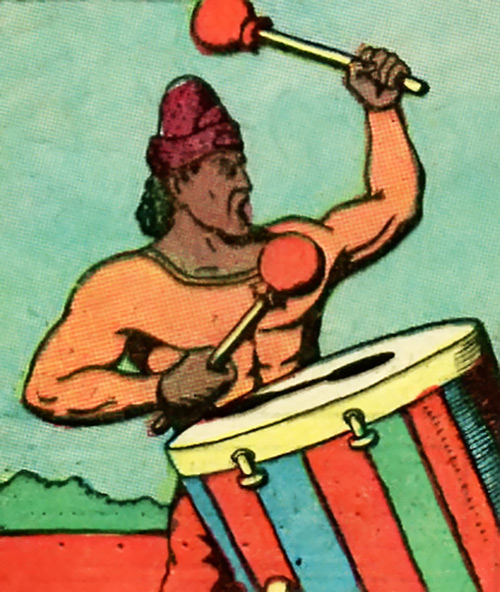 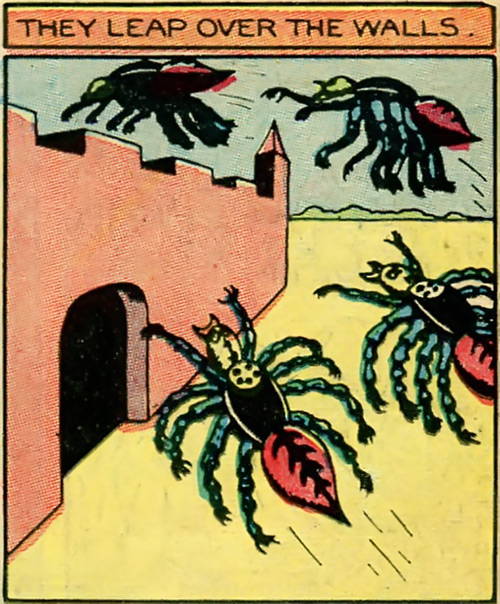 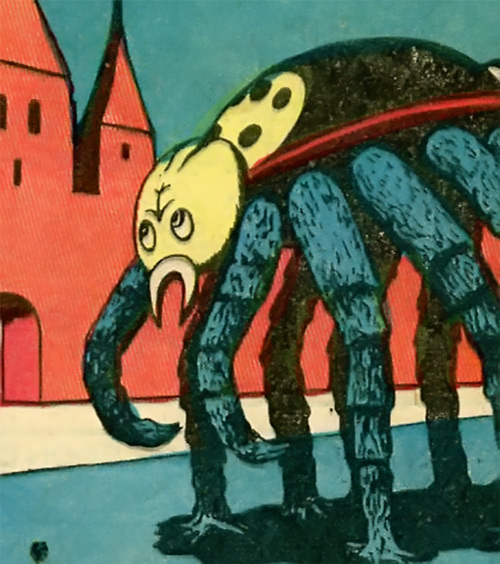