I’ve found a place to live – I got it the hard way.
A permanent address to give – I got it for always.
Nobody can tear me loose.
They tell me there’s no escape.

The Fall of the Dungeon Guardians is a minor indie video game, published in 2015. It is a first-person-view, grid-based dungeon crawler evoking older classics such as Wizardry or Ultima Underworld. For younger players, the main reference will likely be retro revival The Legend of Grimrock.

The game is developed by just one bloke, so it remains straightforward. But I thought that the start of the story, to justify a dungeon crawler situation, was interesting.

As with most blobber RPGs , the Player Characters  aren’t defined at all. Therefore, the material here about the PCs (everything up to the Warden’s death) is completely made up. And yes, there’s a small Ultima joke  since the genre owes so much to this series.

This entry isn’t unlike the profile for the Nguyễn siblings, our sample Avernum adventuring party (which also has a traditional CRPG composition). Or Owen’s Formation Raiders, our sample Might & Magic X: Legacy party.

As the game starts, the Oubliettes have but a modest amount of training, and zero combat experience. They are rookie corrections officers. Or in other words, minimum wage security guards. They’re not any sort of elite fighter.

Their survival hinges on two facts :

They are pretty good choir singers, too. Which does have a tactical use, as we’ll see.

Their main talent are :

As they fight their way through the prison, they considerably harden and grow in power and competence.

Songs of faith and devotion, part 1

In-game, the team has a key ability. It can quickly interrupt an enemy ability. Though one specific character does it, the lengthy cooldown applies to the entire roster. Thus, you can’t have two characters doing interrupts, to do these twice as often. So in effect it’s a team ability.

This is a typical video game element, making boss battles survivable if used right. So it’s critical to the Player Characters’ performance, and needs to be in their DCH writeup.

In-game it is represented by a kick. But that can’t be what it is in-universe. Most bosses are far too big to be interrupted by a kick. And if there was a weak point, you wouldn’t kick it. You’d take an axe to it. As often – video game logic .

So let’s completely make something up.

Songs of faith and devotion, part 2

Let’s assume that magic (spells and spell-like innate abilities) in the setting is performed by sound. The person or creature sings a specific sequence they have mastered, and these few seconds of notes conjure an effect. There could be a pantheon of gods providing the actual magic, each associated with both certain magical effects and certain tempos and vocal ranges.

In this made-up system, major rituals would be handled as various styles of in-church choir singing. In a military context, some units might use loud instruments with a specific sound, such as bagpipes, for battle magic.

Thus, the Oubliettes being the women’s equivalent of a barbershop quartet could be the source of their video game interrupt ability. Counter-spelling could require high vocal ranges “wielded” as close harmony singing styles. And Dwarven women might be known for their high-octave-capable singing voices, and thus their affinity for soprano spells.

Songs of faith and devotion, part 3

Thus, the interrupt might be a close harmony thrilling sound around a F6 note . This second-long, high-frequency sequence is a spellbreaker, working even if the magical effect they counter isn’t a proper spell. But it disrupts the *action* of invoking, not already-cast magic.

Obviously, delivering a F6 (or even backing it as part of a singing quartet) isn’t easy, even for trained Dwarven ladies. This explains the cooldown – they need a bit of rest, breathing and refocusing before they can do it again.

Our game stats assume that it could counter other spells. So they might sing at Doctor Strange to counter his Bolts of Bedevilment. And heh, may it could work once due to surprise.

Here’s the one-minute trailer for the game, to get a visual sense of it.

Julia od Kraina Głębi left said Dwarfhold as a young adult. Rather than the usual life of backbreaking labour, an uncle could get her a sinecure in Human lands.

The position was with a high-security prison. The complex went 20 levels deep, but only the last one was currently occupied. The other levels were there to deter intrusions.

For instance, the corpses of slaves who had died excavating the facility were left to rot, so they would raise as hostile undead. And baby giant spiders had been brought in to create nests. This formed a deadly, err, gauntlet  – well capable of killing intruders.

The facility’s warden had been recruiting a few Dwarven guards in recent weeks. This seemed reasonable, since the posting was deep underground with few liberties.

When Julia arrived, the skeevy-looking warden assigned her to the most junior corrections squad. This, too, sounded reasonable.

However, she was surprised by the rest of the squad, who had arrived over the previous fortnight. All four badges were blonde, short, buxom Dwarven lasses with long hair. The others suspected that the warden was some sort of fetishistic creep, and the arrival of a fourth solidified their suspicions. Two could be a coincidence, but three or four was enemy action.

The situation was awkward if not outright threatening. But the four newbies bonded over bottles of wine. The boss seemed to be a leering authoritarian creep, but the rookies would be much safer if they stuck with each other.

To keep their spirits up whilst they guzzled spirits down, they decided to form a singing quartet called the Oubliettes. Coming from the same general area, they all were trained into a distinctive, regional choral singing style.

The rookies were woken up by commotion near their dorm. The Warden said something about a prison riot and needing outside help, then jumped onto the only elevator out. Furiously working the hand crank to rise, he was clearly leaving them behind to die.

Seconds later, the elevator came crushing down, on fire. The burning and screaming Warden disappeared underneath.

Though mourning the boss wasn’t on the menu, that left only one way out. And the odds of a few rookies with dingy, lowest-priced-contractor weapons and armour making it through the hostile levels were dismal.

Cautiously scouting, the newbies found no other guards. But all 15 high-value prisoners were gone from their cells. Furthermore, a score of undead slaves had somehow slipped into the 20th level, which was supposed to be sealed against that.

Thankfully, these skeletons were very old. With enough coordination among themselves, the rookies could dispatch these if they were careful.

Exploring the 20th level led to the discovery of a hidden quarter in the prison. These secret cells were also empty, but were well-stocked with torture equipment. Furthermore, there was a discreet entrance in the Warden’s office leading to this hidden quarter.

Investigating further was impossible though. The Warden’s office was ablaze with an odd magical fire that couldn’t be put out.

As they neared the 19th level, the young guards ran into one of the prisoners. It was Horno, a warrior with a magical power and a really big sword. Somehow, he *did* have said sword on him, as well as his armour and his titular horned helmet. The skeletons who had broken in also seemed to ignore him.

Thankfully, Jaana had heard about his most dangerous power. Thus, the rookies could coordinate among themselves to compensate for it. And so they managed to kill Horno before he could kill them.

But still… something was really wrong. And Horno was the least powerful prisoner in supermax…

Close-harmony women’s singing was mostly making pop music charts in the mid-XXth century. A typical example would be the Andrews Sisters in the US.

It is still practiced, of course. Here’s a recent-ish example of British not-quite-amateur-anymore trio the Lounge Kittens. Let’s take a song often covered in close harmony singing (up to and including choir singing) – Toto’s Africa.

The Oubliettes are armed and armoured from random supplies. These were left behind in the sealed levels for suitable monsters (such as the undead) to arm themselves.

Some seem to come from hapless mercenaries who were sent in to test the security without proper information, via the prison’s sole elevator.

These stats are for the team at an early stage. Level 2 at most. This is both to keep the stats and gear simple, and to conserve the hook of depicting rookettes rather than yet another team of hardened experts.

The equipment has been downplayed, so the Player Characters have more room to find better equipment.

Bonuses and Limitations:
Evasion: must wield a shield.

I live alone, rent free — there’s nothing to pay here

As the game progresses, the four-person team improves via an equipment treadmill gameplay. They also level up, unlocking talents reminiscent (in talent trees and cooldown-based, hotbar use) of classic World of Warcraft talents.

In DC Heroes RPG terms, their very low power level is offset by preferential Character Advancement pricing. They have to watch their use of spells and counter-spells (which are Marginal) but there’s generally enough to keep advancing. Each “boss” (powerful escaped prisoner) also comes with a solid award of HPs.

The Nguyễn siblings may not be a bad approximation of the party at high levels, since both deliberately follow a formulaic four-man party heroic-fantasy CRPG composition.

The rupture condition is inspired by the addition of wine and food drops to the loot tables, even though (at least when I played) they were only useful for the most reckless playing style.

Source of Character: Inspired by the Fall of the Dungeon Guardians video game. 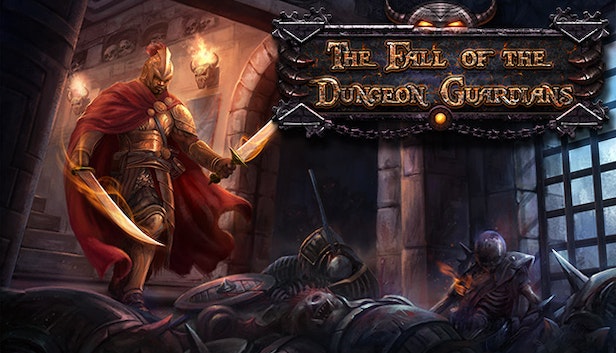 The Fall of the Dungeon Guardians
Advertisement