Cannibal Catch and the Wanderers are two excruciatingly minor mercenary groups in the Marvel Universe. They appeared in but one Nomad/Captain America storyline.

They get short profiles because they occupy a grey space between stock, faceless thugs and “named”  characters. They’re still generic, but they get a code name, a gimmick, an individual visual and are a pip above generic elite muscle in competence.

As such they could be useful in stories where the hero(es) are closer to action heroes than to super-heroes.

On a cover he’s seen wielding boomerang-shaped throwing blades rather than a crossbow. One gets the impression that the crossbow was a mistake, and that he was supposed to have the throwing blades instead. In that sort of team, members usually have a different main weapon.

Like the rest of the Wanderers Outback prefers having situations turn into a brawl rather than a gunfight. This is presumably to avoid severe wounds.

The Wanderers are a small team of street-level mercenaries. It is possible that they are all from Australia, since their leader Outback clearly is.

In 1993 they were hired by Doctor Faustus, who was then attempting to become the kingpin of Florida. The Wanderers captured the vigilante Nomad (Jack Monroe) while he was drunk. They delivered him to Faustus for brainwashing.

They then accompanied their employer during an assault on the Slug’s place. The Wanderers defeated the rival mercenaries of Cannibal Catch in a brawl. But they then ran into Captain America, with predictable results.

A confident mercenary. Despite the outfit and codename, he’s not big on comic book australianims, Bruce.

“Roped, mate. Now’s time t’get branded, ’cause the Wanderers caught up to you !” 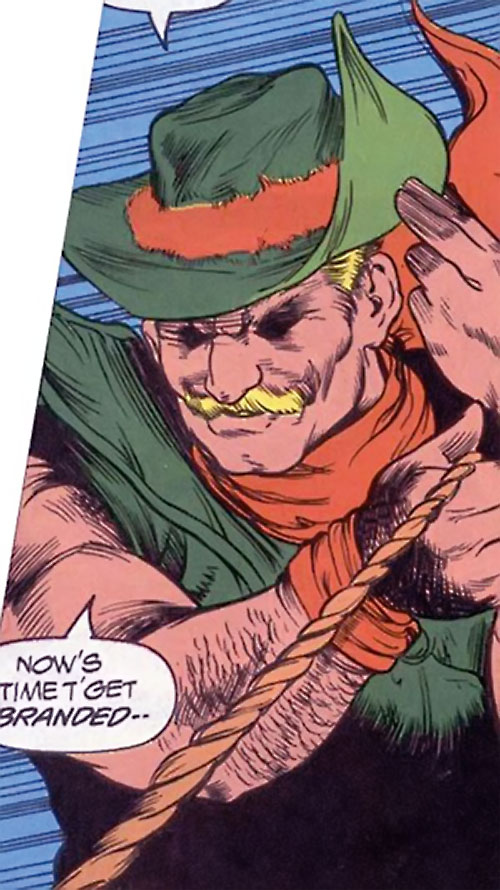 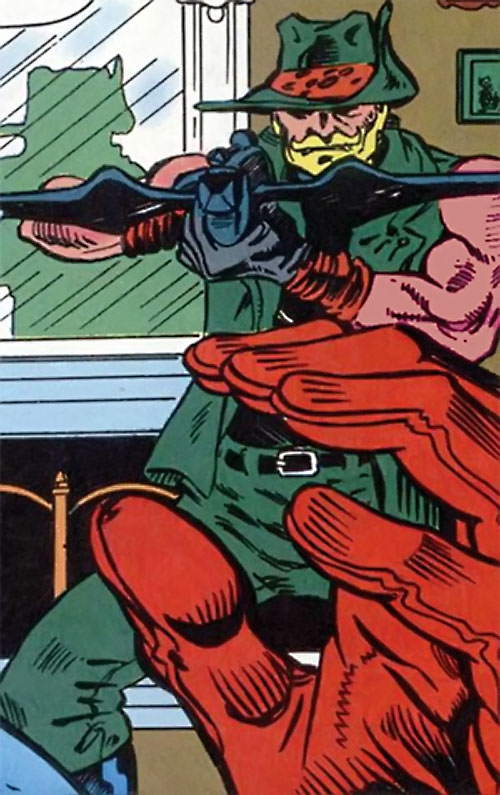