Outlaw appeared in one of Kim Yale and John Ostrander’s Manhunter issues, in 1989. He then popped back for an encore in a few late-run Suicide Squad issues, in 1991/92.

John Henry is a victim of the Meta Bomb released during the Invasion . He received treatments at Belle Reve for his “affliction”, but he was able to overcome them.

Martin once states that he weighs over a ton. That doesn’t seem compatible with his interactions with surfaces (such as wooden stairs), though he had to reinforce a motorbike so he could ride it. We this went for an estimate close to 500 lbs.

One gets the vague impression that his power and density had increased between his 1988 appearance and his 1992 one.

Martin has extensive experience with brawling, motorcycling and low-level crime. He also has some low-level criminal contacts, primarily among outlaw bikers.

John Henry Martin grew up on his pa’s farm in Dawson, Georgia. He spent much of his life in reform school or in prison, as he never was much for following rules. He apparently rode with at least one outlaw motorcycling club, and came to love living on the road.

But it was while he stayed in Dawson that he fell hard. A local drug lord had the sheriff, the judge and the D.A. in his pocket – but a cop was nevertheless to testify against him. This policeman was seeing Lydia, Martin’s ex-girlfriend. That made Martin, with his lengthy criminal record, a perfect fall guy after the rogue cop was murdered by the drug lord’s men.

Martin was in prison during the Invasion. The Gene Bomb granted him super-strength. He half-involuntarily tried to escape due to the fierce pain, accidentally wounding several officers. But his lack of control sent him crashing hard, and he was arrested. Martin was sent to the Belle Reve prison, where a Federal treatment seemed to permanently neutralise his powers.

Born to be wild

But he actually retained his abilities. John Henry escaped whilst transferred back to Georgia, accidentally killing a guard. He had picked the spot – it wasn’t far from an old biker friend of his, who lived in the swamp. This man, Brody, gave John Henry a bike to ride back to Dawson. They reinforced this hog so it would take Martin’s weight and strength.

Martin knew that bounty hunters were after him. That included Manhunter (Mark Shaw), whom he had met in a New York prison. Shaw did find Martin, and offered to help him expose the drug lord and crooked sheriff in Dawson. Martin refused, and as they fought the local police came in – along with their paymaster.

However, Shaw was wearing a wire and had made a deal with the state police, who came in in force. Martin killed the drug lord in the fray, then chased down the sheriff. They were both stopped by a state police road block. Martin chose to kill the sheriff anyway, and resultant police gunfire made him fall off a tall bridge.

Though he hadn’t quite expected to survive, he did. And Manhunter declined helping for a body, as a matter of honor.

Two years later, John Henri Martin joined the Suicide Squad during the War of the Gods  crisis. Amanda Waller recruited him as she was rounding up whoever she could to back Black Adam during his assault against the forces of Circe.

Both Waller and her lieutenant the Bronze Tiger seemed familiar with Martin. Apparently, the Tiger and Martin had worked together in Beirut, and Martin had adopted “Outlaw” as a moniker. The simplest hypothesis is that he worked as a merc on an unchronicled Squad mission, circa 1990.

Late in the Squad’s career, Waller assembled a team to invade the island of Diabloverde and end some grudges. In particular she wanted a fake Suicide Squad dismantled. Outlaw was a part of it, and helped Nightshade (Eve Eden) conduct reconnaissance. During the assault, Martin engaged Blockbuster (Roland Desmond), as specifically hired to.

Outlaw prevailed – according to Martin, hard time had left him a meaner fighter than Desmond. However, the dazed Outlaw was then taken down by Pathfinder, who hit him by surprise. Pathfinder saw that he could take down but not kill the super-durable Martin, and just left him behind as he was needed elsewhere.

Outlaw hasn’t been seen since.

John Henry Martin is a tall, muscled man, with long hair and a short beard. He wears jeans, boots, and a leather vest exclusively. His bandanna never seems to be out of place. He is every bit the one-percenter.

He has an older, rural working class Georgia accent and diction. Though he can downplay it if he prefers.

Though rough and tumble, John Henry is not an unthinking brute. He is smart and does not underestimate others. He has a live and let live attitude, which comes from a tough life and believes in taking care of your own business.

Martin abides by a rough code of honor, based on biker values. The main bits seem to be :

It also was important for him that his ex-girlfriend in Dawson know that he had been framed, and hadn’t murdered her police lover.

Though he’s undeniably a violent criminal, he doesn’t seem actively homicidal outside of personal vendettas. But his strength is difficult to finely control, which leads to accidental deaths. And, obviously, he has no trust whatsoever in the system.

Though Bronze Tiger seemed to like him, Amanda Waller called him “this character” and Eve Eden didn’t seem to like him much. His behaviour toward women may thus be boorish.

“The hard way. That’s the way I do everything”

“Like in the [prison] yard. You take care of your own business.”

“I’ve lived outside the law all my life. That’s why I don’t expect do die old or die nice. But I’ll be hanged if I’m gonna die for what I *didn’t* do.”

Blockbuster is the main benchmark to align Outlaw’s STR against. But Blockbuster’s STR is given by Mayfair as a 10. This is surprisingly low, though one suspects that this is set so he doesn’t Stun Batman with every blow (which would be the case with a 11).

So this writeups has Outlaw as strong as Blockbuster, but with EV to allow to destroy obstacles just like he did in Manhunter.

* Without Defensive Roll
** Blunt and unarmed impacts only

There are fiddly bits about his damage output and durability, to reconcile his Manhunter material with his Suicide Squad material. 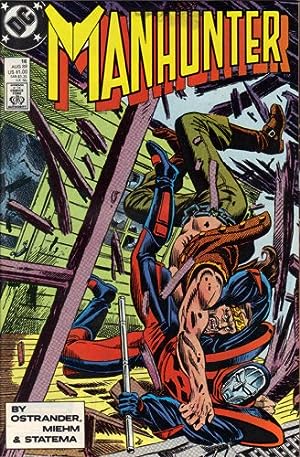 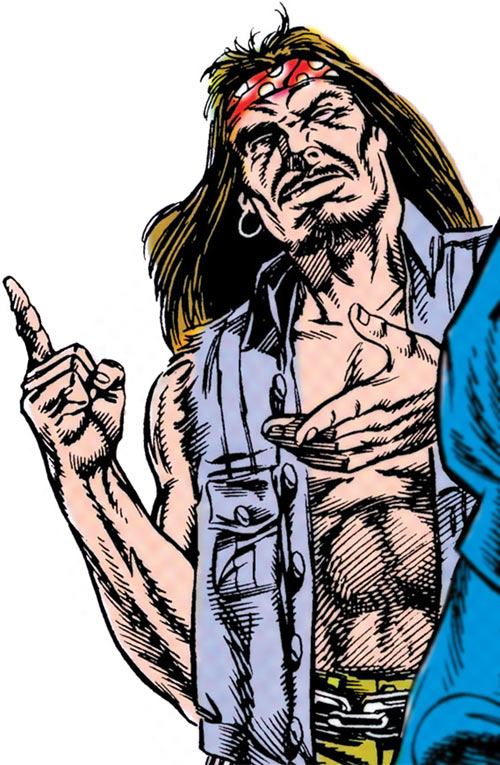 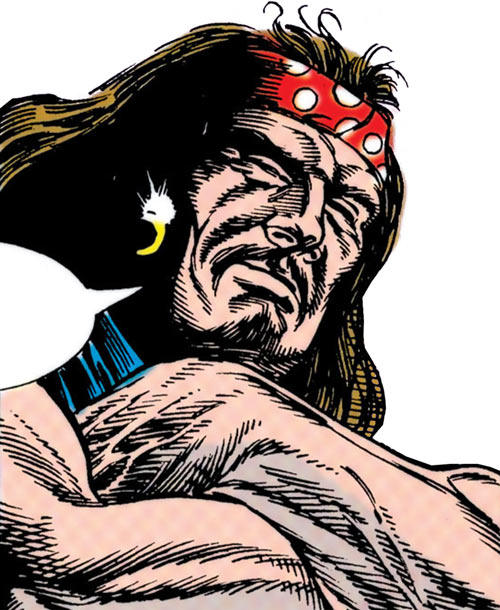