Overkill is a cybernetically enhanced member of his species, one of their top fighters. He has:

His armour also has a final option of a self-destruct system. It can cause massive amounts of damage, including destroying Overkill.

When the Martians invaded Earth, Tony Stark, not wanting his technology to fall into their hands, loaded it onto a rocket that he sent into space.

The rocket eventually crashed into the planet of a fairly primitive race. Exploring the new technology that had been delivered to them, they eventually learned to understand it. Their technological level advanced faster than their social sophistication, and they named their race after their benefactor.

Stark society developed as a strict matriarchy. The females had absolute authority, and the males obeyed them completely. Building huge factories to provide them with armours based on their benefactor, they soon polluted their planet’s atmosphere, using up its natural resources.

The Starks then turned their sights to other worlds whose resources they could exploit.

In the 31st Century, one of the Stark’s leading cyborg scouts was Taserface. When one of the planets in his area, Courg, was visited by offworlders, they were gone before he arrived. But he was close enough that when another group arrived soon after, he was able to confront them.

Attacking the Guardians of the Galaxy, he was unable to prevail. Still, he held them there until Stark reinforcements arrived. The reinforcement strained the Guardians until Firelord arrived to help them. The Stark were beaten, warned by Firelord to abandon Courg.

Taserface was extremely shamed by his defeat. But he was offered a chance to redeem himself, by undergoing further augmentation. In this new form he was renamed Overkill. He was dispatched to attack Guardians ally Firelord, and was beating him when the Guardians arrived.

He battled them, holding their attention while other Stark infiltrated their ship with explosives. He was winning the fight when ordered to withdraw, the trap set. The plan failed to kill the Guardians.

He later set up an ambush for Guardians ally Hollywood (formerly Wonder Man), as part of his revenge against the Guardians. They fought, but Hollywood eventually got the better of him, forcing Overkill to use his self-destruct system.

This presumably killed Overkill, although Hollywood survived it.

Aggressive and arrogant, sees all other races as inferior to the Stark, and himself as the ultimate Stark warrior. This self-image makes him unrelenting in combat, fighting without thought of retreat, unless ordered. Even then he only grudgingly falls back.

He retains his race’s trait of obeying the females, but his bitterness has diminished his willingness to obey them to a certain extent.

When in battle, he frequently enters a battle rage, incensed that anyone would dare challenge the obvious superiority of the Stark. He has a particular hatred for anyone associated with the Guardians.

“Someone has violated my claim — trespassed on my property — and for that they will die at the hands of — Taserface !”

“You thought me killed ! You thought my threat to you was over ! But realize now that my vengeance has only just begun !”

“For the greater glory of the Stark !”

“My road to revenge shall be paved with the heads of all those who wear the accursed Guardians star !”

Courg was part of an experiment by Brainiac to convert a primitive race into cyborgs. The race took quickly to the changes he made to them, and even continued to work on them when he suddenly disappeared. When Tharok stole some of their technology to upgrade his own cybernetic parts, the Stark began a crusade to punish his blasphemy.

Their search brought them into conflict with the Legion of Super-Heroes, but they eventually recovered their technology, although Tharok unfortunately survived the process. They have remained wary of entering UP space ever since, preying on smaller planets outside their area, but planning to eventually confront the Legion and the UP.

Equipment:
He usually has a craft capable of long-range space travel, and surface-to-orbit teleportation.

As Taserface he had DEX 07, STR 08, BOD 08, 50 HPs, didn’t have Energy Absorption, Flame Project or Neutralize, his Energy Blasts was at 8 APs, from his arm cannon or his pistol, and his Lightning was emitted from his face at 12 APs, and his Skin Armor was 2 APs. His MIA was also an SIA. 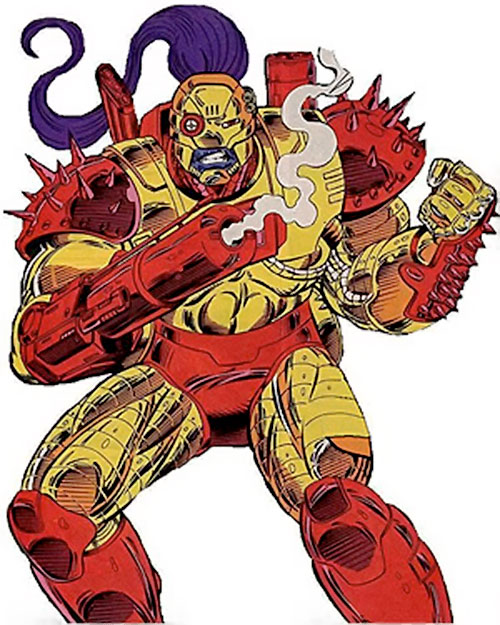 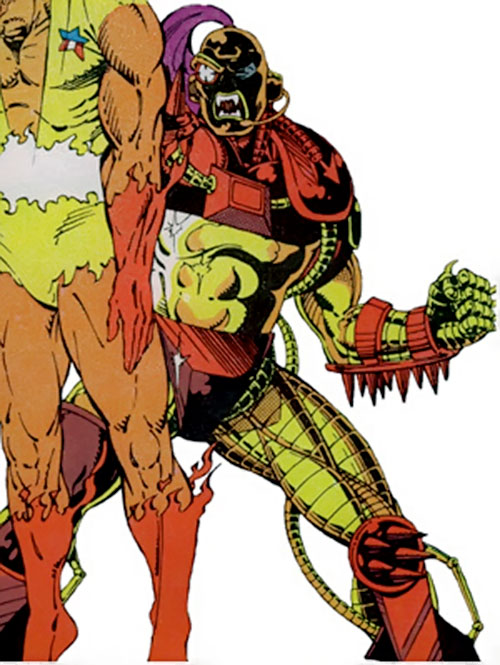 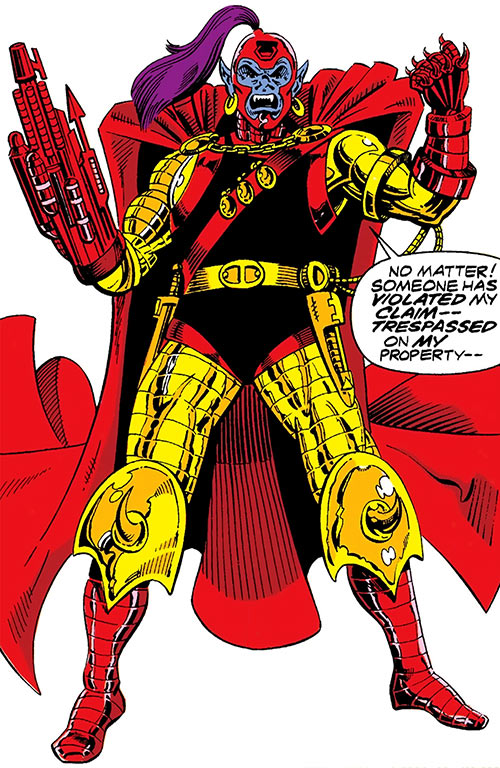