This demon was the monster-of-the-week in an early episode of Buffy the Vampire Slayer.

If you need context about this once-major show (it *was* many years ago, after all) you can first hit our Buffy Summers character profile.

The mask’s influence can raise zombies over an increasingly large area. The zombies animated by Ovu Mobani are unusually strong. Ovu Mobani will order his zombies to converge on his location while killing anyone they meet to increase the size of his army. The first zombie to reaching the mask will put it on, allowing Ovu Mobani to fully manifest.

Once Ovu Mobani directly possesses a zombie (in DC Heroes RPG terms, Personality Transfer), it enhances that zombie’s physical abilities even further. The demon makes it much faster and slightly stronger than the other zombies. Once merged with a zombie in this manner, Ovu Mobani can blast opponents with flashes of light from its eyes. These cause temporary paralysis.

Ovu Mobani’s visage is fearsome even to its zombie servitors. This inspired Xander Harris to note, “Generally speaking, when scary things get scared: not good.”

Joyce Summers received the Ovu Mobani mask as part of a Nigerian art collection for her gallery. She hung the mask as a decoration in her house.

The first night it was there it resurrected a cat buried in the Summers’s yard. Neither Joyce nor her daughter Buffy (the Vampire Slayer) knew the mask was responsible for animating the cat’s corpse.

By the second night, Ovu Mobani’s influence had spread far enough to raise corpses throughout Sunnydale. The resultant zombie army converged on the Summers’s home.

One of the zombies reached the mask and put it on, allowing Ovu Mobani to manifest physically. A brief fight with the Slayer ended when Buffy rammed a garden shovel through Ovu Mobani’s eyes, bringing its reign of terror to an abrupt stop.

The Ovu Mobani mask itself is a blocky visage of a human face bearing a malevolent leer. It is carved in dark-reddish wood, with long pointed off-white (possibly ivory) teeth (including extended incisors) and no lower jaw.

Once a zombie places the mask upon its face, the mask will bond with the skin of the zombie, becoming flesh but retaining the same color and shape.

When Ovu Mobani’s powers are in use, the eyes of the mask glow red.

Ovu Mobani was not made manifest long enough for its motivations or psychology to be explored in great detail. When it finally possessed a host, Ovu Mobani was mostly concerned with eliminating nearby opposition.

While the zombies swarmed toward the Ovu Mobani mask, they would stop to attack any innocent bystanders they came across. These events suggest that Ovu Mobani’s primary goal, at least initially, is simply creating mayhem or spreading terror.

GMs seeking an opponent for a low-power one-shot scenario with a supernatural theme could put Ovu Mobani to good use. Ovu Mobani’s threat level could rise considerably if it became active near a cemetery with powerful individuals, the most obvious choice being a graveyard with dead superheroes.

An additional story hook might be found in the disappearance of the bodies possessed by Ovu Mobani. The heroes might feel compelled to find out what happened if the bodies included deceased companions or out of simple respect for others who anguish over the vanishing of their loved ones’ remains.

Skills:
Ovu Mobani did not demonstrate any Skills during its brief manifestation, but one possibility is Occultist: 06*.

Ovu Mobani’s manifestation came to an end very quickly, so the Mental and Mystical Attributes are only speculation. Other speculative stats are noted when provided.

Once Ovu Mobani uses Personality Transfer to manifest itself in a zombie’s body, the following additional abilities can be used. 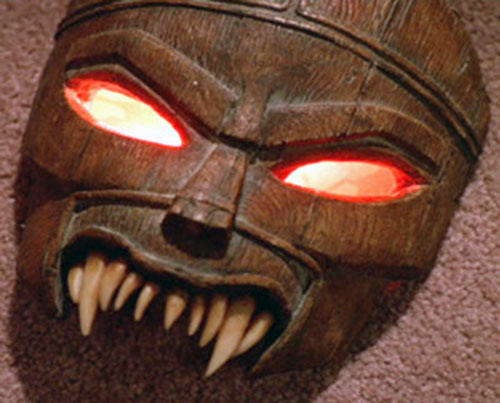 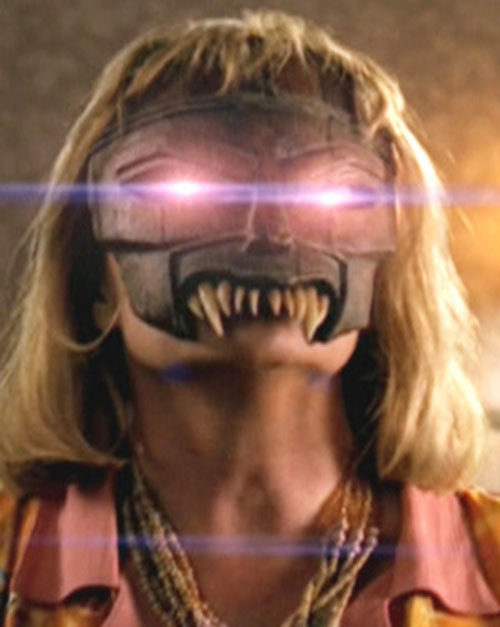 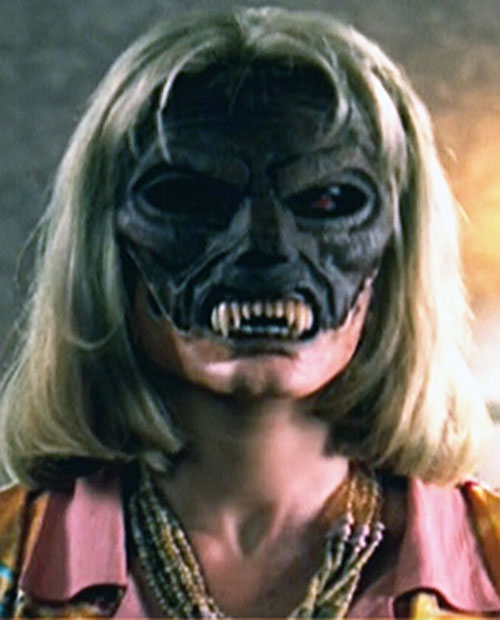 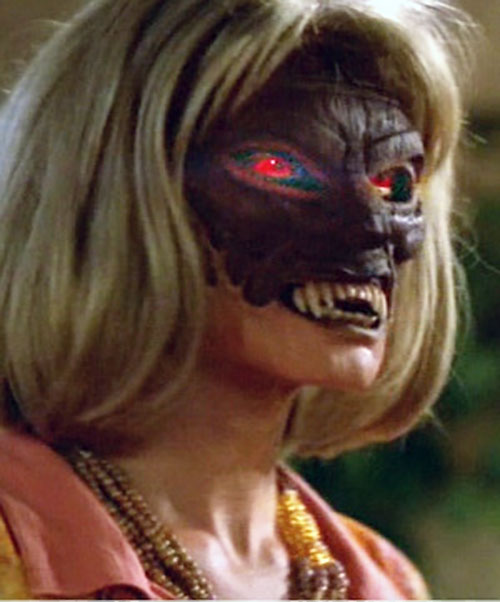