During this era, the Owl encounters severe medical complications. They are caused by his gliding serum use.

These are detailed in the History and Game Stats sections.

The Owl’s bases usually had an imposing throne with owl motifs.

The Owl once operated from the top floors of this high-rise, with a view over the Stock Exchange. Amenities included :

In 1977, the Owl had a base hidden within cliffs, not far from the original Aerie. It may have been the same place as the backup Aerie glimpsed in 1966. Features included :

Some signature 1976 music for that chronologically correct atmosphere… Yeah, Thin Lizzie fits nicely. Especially that one.

(This section starts right where the previous entry ended.)

By 1977, the serum the Owl had used for years caught up with him. Accrued nerves damage paralysed his legs. The Owl had to wear braces, and used crutches to painfully move around.

He had a new Owl Gang operating from a Wall Street base. However, his manpower was limited – and the Maggia was fighting him toe to toe.

This, and feeling vulnerable due to his crippled legs, led to recruiting the Man-Bull (William Taurens) as his bodyguard. The Owl’s men broke Taurens out of Ryker’s so he could take the job.

The Owl then kidnapped one Professor Kerwin. This expert could analyse the effects of the gliding serum, and develop a cure.

However, the selfish Owl didn’t realise that the Man-Bull considered his taurine form a curse. Taurens betrayed the Owl to keep Kerwin’s medical services to himself. But he was taken down by Daredevil (Matt Murdock).

The Owl was forced to flee.

The Vassar on the roof

The Owl soon switched to his backup plan. He attacked a Poughkeepsie research hospital. 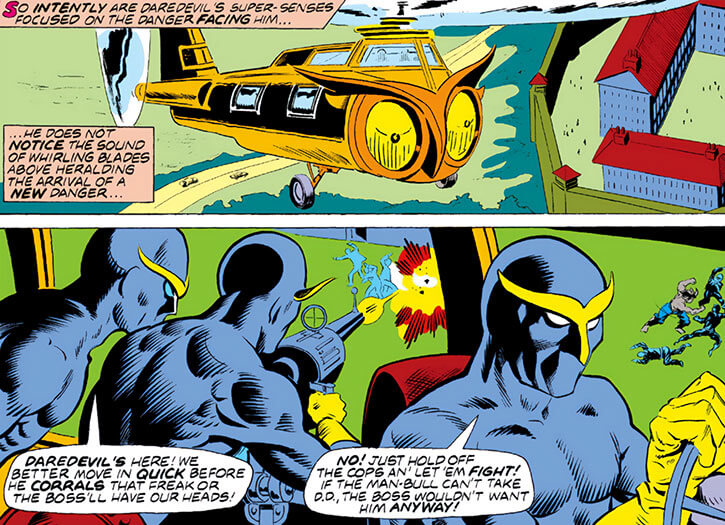 There, he forced one Dr. Petrovic to equip him with an experimental exoskeleton, plus a flight implant along his spine. Some of the tech was from the hospital, some had been brought by the Owl.

The Owl bluffed that there was a bomb rigged to go off if he ever lost consciousness. This also meant that the surgery had to take place without anaesthesia. The operation was a success, and the Owl flew away after beating Daredevil back.

However, the flight device had been sabotaged by the surgeon. The physician warned Daredevil, who tried to stop the Owl in time.

Flush with regained confidence, the criminal had greatly stepped up his attacks against other mobs. However, when the flight device failed he crashed into the frozen Hudson river.

The Owl’s personal rescue/medical unit was nearby. They intervened in time to save him.

Then once Professor Kerwin was no longer under police protection, the Owl returned to kidnap him.

Kerwin’s treatment and the following surgeries were a success. The Owl almost entirely regained the use of his legs. He recovered from the damage wrought by nearly dying in freezing water.

By 1978, the Owl had rebuilt a sizeable Owl Gang in his Aerie. Though he still needed a few days to recover from receiving a pacemaker, he decided to have his revenge on Daredevil right now.

However, the jewelry robbery he used to reel Daredevil in also brought Spider-Man (Peter Parker). The two heroes overcame the Owl’s defenses.

The villain put a gun to Kerwin’s head to force their surrender. However, Daredevil and Kerwin played mind games with him. Within the agitated Owl, the too-recently installed pacemaker was overloaded. The villain collapsed.

The Owl was expected to remain comatose. Yet he recovered his full mental faculties.

However, his body was mostly crippled. He only could operate his arms and head. His somehow still loyal henchmen bought a high-tech hovering chair/life support system from the Maggia.

(One could imagine that this chair had been used by Don Silvio “Silvermane” Manfredi after a stroke or something.)

In 1980, the Owl and his gang prepared strikes against the Maggia, so he wouldn’t owe them for the chair.

But the amount of weapons and supplies they were procuring drew the attention of both the Black Widow (Natalia Romanova) and Spider-Man (Peter Parker). At that point, Romanova was assisted by Simon Stroud, a former CIA man.

Though the Owl was backed by a small army with advanced weapons, he was defeated.

During this era the Owl is highly driven to cure his disability. His self-image as a dominant, alpha male of power is so strong that he cannot accept his condition.

The rest of his behaviour is unchanged.

The illustration with the claws is slightly anachronistic – they appear one year later. This era didn’t have a lot of usable art.

This entry continues in part #3 !

Bonuses and Limitations:
Evasion only when he can maneuver, which normally requires his CAPE.

The Owl’s SPR effectively reduces his DEX and STR to 00 when it active. That’s a score of null APs, not an absence of APs.

The SPR was lifted during the brief period when the Kerwin treatment was almost ended. The Owl can also restore one AP of DEX (and land speed) using crutches.

In his Aerie, he instead used a motorised wheelchair.

Does he still has the Stroke of Genius ? After all, he’s been through enough brain damage to lose this knowledge.

I’m keeping it out of general cautiousness, if it ever pops back in a later story. 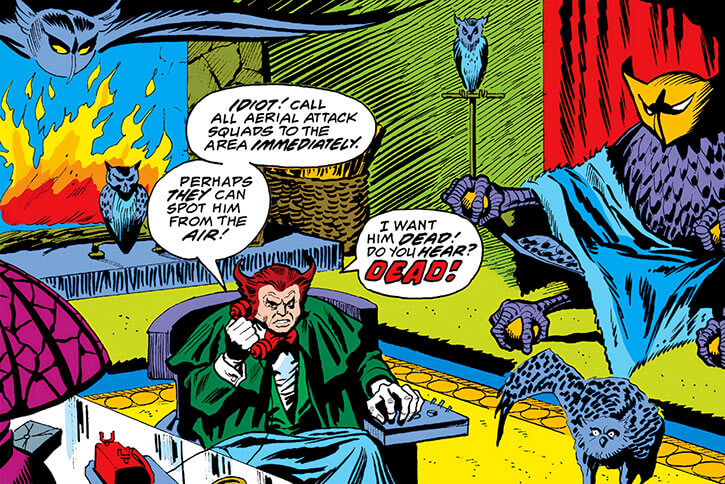 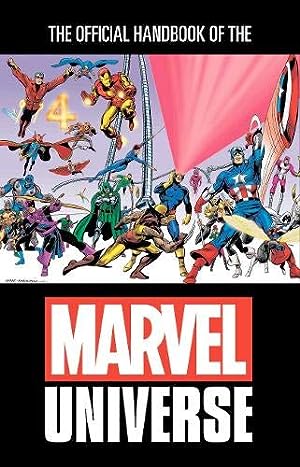 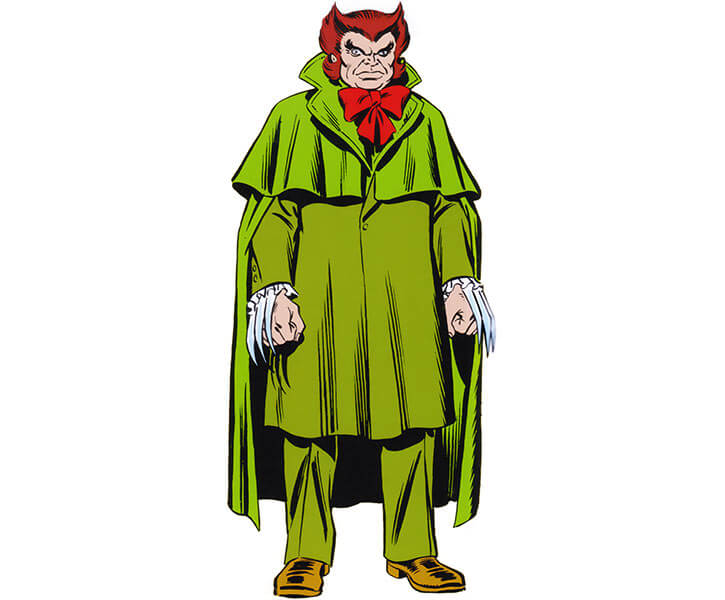 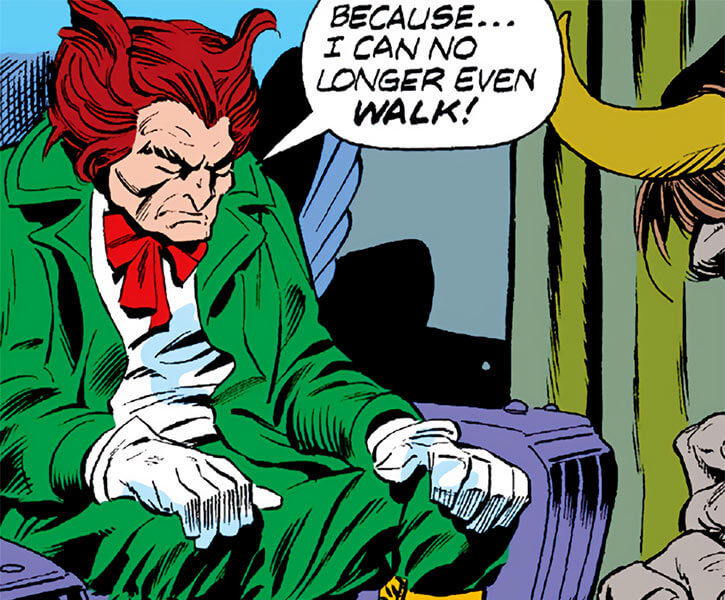 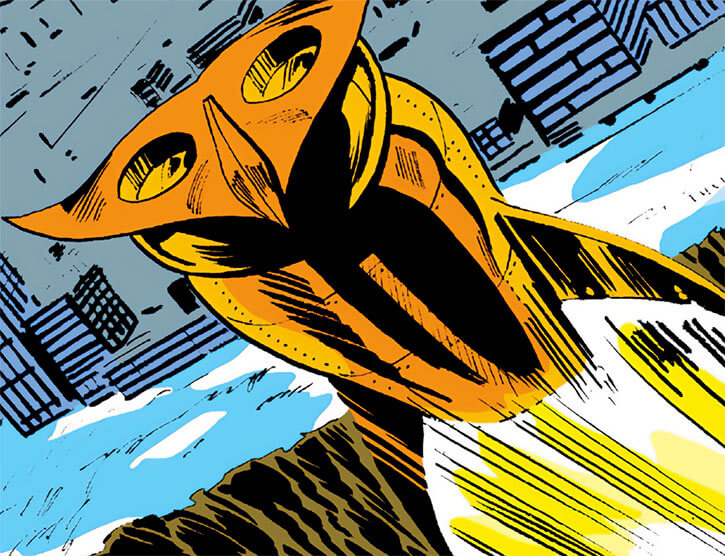 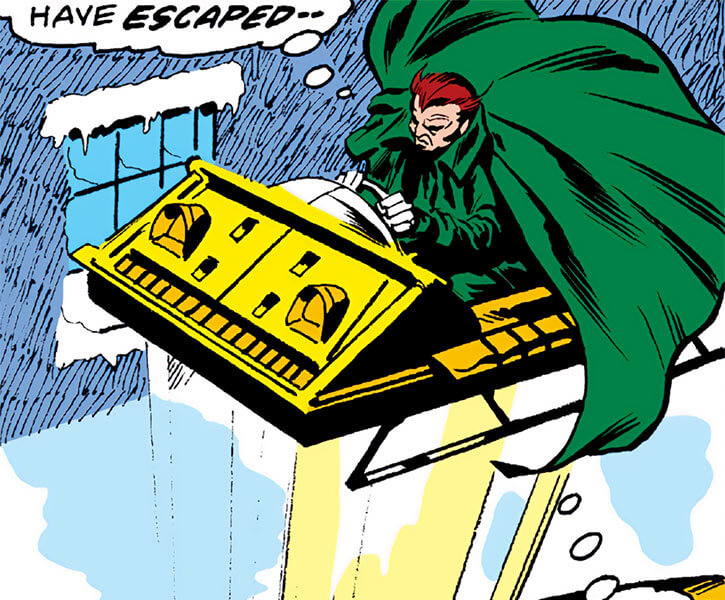 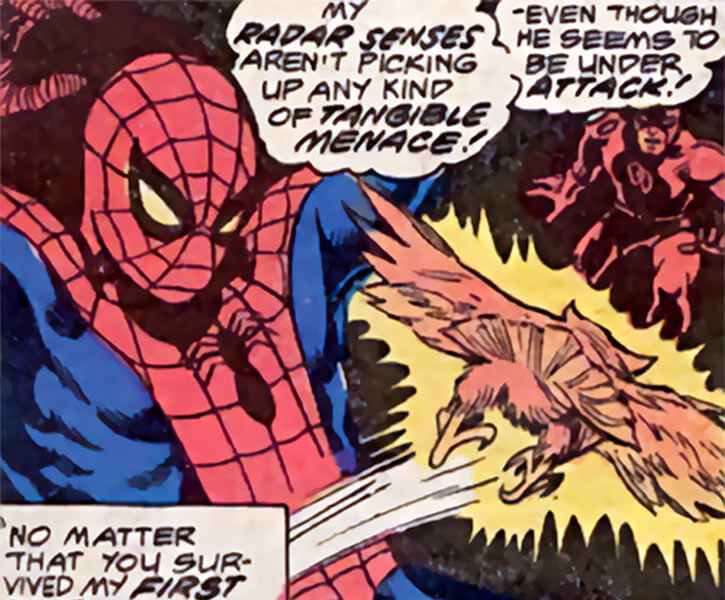 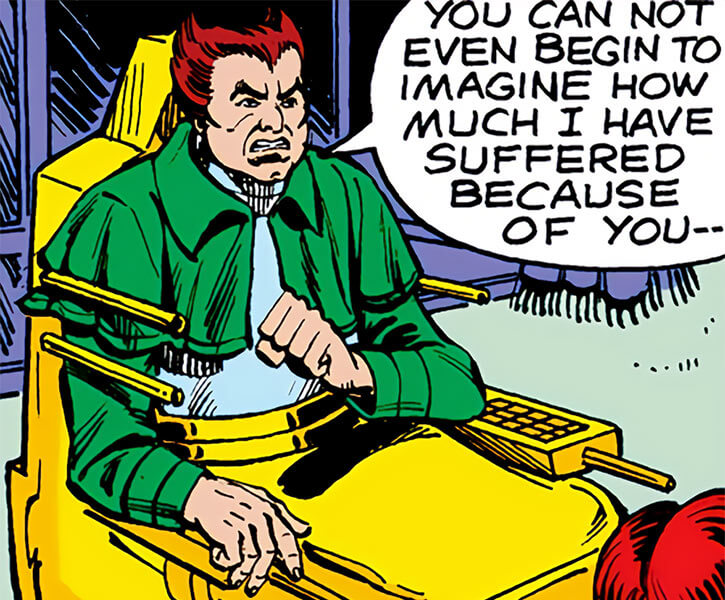