Before reading this profile, be sure to peruse :

Owlman reportedly sports an enhanced brain. As such he’s the planner and dreamer of the Crime Syndicate, coming up with their strategies.

In particular, Owlman often has devious ideas about contingency magic for Power Ring’s ring to implement.

In practice his plans are rather simple. But planning seems harder on Earth-3.

He could also see in the dark, but with very limited range (Ultra Vision). Because owls see in the dark, yes ? One suspects this is done with contact lenses in order to justify his “Owlman” moniker.

His main gadgetry are gas grenades, and an “illumina-gun” that can easily knock people out using bright light.

Owlman is once seen shooting a blast of energy from his left palm as Hawkman seizes the gun in his right hand.

The simplest explanation is that Owlman used his hypnotic power to make Hawkman think the illumina-gun was in his other hand. Thus, the blast comes from the illumina-gun but Hawkman cannot see the weapon, whereas the hand Hawkman is “disarming” is empty.

(Edit: our contributor Michael later noticed a “button” in the palm of Owlman’s hand. One suspect this was the trigger for an energy-blast-firing gadget that wasn’t otherwise seen.) 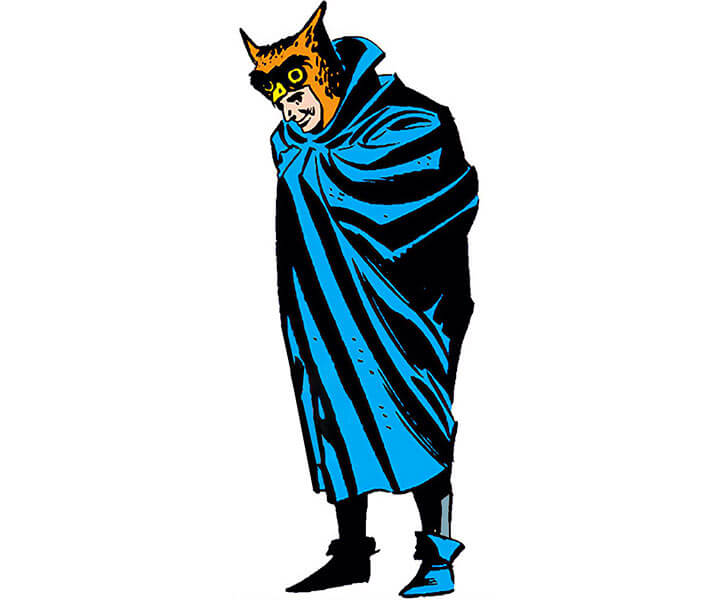 Owlman is a short-ish White man with a pudgy build.

His costume consists of a loose-fitting gray body suit with blue boots and trunks, and a yellow belt. Over this ensemble, Owlman wears a blue ankle-length robe with a hood. He usually wears the robe open and the hood down, unless he’s trying to hide.

Owlman usually had a self-satisfied grin, making him look more like a child molester than anything else.

Between the lines of age

Originally, Owlman sported an age-lined face. This made him look every bit the wise older man in comparison to the more youthful looking members of the CSA.

Later on he seemed decades younger, though still a bit older than his partners in crime. This was never explained and may not have been deliberate.

In a Silver AgeSuper-hero comics from the late 1950s to the early 1970s super-hero context, that he came up with a campy scheme to erase part of his aging might be the simplest No-Prize HypothesisA made-up explanation to plug a plot hole. After all, he’s supposed to be real smart and never lose while on Earth-3. 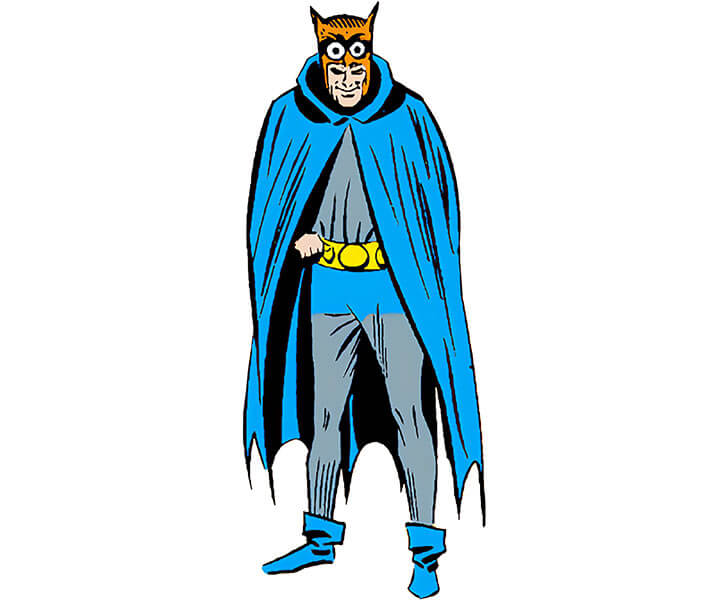 Conversations with Owlman invariably revolve around his intellect, which isn’t as impressive as Owlman believes.

Owlbeit, he does have the sense to use his hypnotic powers subtly. This keeps his mental influence from being immediately apparent.

For example, when battling Green Lantern, Owlman did not try to impose direct control over him. Instead, he planted small suggestions in Green Lantern’s mind. A telling example was having Green Lantern leave gaps in the bars of the ring-construct cage imprisoning Owlman that were large enough for him to slip through.

“But on the slight chance we don’t win, I have a suggestion…”

“Why should I go searching for him — when with my superior brain I can force Dr. Mid-Nite to come to me ?”

“EEYAH — going to crash-land on the bottom where not even my great brain can save me !”

“The rest of the Crime Syndicate is probably in custody […]. Just as well — Owlman works better alone !” 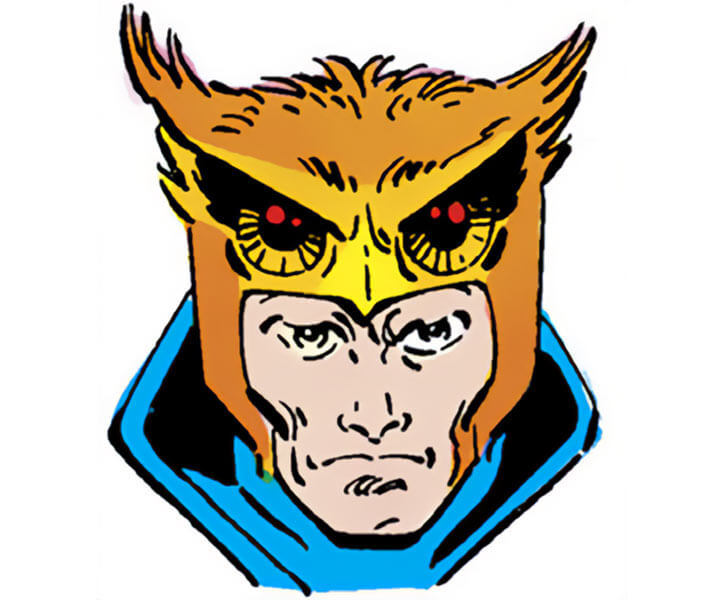 MIA (Bragging about his intellect).

This is in part to keep Roy’s old estimates whilst rewriting the entry many years later. And in part since, as a Silver Age character, Owlman and his ilk work fine with cookie-cutter, highballed stats. These do not interfere with the four-colourSomething goofy from over-the-top early comic books. stories they appear in.

Batman once turns to trick Owlman into controlling the wrong side of his brain, leaving the opposite side of Batman’s body free of Owlman’s interference. I assume this is simply a rationale for Batman spending Hero Points to resist Owlman’s Power.

The power of unfocusing people

Owlman’s ability to make people clumsy and prone to stupid mistakes was original written as a modified Flash plus Hypnotism. But to prevent weird side effects, it needed too much verbiage. It was still okay-ish, but complex enough for a simpler solution to be considered.

It thus ended up broken down into three different Powers, each representing a different facet. 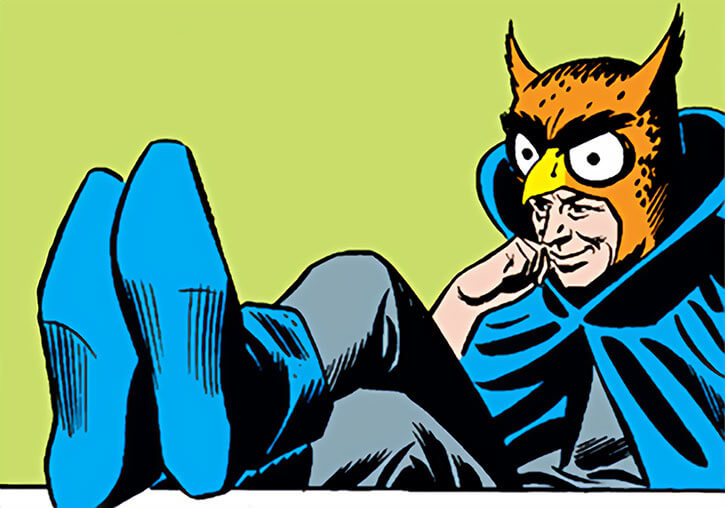 (During a discussion about an alternative approach to Owlman for a WORG contributor’s campaign, there was a useful review of the stats. Here goes. 😺

In the proposed WORG setup Owlman picks between :

These are increasingly complex and specific options :