Ox is real strong. He was a match for the early Spider-Man. Although Marvel insists that his strength is not superhuman, I don’t buy it for a second. He might be one of those low-powered, low-signature mutant.

The Enforcers are a small band of mob, well, enforcers. They each have their own combat method, and have proved a threat even to superhuman adversaries like Spider-Man.

Originally, the group was made up of Fancy Dan, Montana and Ox I. The first Ox died and the others were sent in prison, but they later reformed, along with the brother of the first Ox, Ox II.

Later, when working for the Kingpin, they were joined by Hammer Harrison and Snake Marston.

More recently, another group calling itself the Enforcers has emerged. All of its members are third-rate supercriminals – about the same motley sort as Scourge’s victim.

Ox II is real strong, but real dumb and slow-witted. He’s a follower. 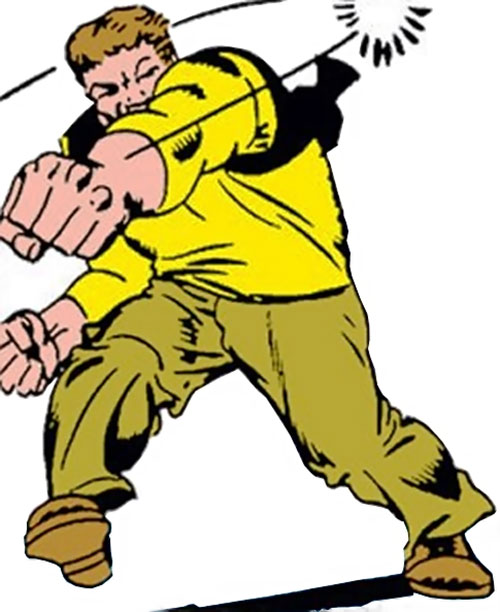