Oz is a bright kid who happens to be a werewolf. He’s good with computers, but can also grow into a mindless, ravaging wolf-like creature, with claws and sensory abilities. His bite, also, transmits his condition (Poison Touch).

Over time, exposure to “his wolf side” comes inexorably closer to merging the abilities (and rage) into Oz’s baseline personality. He can sense other werewolves around, and some of his senses have similarly been heightened.

See the lycanthropy notes in the game stats for more specific information.

Oz grew up in Sunnydale like many. He had a fairly stable life, though always had a certain inkling that Sunnydale had its share of weirdness. He coped with this by cultivating a nonchalant attitude and joining a band with his friend.

In high school, he began to notice fellow student (and fellow genius) Willow Rosenberg. He haphazardly pursued her as time (and his aforementioned nonchalant attitude) permitted. He brought her out of her shell, she introduced him (through Buffy) to the deadly world of vampire attacks, and the two fell in love.

On a trip to his aunt’s house, Oz was playing with his young cousin Jordy, who didn’t like being tickled. He bit him on the finger. Unfortunately for Oz, Jordy had recently been bitten by a werewolf, and now carried the lycanthropic condition, which was now also passed to Oz.

However, with help from Willow, Buffy, and their friends, he managed to cope with it. Oz went on to help out quite a bit on many adventures, both with and without the use of his powers.

Being rather unmotivated by choice, Oz, however, tended to not attend many (if any) of his classes. He was therefore “able” to attend Sunnydale High School for yet another year with his friends. He stands, in fact, as the highest-ranking student in Sunnydale history to not graduate.

Eventually, however, graduation came, and with it the Ascension of Mayor Richard Wilkins III, an event which Oz helped significantly.

From there, he, Willow, and Buffy moved onward to the University of California at Sunnydale. He then stayed until “the wolf in him” found itself attracted to another werewolf named Veruca, taking Oz along for the ride. This event disturbed Oz greatly, and brought many horrible thoughts to the surface about the nature of his condition.

Combined with the pain he inflicted on Willow throughout this, Oz resolved to leave Sunnydale. He would travel the world until he could find a cure for himself.

Eventually, Oz found not a cure, but enough stability that he could try returning to his old life. He came back to Willow, but found her in a new relationship, with Tara Maclay. In a fit of jealousy, Oz turned into a werewolf. He would likely have killed Tara, had not the Initiative stepped in and captured him.

Alas, the Initiative planned to vivisect him to learn more about the condition. Oz only survived due to Buffy’s heroic efforts in breaking him out.

Realizing that he was still a danger to himself and his friends, Oz once again took to the road, in search of more answers. However, he would visit Los Angeles periodically to help guide Angel’s girlfriend Nina Ash, also a werewolf.

He tends to wear jeans, t-shirts, and a small assortment of jewelery and/or (now) charms and trinkets to help him maintain his center.

Originally, Oz was the mysterious kid in the traditional (non-fiction) sense. He hangs to the background, admiring Willow from afar, but never letting on that he might like her.

Once he gets passed his shyness, he becomes “the cool kid” of the Slayer’s friends, laid back and fairly skilled. Yet he mostly served in a support role, particularly supporting girlfriend Willow. Their relationship evolved as one might expect from a shy, nurturing couple in love.

However, in the background, he strongly feels “the wolf in him,” urging him to indulge this hideous side. Metaphorically and literally, Oz feels that this side of him should be solidly caged. Thus, he is the first to volunteer himself to be kept where he won’t hurt anyone.

When Veruca tried to leverage his animal side, it was literally more than Oz could take.Therefore, he left to find a better cage. When he found it, he learned it wasn’t enough for him, and so left again. One can assume that he’ll search until he finds a way to suppress his animalistic urges.

“I sort of test well. Which is cool, except then it leads to jobs.”

“The E flat’s doable, but it’s that diminished 9th… that’s a man’s chord. You could lose a finger.”

“Look: Monkey. And he has a little hat… and pants. The monkey is the only cookie animal that gets to wear clothes, you know that? You have the sweetest smile I’ve ever seen… So, I’m wondering, do the other cookie animals feel sort of ripped ? Like, is the hippo going, ’Man, where are *my* pants ? I have my hippo dignity !‘ And you know the monkey’s just,” (in a faux-French accent), “’I mock you with my monkey pants !‘ And there’s a big coup in the zoo. All monkeys are French. You didn’t know that ?”

“I spoke to Giles. He said I’ll be okay ; I’ll just have to lock myself up around the full moon. Only he used more words than that. And a globe.”

“Looks dead. Smells dead. But moving around. Interesting. I like him. I think you should call him ‘Patches’.”

“Plus, bonus points for the use of the word ‘mosey’.”

“Guys, take a moment to deal with this: We survived. Not the battle—High school. We’re taking a moment. And… we’re done.”

“A woman in Tibet traded it [a sari] to me for a Radiohead CD. I got a lot of mileage out of the barter system. It’s [Tibet] where I stayed the longest. This warlock in Romania sent me to some monks there, to learn some meditation techniques. It was intense. All about keeping your inner cool.”

He’s a werewolf. Drop him in pretty much anywhere with the typical werewolf (and Oz) plot: Introduce the heroes to Oz, show that he’s a really nifty guy, and then drop in a full moon and let them figure out how to deal with it, hopefully without killing him.

Equipment and rituals and stuff:

Oz has far more control over his transformations than other werewolves, but he is still somewhat unpredictable.

At will, Oz may activate additional APs of each of his Powers. However, such use triggers the Strange Appearance Drawback, all Powers must be activated in tandem (AP for AP, up to their maximum values), and each AP in use acts as a Target Number, as if Oz possessed the Rage Drawback.

Further, mental attacks (including stress, as noted above) trigger the werewolf Powers as described, with RAPs gained from the attack determining the number of APs activated. To worsen matters, the stress of turning into a werewolf (or an impending transformation) is a stress representing a 2AP attack to Oz.

All effects subside when Oz, in whatever stage of transformation, can relax and calm himself, usually using his Stability Ritual.

A Character with this Advantage occasionally imbues others with abilities similar to his own. The condition under which the Propagation is transmitted must involve physical contact for at least one Phase, but can otherwise be arbitrary. This Advantage has a variable cost, as is is dependent on the complexity of the abilities so passed.

The abilities must be designed as a complete character, though Attributes are optional. Any Attributes not supplied will use those of the new Host; those Attributes supplied are purchased at +2FC, and will replace those of the Host, unless the Host’s are superior.

The design must include Poison Touch, for reasons which will be discussed below. The cost of Poison Touch may be reduced by -1FC if the condition under which the Propagation is transmitted involves using another Power. The Character then pays one third (⅓) of the Hero Point total (fractions rounded up), though the cost of this Advantage is further reduced by 1HP per AP of time required for transmission.

These changes are permanent and the Host may use Hero Points for Character Advancement, as usual. Unlike Gadgets, Artifacts, Rituals, Pets, and Sidekicks, however, Propagations may not be changed after creation, and so neither Character Advancement nor Upgrades apply. The Character has no particular automatic influence over the new Host.

If such is desired or needed, then either the Character or Propagation should posess one or more of Control, Hypnosis, Charisma (Persuasion), or Charisma (Intimidation), Limited to working only on those to whom the Character has bestowed the Propagation.

Note #1, Usage Fees: The pricing for transmission of a Propagation will vary from campaign to campaign. It is suggested that the player wishing to use a Propagation discuss the details with the GM. It is further suggested that the GM charge HPs for transmitting the Propagation using the same rule she uses for “found” equipment. That is, if a Character is charged Character Advancement prices for acquiring the weapon of a fallen opponent, the same should hold for the Host acquiring the Propagation; if some other scheme is used, that should be carried over, instead.

In all cases, if the Character has Leadership, HPs can be “donated” to the new host to share costs, when desired; a GM may also insist that the Character take Leadership and do this for all new hosts.

Note #1a, Draining HPs: Note that, in cases where the new Host is required to pay an HP fee, a Propagation can actually be considered an impressive attack form, leaving the target with few, if any, HPs.

Note #2, Escaping the Curse: In many works of fiction, despite the benefits, a Propagation is viewed as a bad thing. In fact, many have severe Drawbacks (for example, Fatal Vulnerabilities to household goods) which can make the host’s life (or un-life) miserable. In such cases, the host may wish to discard the curse. At the mechanical level, this can be done by treating the Propagation as a Drawback, and buying it off at Character Advancement costs. However, on top of this, the GM is highly encouraged to make this a complicated quest—such things are always possible, but are rarely, if ever, easy.

Suggested Costs: A nonstandard pricing scheme that several listmembers seemed to like is to charge the new Host the Character Creation cost of the Propagation, but to accept “credit HPs.” That is, if the Host has too few Hero Points to purchase the Propagation (and none are forthcoming view Leadership), all the Host’s HPs are depleted, and all future HP Awards are reduced to zero until they total the Propagation cost. After this time, the Host receives Hero Points as usual. 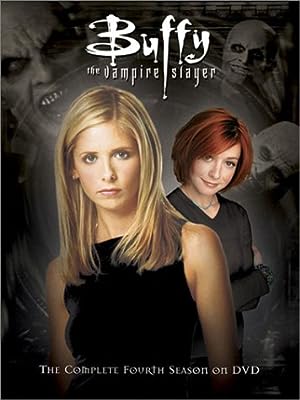 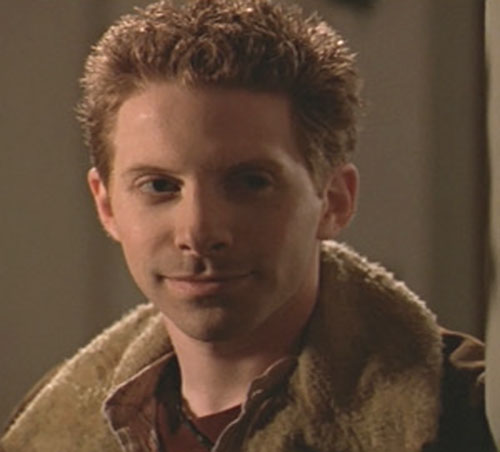 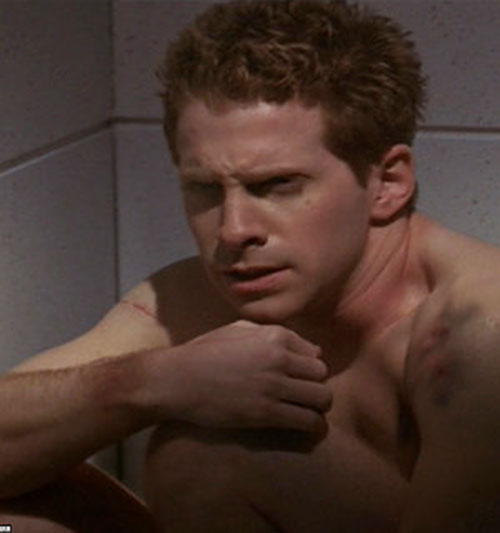 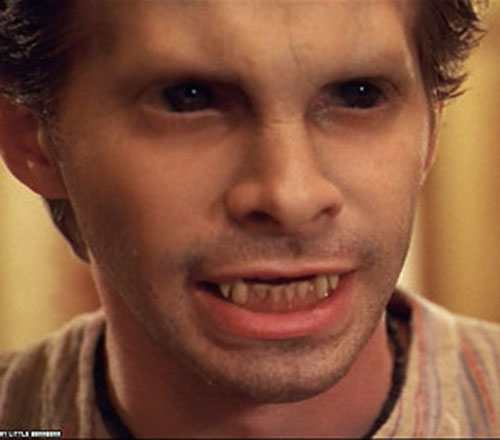