De Silva is an experienced commando, wielding a BFG .

His DNA has been enriched with that of unspecified hunting beasts (mostly canines). As a result :

Specific gene chips were also used to improve his fighting ability. However, he retains vestigial ferocity from the genetic material used. This might result in unrestrained aggression in times of great stress.

See the team entry for a full history.

De Silva wears his hair long under his bandanna. He looks a lot like Conan when he’s not wearing it. In fact his outfit even includes a loincloth, which I haven’t seen in military uniforms in quite a few weeks.

Pacer is a terse, straightforward and not very imaginative leader. He’s a good, aggressive soldier.

Da Silva acts as the liaison with S.T.O.R.M. H.Q., requesting backup, transport and the like.

“We’re not working as a team – they’re all over us ! Cat — I need your psi skills to co-ordinate a counter-attack !”

Bonuses and Limitations:
Jumping is Contingent Upon STR.

Given the modest amount of material to benchmark them with, some of the stats are speculative.

It has been assumed that all Gene Dogs had the generic Special Forces Skills suite from the generic soldiers entry on writeups.org.

Benefit 1 (S.T.O.R.M. sensors can focus on the Gene Dogs’s gene chips to monitor them and their vital signs), Equipment 1, Language (European Portuguese) 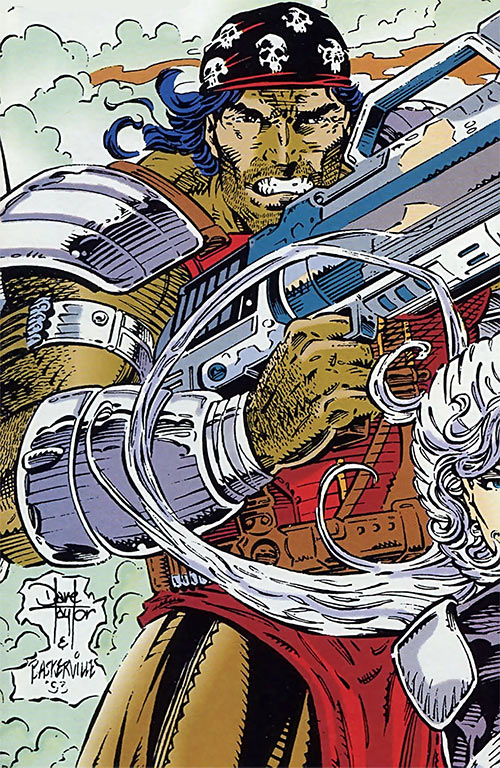 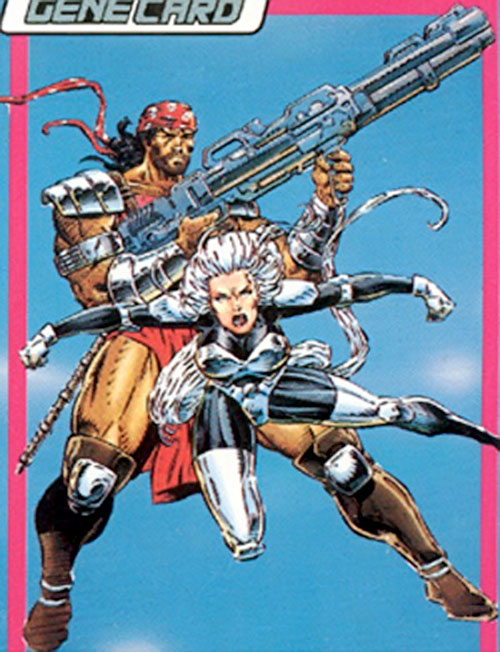 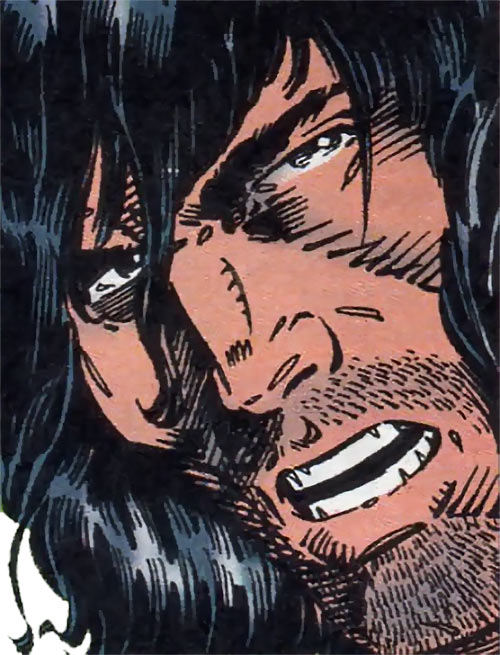