Pagan was a recurrent opponent during the 1998 Avengers run. Written by Kurt Busiek, the entire run was a complex set of epic menaces interlocked together.

For more context about Pagan, it is best to first read the Jonathan Tremont character profile.

Superhumanly strong and durable. His punches were compared by Wonder Man to those of Count Nefaria. He went toe-to-toe with Thor, apparently winning. It took Wonder Man and the Vision at diamond hardness dive-bombing him together to knock him off his feet. Even that didn’t knock him out.

He also seems to grow when engaged in combat, becoming even stronger as necessary.

Able to burrow through the Earth using his great strength, his power seems to have some basis in chaos magic. So he’s able to take blasts of it with little effect, but attempts to drain chaos magic weaken him.

See the Jonathan Tremont entry for the History.

Rough and straightforward, Pagan loves to fight and destroy things. Or at least this is the persona he’s shown.

Since he also appeared to be an enemy of Lord Templar it’s unclear how much of his battle-lust is faked. Although it seems likely he does enjoy it to some degree. 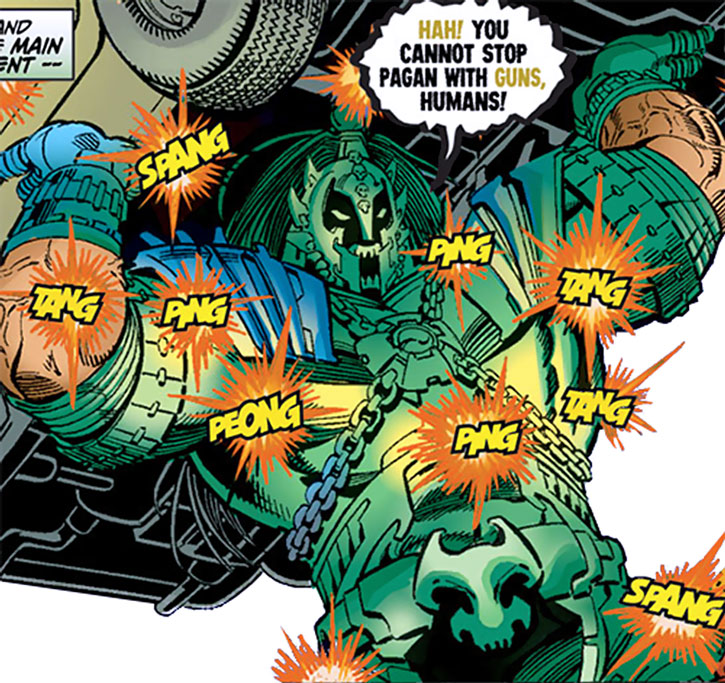 “The Triune Understanding ! Another place for humans to huddle together in fear ! To cower against the dark ! But Pagan is the dark ! And he cannot be denied, humans ! There is no safety — no protection !”

“No one can protect the world from Pagan ! No one can chain him, no one can hold him ! Pagan is carnage unleashed !”

It’s not clear what causes him to grow. But since he seems to get bigger while fighting significant opposition, I’ve assumed taking damage is the cause. 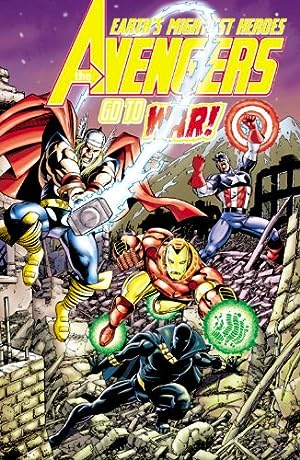 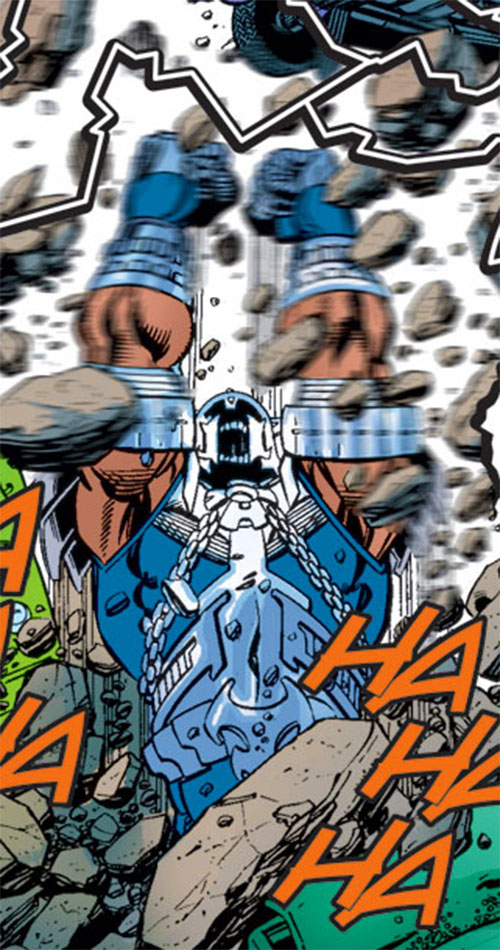