This specific Parademon (see the link if you don’t know about paras) appeared in DC stories (Secret Six and related events) from 2005 to 2011.

Larger and stronger than humans, Parademon has been bred for battle. He sees pain as a reward and is without fear.

He wears a flight pack.

Possibly left stranded after a mission to Earth, this Parademon was blackmailed into joining the Secret Six by the mysterious Mockingbird. Mockingbird threatened to tell Granny Goodness where he was.

Parademon developed a strong bond with Ragdoll, whom he insisted on calling “Clown”. The alien claimed that “Clown” was funny, despite Ragdoll’s protestations.

One of their missions against the Society’s assets turned out to be a trap. Thus, the Six were captured and handed over to be tortured by the Crime Doctor, which only brought back fond memories for the Parademon. After a couple of rounds of this, Catman broke free of his restraints, easily subduing the Doctor, and freed his team mates.

Subduing their guards, they executed the Hyena as a warning to the Society, and fled.

Their next mission took them to Acre, in Brasilia. There they discovered a Society base held Firestorm prisoner as a power source. They handled the forces stationed there, and gained access to the Society computers. But when reinforcements arrived led by Black Adam, the Six freed Firestorm and fled while he battled the Society.

Cheshire soon betrayed the team, leading the Society right to them. Amidst the overwhelming odds, Parademon bought the others a chance to escape by detonated the ten Mother Boxes he kept as souvenirs. This fatally wounded him but giving his team mates a chance to escape.

Ragdoll had Parademon’s remains (head and torso) stuffed. He keeps them in his room where he talks to them.

Blunt and straightforward, Parademon is enjoying his time on Earth. He finds most things funny, especially Ragdoll, of whom he has become very protective.

“I believe that female is in season. It’s like a fever of the loins.”

(Wanting Catman to change seats)
Parademon: “You. Feline man. The clown sits in front.”
Ragdoll: “Parademon, it’s really not necessary.”
Parademon: “What I meant to say is that you may stay, if you do not object to me eating your larynx.”

(Being tortured by the Crime Doctor) “Thank you, Granny, may I have another ?”

“Death in a stupid gesture. It’s a dream I have.”

“I don’t see how such a weakling race as humans could create such amazing things to eat. Even your garbage is delicious.”

“I think I’m beginning to understand free will. It makes one an idiot, correct ?”

Parademon (dying): “Tell… tell me a joke clown.”
Ragdoll: “Dear, loyal ’Demon. You’ve misread me. I don’t know any j— Wait. You’re missing three limbs, and you’re about to bleed to death in the mud without ever having had a name or a home.”
Parademon: “Hahahahahaha ! See ? I told you you were funn—.” 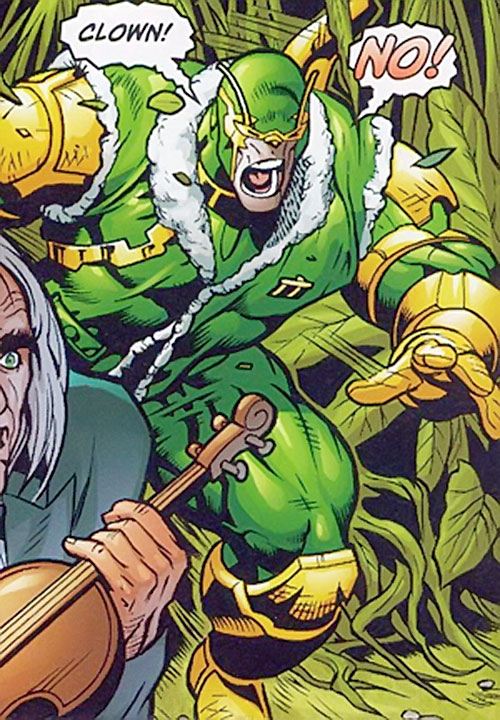 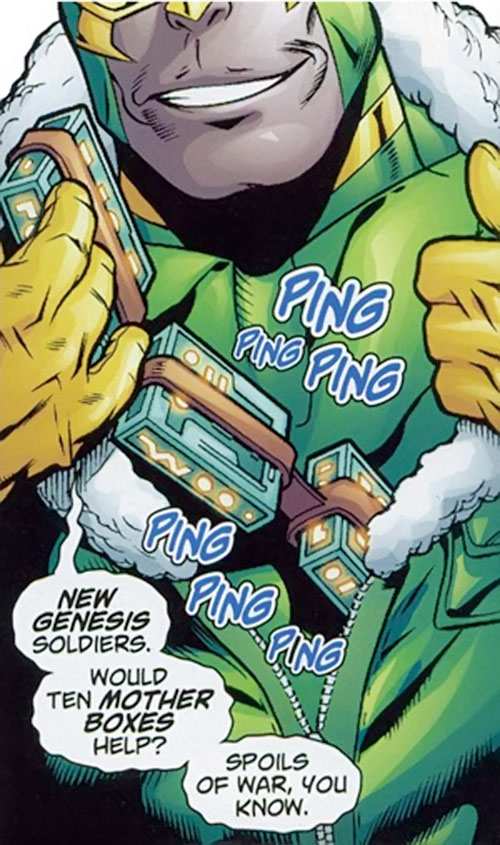