Parademons constitute the bulk of the troops commanded by DC Comics arch-villain Darkseid on the world of Apokolips.

This article is a primer with useful stats, but the bulk of the data needed for in-depth use is in Mayfair’s Apokolips sourcebook.

Parademons are a cross between :

Their tactics are pretty much reminiscent of a airborne barbarian horde, and they especially enjoy Team Attacking flying targets with their bare hands.

Moulded by Granny Goodness, the Parademons have no set phenotype. They often look like mutated humans, goblinoids or a cross between the two.

Likewise, this half-orcish lot has little in the way of a standardized uniform. It often looks like the uniforms have evolved over the millennia, but the troops get to keep the old uniforms. There is a vague similarity between what paras wear, but it evolved through the ages. 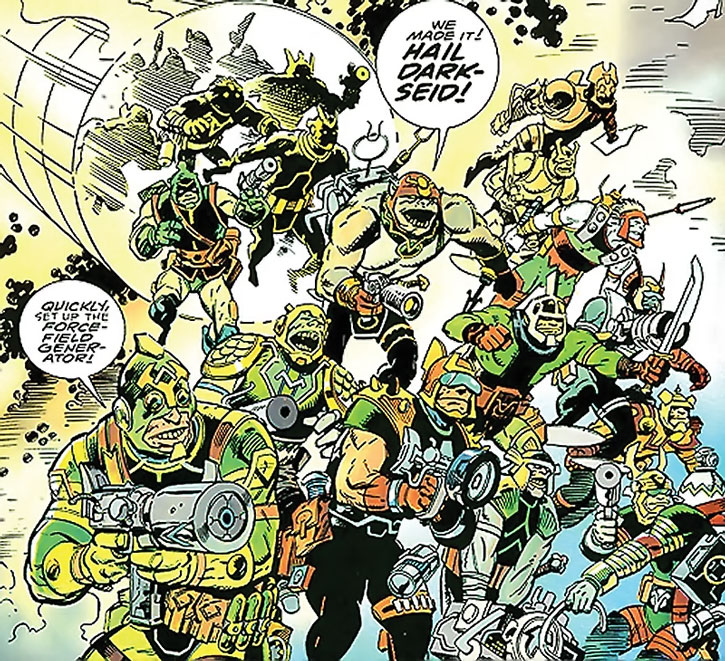 They are extremely disciplined (if mindlessly brutal) and aggressive. They fight to the death, never refuse an order and always attack an intruder. The minimum size of a patrol is three.

An invasion force may include robots, special weapons, etc.. See the Apokolips Sourcebook for fully fleshing out the Paras.

Equipment:
On their home turf, Parademons are not armed. This is presumably in order to built character, as Granny would say. When on an op (say, an invasion), about 80% will have melee weapons, and about 50% will have other weapons (a given Parademon can of course have both). Typical equipment includes :

Equipment:
Generally armed, often with both a melee weapon and a heavy blaster. 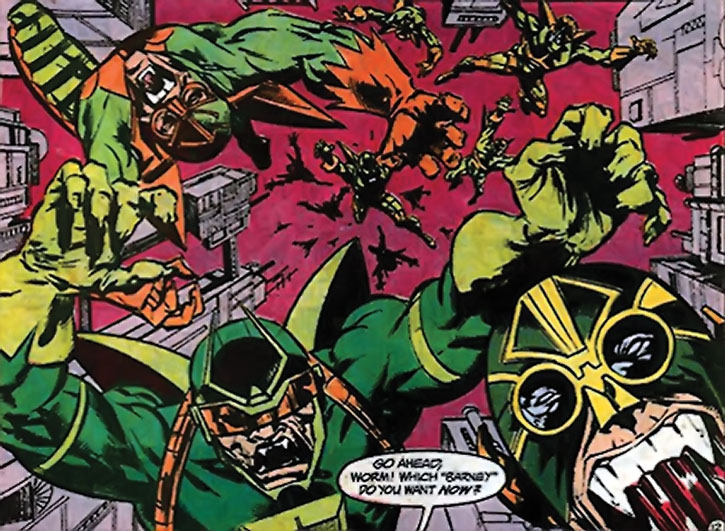 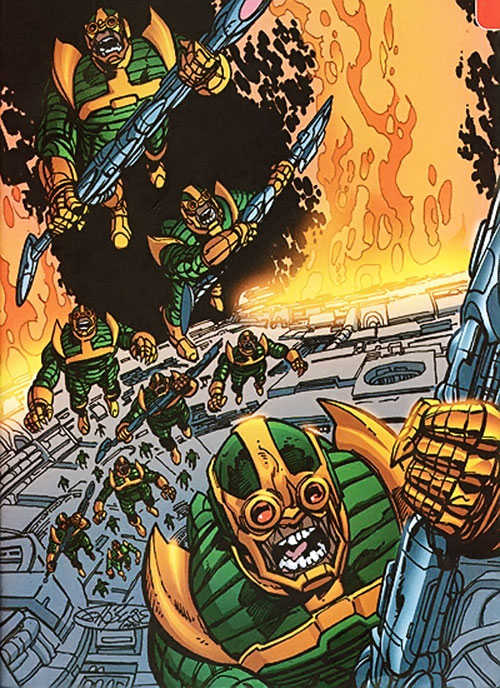 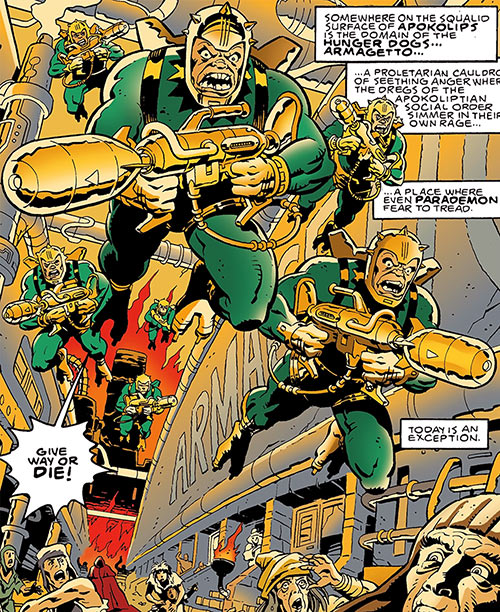