It is a potent one that can be obtained at level 1… but at a price.

This brief guide about farming it doesn’t offer revolutionary advice. But it has what you need.

The main advice being – buy it from another player. The grind isn’t worth it.

But if you can’t/won’t for whatever reason, here’s the farming process.

This sword was created by a player, who paid for this. So there’s a man who has money, and wants you to run a soul-abradingly meaningless grind to get a nice thing because he can.

I think this is a good metaphor of most people’s life, and thus has genuine artistic value.

Once again – buy it instead. If you don’t, do review that the build you intend to use it with suits your tastes, and that you can run it.

It’s going to be a mind-deadening grind. 15, 18 hours of grind are entirely possible. Always running down the same beach where nothing happens. So unless you *like* repetition, you’ll probably need special circumstances.

Perhaps there are chores that are compatible with running this grind. Perhaps there is this show you sort of like but not really, but want to vaguely watch to see how it ends. Something like that.

Personally I did over two consecutive nights of bad, pain-induced insomnia. I was completely hammered anyway and it was a better use of my time than pointlessly lying in bed. Pathos of Exile, heh ? 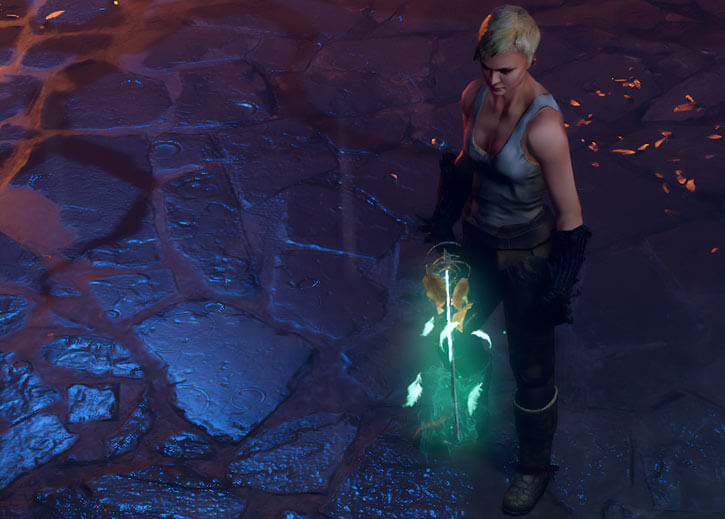 As long as you’re not level 6, each Strand run means clearing everything. Kill all zombies and spitters, and open the containers as convenient. We’re trying to level up to 6, so we need xp. Of course, the more you level, the less xp each mob brings.

At level 6… well, same thing. But since it is APPARENTLY possible to get Hillock to drop the sword, be less thorough. Don’t backtrack, double-check that you’ve killed everything, etc.. But the runs must still be 90-seconds-ish.

At level 7, we know for a fact we can get the sword. So the run becomes :

At this point you start levelling a third Scion (“Three”). As Three will be level 1 and do longer Strand runs, playing her means that the Strand instances for One and Two have time to reset.

We only create Three now because hey, maybe you’ll get lucky and find the sword before Three reaches level 7. Thus saving hours.

As an alternative to levelling Three (and eventually Four), you could indulge in some other minute-long activities to give time to the instances to reset. But running three Scions does make the process shorter. And if you need *two* swords… 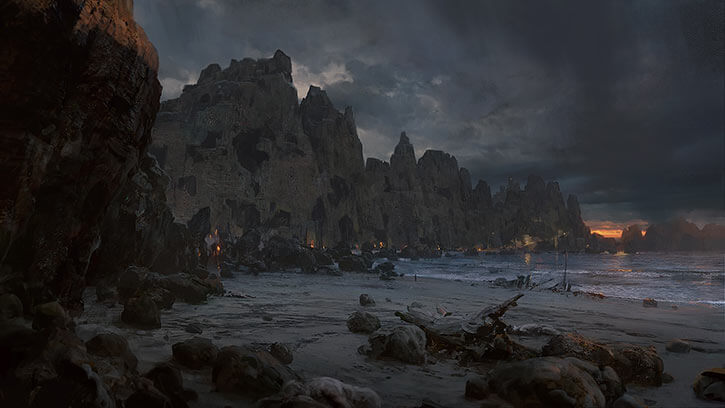 Very little. You’re going to kill thousands of monsters, so there’s zero scarcity. Ignore everything that isn’t rare (yellow) equipment, since you’ll eventually be decked out in all rares anyway. The exceptions are :

Since you’re going to kill Hillock so many times, you’ll likely get some uniques (and thus the Beginner’s Luck achievement) in the process. IIRC I’ve gotten Redbeak, an Ezomyte Peak, a Tabula Rasa (yay !), and a Thousand Ribbons robe. Some of these items have Fated version (via the Prophecies) (edit — the fated mechanic may no longer exist in the game, I think it was retired).

Beyond these, you can also loot stuff of some value :

Everything else stays on this stupid beach. Even if you’re an utter pack rat, ignore it.

As a boss, Hillock is the only source of level 2 and 3 equipment in the zone. Such as iron rings and medium flasks.

If you haven’t sensibly given up, you’ll eventually have a beach run where Hillock doesn’t look like his usual self. It’s time for the final fight.

Nevertheless, “Über-Hillock” is tough. He has incomparably more HPs, he summons fast and aggressive zombies, and he has a leap slam attack. I think that the latter two appear at certain health thresholds.

Keep running to stay out of melee, except for brief engagements if you have enough life regen. Chain well-angled spectral throws to kill the zombies before they build up too much – while still damaging Hillock. The many spectral impacts will keep Onslaught up so you run and throw faster.

This is why mana sustain is important, so you can keep a lot of spectral steel in the air. Keep flying, o many laser buzzsaws of justice. And take heart in knowing that Über-Hillock always drop the sword.

And now that you have your sword, you can… well, quite possibly go play Diablo 3 or Grim Dawn because the experience has soured you on Path of Exile. Ooops.

Or you could go actually jog on an actual beach, circumstances permitting. 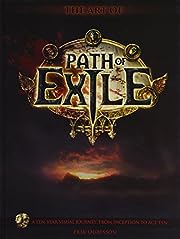 The art of Path of Exile