*This* Task Force X — deliberately named after a completely different organisation — appeared in 1992, at the very end of the Yale/Ostrander Suicide Squad run. What was seen of it was an efficient, merciless superhuman hit squad led by Pathfinder.

Much of this profile is speculative, due to limited information.

Pathfinder is a skilled tracker.

He also can phase  his body through solid objects. He will often use this as an attack, sticking his hand through someone’s chest to kill them. He can also use his powers to create holes in solid objects by touch, usually walls. This allows passage for his teammates.

His identity and the source of his powers unknown, Pathfinder was first heard of as part of the Task Force X team. The Task Force X “brand” had been recreated under the Cabal, a shadowy government organisation trying to control super-heroes. 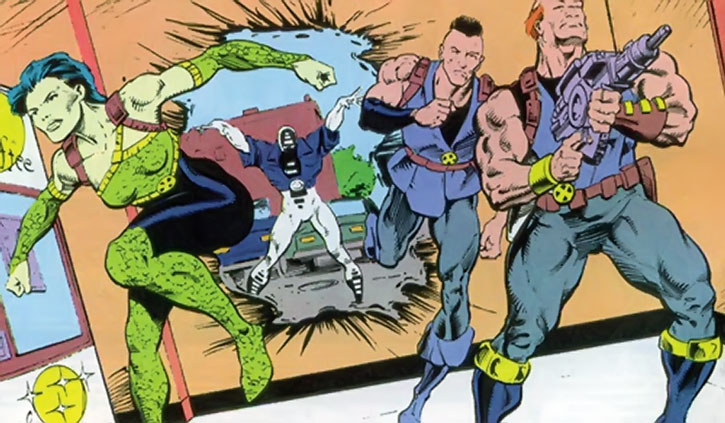 His unit’s first known mission was eliminating the Cabal agent Blacksnake. Arrested after his involvement in actions against the Atom (Ray Palmer), Blacksnake had offered to make a deal, and reveal what he knew about the Cabal.

Task Force X invaded the police station where he was being held, killing Blacksnake and a number of officers. They then blew the place up to cover their departure.

Cursed is the jungle of Diabloverde

They were next sent to Diabloverde. That was where the Cabal’s new Suicide Squad had been set up to help its oppressive dictator maintain his rule. Amanda Waller had heard about their activities, and took her own Suicide Squad there to deal with them. Task Force X’s mission was to eliminate Waller and the members of her Squad. 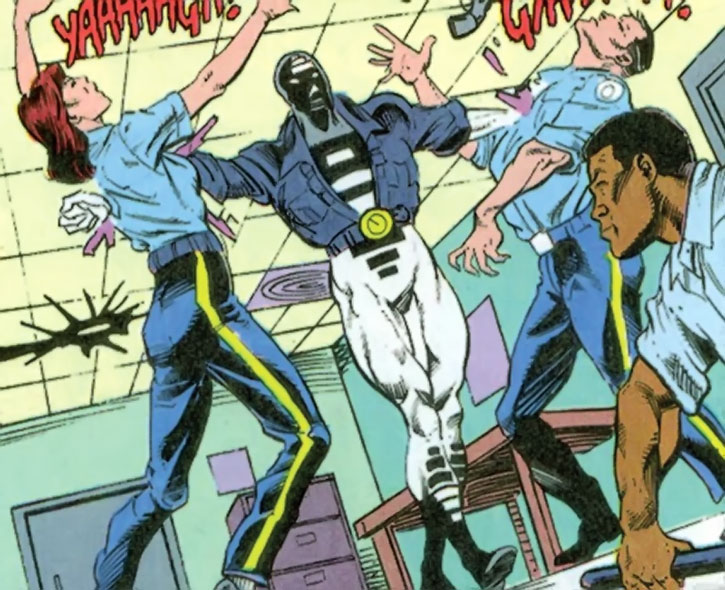 Pathfinder took down Outlaw without much trouble, although was unable to kill him due to his metahuman physiology. The rest of the team were less successful, with some wounded opponents, but no kills. Furthermore Sidewinder was badly wounded, resulting in Pathfinder ordering Kaliber to finish her off.

They followed Waller’s Squad into the jungle, where they were pulled into a fairer fight. Pathfinder took down Nightshade. But before he could finish her Bronze Tiger caught him from behind, apparently cracking his spine.

It was stated that the surviving members of Task Force X would have to cooperate since the Cabal would want them dead for their failure.

He next appeared among a group of metahuman mercenaries hired to kill Deadshot, along with the other members of Task Force X (including the supposedly dead Sidewinder). Deadshot shot Pathfinder, leaving him inside the exploding warehouse as he faked his death.

Whether Pathfinder survived is unclear, but since he wasn’t actually confirmed dead…

Professional and efficient, Pathfinder is a good tactical leader. He also seems able to follow other’s orders without problem.

He’s exhibited little hesitation killing civilians, the mission being all to him.

He tends to speak in clipped sentences when on a mission, never saying more than is necessary.

Bonuses and Limitations:
Dispersal has a Range of Touch for allowing him to make holes in solid surfaces (+1), and attacking with it does not damage Pathfinder (+2).

Writeup completed on the 8th of September, 2011. 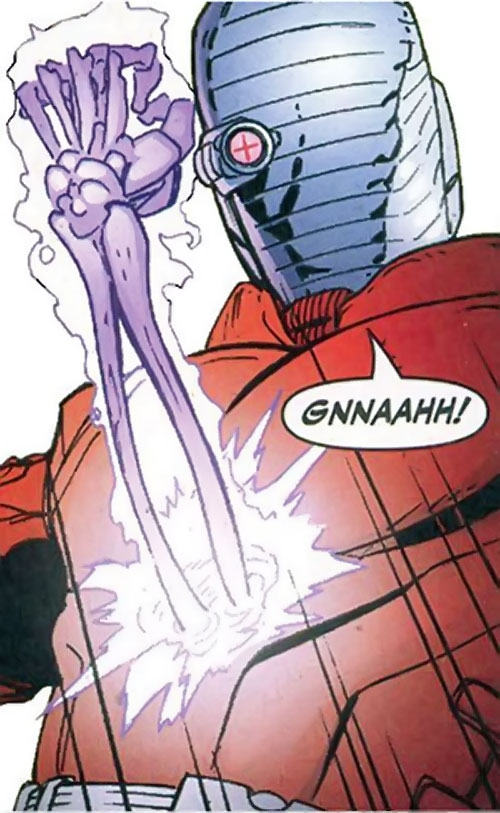 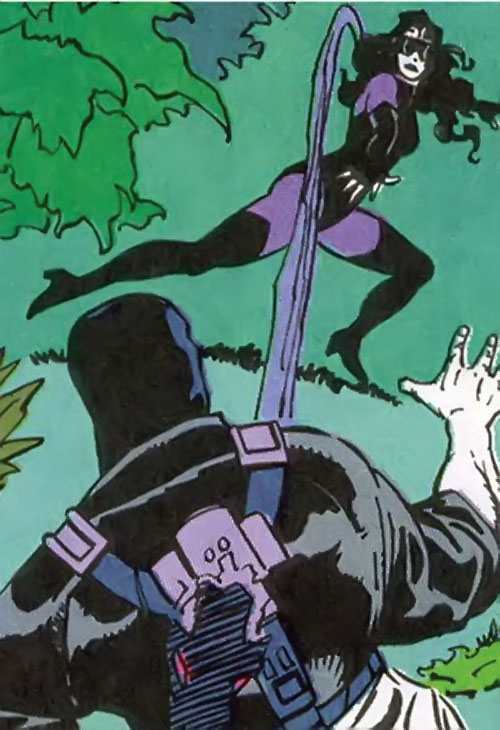