Normally, writeups.org is character profiles, for characters from comics and games and the like. But there’s also a half-dozen practical/technical/ergonomic articles such as this one.

Many such articles, including this one, were written during the 2020 pandemic lockdowns, as many folks were stuck home.

It sometimes feels that, when it comes to listening to music, you’ve got two main approaches :

Alas, I’m in neither situation. And setting up my own way to listen to music turned out to be weirdly underdocumented and difficult to navigate. So I shall document it.

The core goal is :

So you end up with good, precise sound for music stored on your PC. It’s not high-end, but unless you have top-notch hearing and/or are a musician having even better sound quality has a clear diminishing return.

If you don’t want to own files, I think the two high-end streaming solutions are Qobuz  and Tidal. But I have experience with neither, though Qobuz seems nice and is Jay Z-free.

If you want to buy files but have no idea where, try this  . It’s a simple Google search that only has results from the past 12 months, so you’ll get up-to-date articles on the matter.

If you insist upon pirating, please consider donations/merch buying from the artists you like who aren’t millionaires. Most musicians don’t earn shit, so getting a T-shirt or making a small Patreon donation helps. 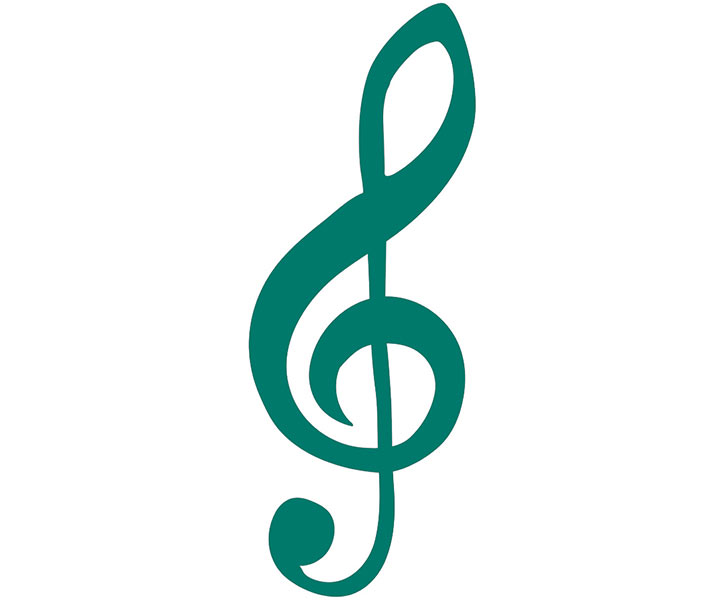 The core of the system is a DAC – a digital-audio converter. It turns the 0s and 1s into an analogue signal that speakers and headphones can play.

Normally, this is handled by the generalist systems in your PC, such as the motherboard. A DAC will do the same job in a more precise way, with much less interference, and with dedicated electronics.

We’re going for a reasonable-budget solution, so we’ll consider the best models that are a bit under $100. As of this writing (early 2020), a common recommendation is the Sanskrit 10th DAC at $80.

It’s the one I got. Thus, the rest of the discussion will assume a Sanskrit 10th as an example.

It’s important to pay close attention to what gets plugged where. In the case of the Sanskrit :

The “in” plugs are two mini-USB cables.

(There are other “in” plugs, such as an optical one. But here we are assuming that the music is being served by a PC.)

The “out” plugs are RCA cables, which most people would simply call “audio cables”. I’d suggest getting a decent pair ($25 or a bit above) to be on the safe side. It’s the sort of thing you buy once and keep forever.

(Personally I paid a few bucks extra ($29) so my German RCA cables would be blue, colour-coordinating with my Sanskrit.)

(Having RCA cables means this is audio gear, not PC gear. But it also tells us this isn’t pro equipment, which would use more expensive cable types. Audiophiles are… infamous when it comes to cables.)

So we now need decent speakers, which need to get the signal from RCA cables.

There are many, many types of speakers. Here, I’ll suggest aiming for something specific – entry-level monitoring speakers.

Monitoring speakers are what you use to have a precise, neutral sound. They’re called that because you use these in a studio, to listen intently to recordings. The goal is to make sure the sound is what you want to produce. They’re not like other speakers that “colour” the sound.

A recording professional wouldn’t consider that sufficient. It’s more for amateurs with a bedroom studio.

But for our non-pro purposes that’s fine. If a sound engineer says “sound is 3½-out-of-5 at best” with a trace of disdain, well that’s great. I’m pushing 50 so I doubt I could really hear the difference between that and a 5-out-of-5 that’s thrice the price.

The latter means that I can switch from speakers to headphones simply by plugging the phones in. And turning the sound up.

The sound is indeed crisp and clear. Between the DAC and the speakers we’re miles beyond the normal sound quality from basic PC mobo and speakers, for less than $250-ish (cables and charger included).

During the 2010s, a new segment of headphones emerged. They cost about $125, and they have the sound quality you’d previously get on $250+ headphones.

Personally, I use a pair of Beyerdynamics DT990 pro. But in that price range you’ll find similar models from major brands such as Sennheiser, Sony, Koss, AKG…

The DT990 has an “open” architecture. That means that the music can be overheard by those nearby, and they’re intended to be used in a quiet setting. In, say, a work setting you’ll want a “closed” architecture. Though it’s less comfortable to wear for a long while.

Our example sound chain (DAC -> speakers -> headset) is robust enough that this kind of headphone isn’t overkill. And of course the sound quality is always better on good headphones than on comparable speakers.

The proposed DAC is small enough that you could bring it to work. In this case, use a suitable RCA-to-headphones cable, since you presumably won’t have good speakers to plug the headphones into.

There’s a number of free audio players on Windows.

The traditional techy choice is Foobar 2000. But I was quite impressed by MusicBee  . It has most of the advantages of Foobar, but is more user-friendly.

For a long while I just kept the basic interface since I couldn’t be bothered. But tinkering with it is worthwhile.

I’m using the “TRON” skin, which comes with the software. The 1980s neon aesthetic has become a cliché, but I still like it and it’s high-contrast. Also, I loved the movie back in 1982. But most of the skins are less dorky. 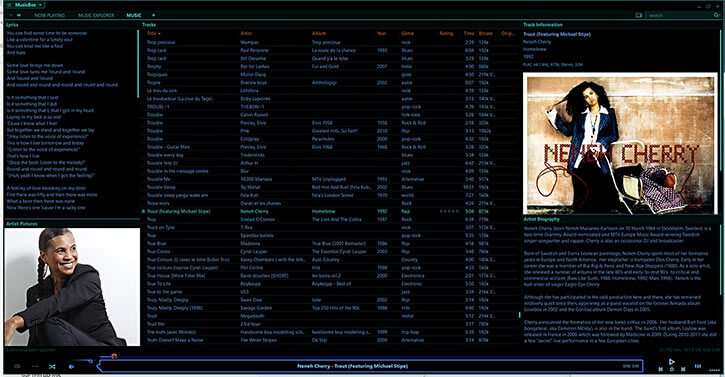 MusicBee allows you to assign content to “boxes” in its interface. In this case : 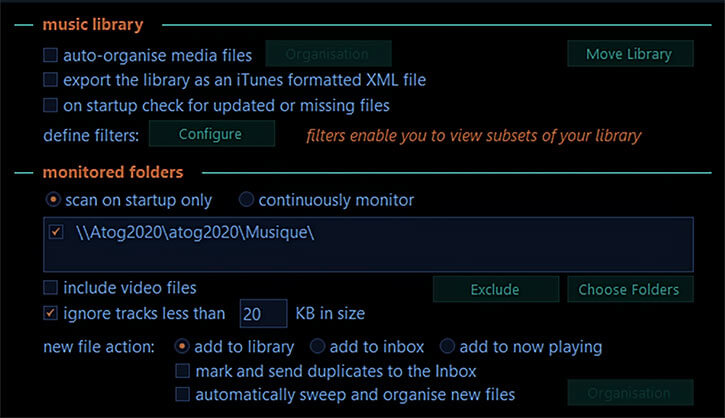 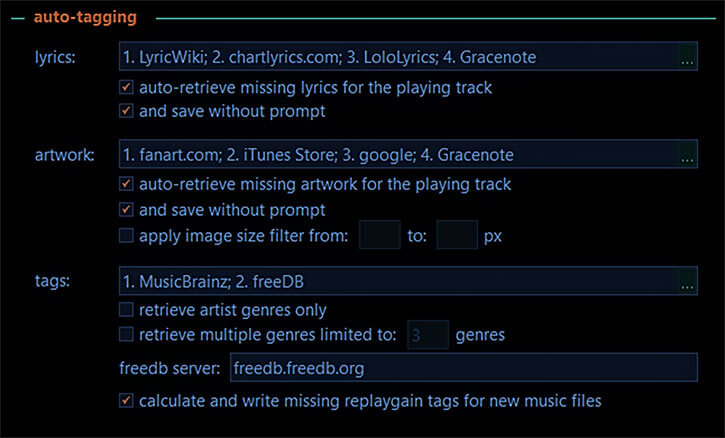 Sometimes it gets it wrong, so I change it manually if I can be bothered. Right clicking on a tune in the middle panel and selecting “edit” allows for many changes. Such as inputing a start or stop time.

It’s slightly hidden, but hitting CTRL-SHIFT-V in Musicbee will bring up the volume analysis menu. If you have selected your entire music library beforehand, this means you can run a ReplayGain analysis on everything.

ReplayGain addresses the problem of some files being encoded at louder volumes than others. It will write into the file an (editable) volume adjustment number so your library will play at a *mostly* coherent volume. With fewer particularly loud or quiet files.

However, that can induce a side-effect called clipping. Personally I seldom run into it.

Windows processes all sound through a sort of central mixer. Using ASIO drivers instead means that MusicBee can play files directly.

It *can* improve sound quality in some circumstances. And it’s not too hard to do :

Using an ASIO driver is exclusive – no other sound can play while it’s up. Including Windows system sounds. So personally I ended up not using this approach, but your circumstances and choices might be different.