This specific profile was part of a small series of original French characters with unusual powers, made by authentic and certified French artisans using the ancestral techniques of their certifiably authentic people in their small, authentic shop.

The Père Fouettard  (“Whipping Father”) is under various names a mythological figure for children in most of France, Austria, southern Germany and Benelux.

He’s the opposite number of Santa Klaus (called Saint Nicolas or the Père Noël in Francophone areas). While Santa gives presents to good kids, the Père Fouettard whips and otherwise punishes naughty kids.

The term “Père Fouettard” has come to generally be applied to any terse, authoritarian older man. 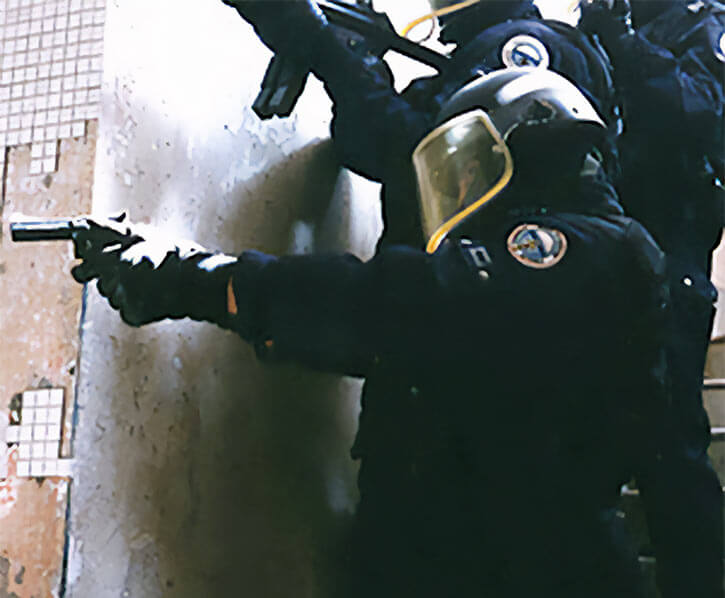 Mr. Delisle’s superhuman talent manifests as a series of actions.

The first is a focused mind probe. This laser-like telepathic intrusion scours the mind of the opponent for images and feelings relating to their father. It then extracts the most violent, negative, fearsome memories to compose a nightmare version of the subject’s father.

Even if the subject never knew their father, the Père Fouettard’s telepathic break-in will pick up germane imaginary memories and childhood fantasies and nightmares. Anything negative is fair game, no matter how tenuous or repressed.

Once the frightening father image has been assembled — this takes but seconds — the Père Fouettard will psionicallyPsionics are sci-fi style psychic powers modify his appearance to match. He will acquire a giant size (as tall as an adult appears to a small child) and a suite of superhuman powers based on the negative recollections.

The powers gained by the Père vary from subject to subject. The more he is able to dig into the target’s subconscious, the more powerful and flexible his “nightmare father” form can be. 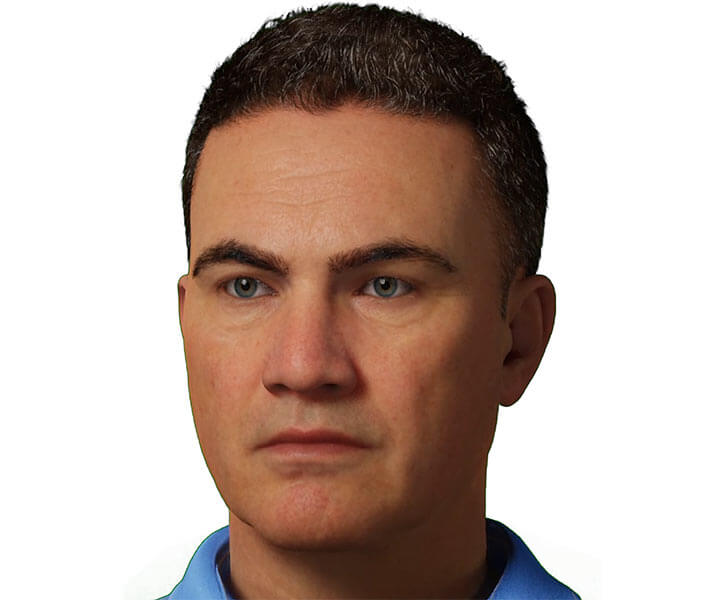 Being an ESIGN officer, Delisle is also a highly trained soldier, law enforcement officer and tactical operator. He is particularly handy with small arms and ground vehicles.

Marianne has also turned him into a remarkable rock climber.

He has also demonstrated shrewd negotiation skills, even in extreme situations such as hostage taking. And he is an qualified police negotiator.

His uniform has been modified with stretchable areas to accommodate for his size-changing.

First thing that comes to mind is, inevitably, a 1966 song by Jacques Dutronc about the son of the Père Fouettard. But musically it goes for a minimalistic monotone contrasting with the weirdly memorable lyrics, so it doesn’t necessarily crosses cultural borders well.

But there was a later cover. It’s late 1990s Trashy Belgian Surrealism (it was thing) by Arno and Beverly Jo Scott, which inexplicably mashes up this song with Bowie’s “Jean Genie” until the two songs merge. It, too, was a thing.

Philippe Delisle is, at 38, one of the oldest field members of ESIGN. Born in Charente, he became a gendarme at 20, giving up law studies for which he was ill-suited.

He made it to sergent-chef very quickly. Some insinuated this was due to his father, an influential judge. But it was obvious that his great skills at management, his superior intelligence and his ability to quickly learn a great deal about complex subjects explained his promotions.

Delisle was constantly torn between his ambition — as he wanted to build something he could be proud of — and his bon vivantA sociable person who has cultivated and refined tastes especially with respect to food and drink enjoyment of alcohol, fine food, parties and powerful motorbikes. Thus, he joined the Gendarmerie’s pelotons motorisés (highway patrol) as a interception specialist riding a BMW R80RT  .

As an interceptor, Philippe soon developed a reputation for his tactical sense, seriousness and nerves of steel. However, his wife was worried about the risks her husband’s job entailed, and this drove a wedge in their marriage.

When he was 25, Delisle first experienced bursts of superhuman power. He randomly morphedImpossibly shifting into another form into a scary, deformed giant in spurts.

He was immediately put under medical observation. The ESIGN’s doctors developed a training and appraisal program for him to follow.

Delisle already had above-average firearms training (being the main organiser of his Gendarmerie target-shooting club) and reflexes. This made an abbreviated integration within ESIGN possible.

Marlène Delisle told her husband that if he’d join the high-risk ESIGN units she’d leave. He ended up signing anyway, and they remained estranged for years.

Philippe is a veteran of the current ESIGN team and one of the highest ranking officers in the field. Ironically, many members see him as something of a father figure.

A broad-shouldered man in his late 30s, with short hair. No matter how hard he works out, his body type always make him look like he has a bit of a paunch.

His facial features evoke nothing so much as a cunning peasant, a salt of the earth type.

Philippe is an intense man, driven to prove his worth as a leader and manager. He has a strong tendency toward taking charge. He’s frequently investigating fields he wishes to know more about, cross-training in various specialities.

A dedicated manager, he engenders solid loyalty from his personnel. He obviously cares and spend a lot of time with his staff, often turning them into friends.

He will immediately connect with anyone interested in one of his numerous hobbies – firearms, motorbikes, the law, fine food, fine wine, rock climbing, science fiction, conservative politics, French history…

Captain Delisle also has a quirky talent for spontaneously coming up with aphorisms. These sound impressive in the heat of the moment, but are actually complete nonsense. Those non sequiturs happen randomly, and will often result in friendly mockery from his troops. 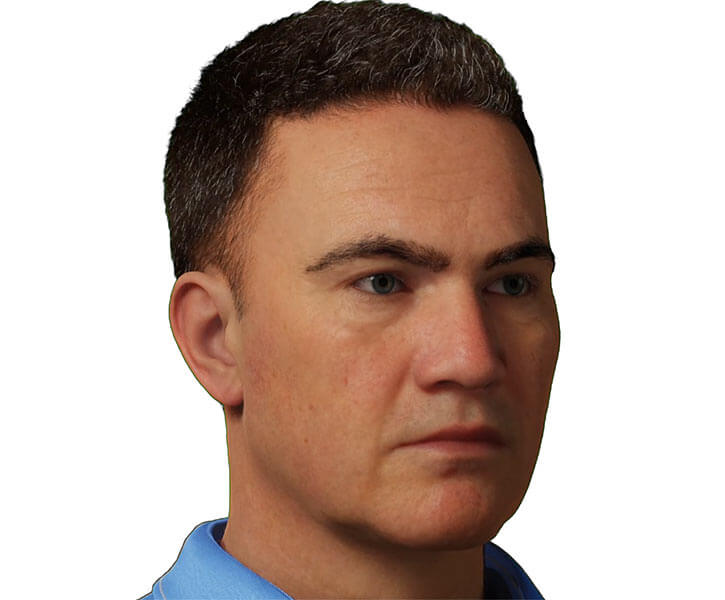 He is well-known in the French biker communities, being a part of many big biker reunions and rides. One of his bikes, a rare 1966 Munch Mammut  , is famous among connoisseurs.

However, his involvement with civilians goes beyond bikers. Delisle is a big believer in the Gendarmerie’s outreach efforts. Even as an ESIGN officer, he will take any opportunity to give safety speeches in schools, go to high schools to present careers in the Gendarmerie, work on joint procedures with firefighters, and the like.

In combat, he acts like a quarterback for the team. He will adjust his tactics as he adopts the “father figure” of a selected opponent and quickly learns what it can do.

Delisle is very private about his relationship with his own father. Only his psychiatrist and his mother are aware of what goes on between the two men. Both Delisle and his doctor believe that if the dirty laundry was aired, the gendarme might loose his own powers.

“Certes, mais il faut bien comprendre que si on était pas là, on serait ailleurs.”
“Indeed, but it is important for you to realize that, if we weren’t there, we would be elsewhere.” 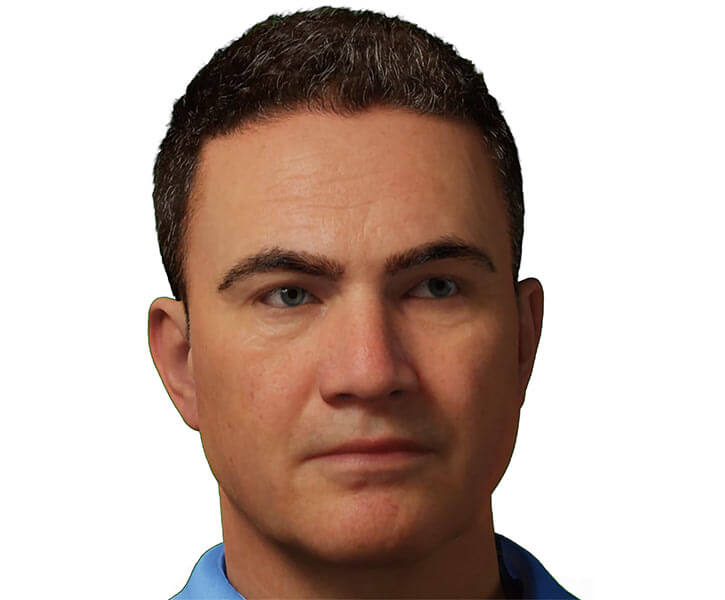