Pérez is a Mexican expert in natural medicines.

He wears the usual Warheads chest plate, boots and shoulder plates, a loincloth, and sometimes a poncho. His legs and upper arms are bare. He has dark skin, a goatee and locs. There’s a crucifix on his chest.

Pérez is a calm, rational man with a philosophical bent and strong environmentalist beliefs. Like most Kether Troops, he knows very little about the true nature of Mys-Tech. He hopes that the Warheads will one day find the technological or magical resources to save the Earth, and fights to advance humanity’s knowledge.

Kether Troops are mercenaries who plunder time and space for a cut of the profit. Their employer, Mys-tech, is a powerful British cabal made up of powerful mages. They have sold their souls to Mephisto in exchange for immortality. They also have swore to provide Mephisto with a steady stream of souls in order to gain knowledge.

Most Kether Troops do not know or care much about the terrible evil that is their employer. Most are lied to, and believe they work for an agency that wishes to protect humanity from various menaces. Many are just in for the money. The more deranged ones are in for the thrills.

Mys-tech has access to tremendous techno-magical power, including an excellent knowledge of what they call wormholes rifts through space, time and dimensions . While it is impossible for them to predict what is on the other side, they have an excellent success rate at sending people and gear through those rifts, and picking them back up when the rift inverts itself.

If there’s anything left to pick up, that is.

Kether Troops are under orders to grab any technological, magical or other resources they come across, and to compile as much information as possible. Their loot brings tremendous resources to Mys-tech.

However, Kether Troops have an extremely high attrition rate, due to the unpredictable and often hostile conditions they find on the other sides of the wormholes. A wormhole, for instance, could very well open inside a sun. That’s unlikely, but it’s entirely possible.

The best-known Kether Troop is known as the Warheads. While they have lost many members to innumerable dangers, they have an excellent survival and success rate… for Kether Troops, that is.

IIRC, Mys-Tech was destroyed during a big crossover when the Marvel UK initiative was cancelled. I didn’t take into account this crossover. However, the beautiful thing about Warheads is that they could appear in *any* campaign, probably at the worst moment for everyone. 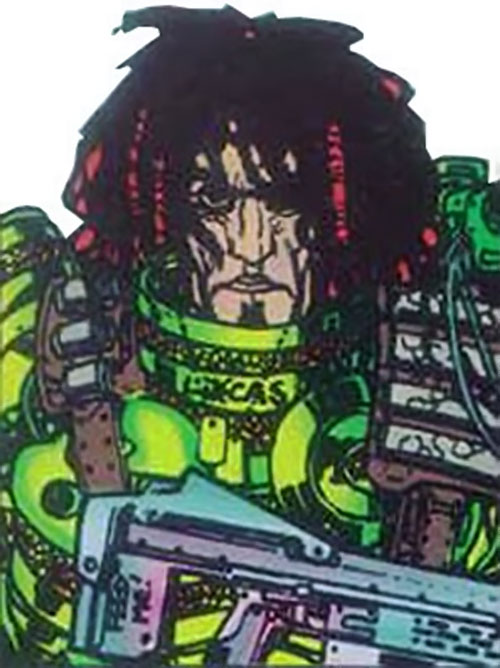