Peter Wisdom can generates what he calls “hot knives” from his fingertips. These are small plasma blades that he can fling with great accuracy or, occasionally, wield in melee. While these knives have been described as being as hot as the interior of a sun, they do not do *that* much damage. On the other hand they can cut heavily armoured opponents, such as Colossus.

Wisdom can routinely hurl several hot knives at the same time with great accuracy, whether at separate targets (in DC Heroes RPG terms, Multi-attack) or at one target (Critical Blow, Devastating Attack).

By shooting hot knives below him, he can also create a small thermal updraft sufficient to break his fall, even from an airplane (Gliding).

Peter Wisdom entered MI-6 (the British intelligence service) at a young age. He rose quickly by virtue of both his sharp mind and his ruthless nature. His mutant powers and considerable combat skills made him deadly on special missions.

Early in his career, Peter was involved with assassin Sari Saint Hubbins. However, he chose duty over romance when he uncovered Sari’s involvement in a plot to kill Queen Elizabeth.

Peter was eventually recruited into the top secret organisation Black Air. Black Air was a unit charged with executing the least savoury objectives of the British government. They dealt extensively in paranormal matters.

One of the last cases he worked on with a mission in Genosha along with Excalibur. The group was trying to prevent a civil war in the country between mutates  and humans. Meanwhile, Wisdom was after an unspecified objective.

He immediately had problems with everybody, especially with Kitty Pryde. And though he was supposed to just be an observer, Wisdom almost killed a mutate with his hot knives. Excalibur’s mission was a failure, but not Black Air’s. Black Air just wanted them to discover some secrets they could use later.

After that, Wisdom stayed for a while in Muir Island. Then he received a message from his only friend, who was in danger. As Kitty was the only one capable of piloting a plane to take him to England, she went with him.

The pair got involved in an operation called Dream Nails. It was related to the existence of alien beings and experiments with human and alien DNA in order to create an anti-mutant weapon.

Although they couldn’t save his friend, Pryde and Wisdom destroyed the base. They also stole intelligence. After that case, having discovered that Dream Nails was a Black Air operation, Wisdom resigned his post. This secret was too dark for his conscience to bear.

The many dangers he and Shadowcat faced, and Wisdom’s abrasive, strong personality caused the young woman to become attracted to him. This relationship was a bad move from the start, as it coincided with Colossus’ return. Colossus was the former lover of Pryde, and broke Wisdom’s spine.

Wisdom survived, but was confined to a wheelchair for some time. While Peter initially found it useful to toy with Kitty’s affections, he later came to actually care for her. Thus, he now felt guilty over his previous attitude. Still, Kitty realised that her feelings for Peter weren’t fully reciprocated. They broke off.

Peter has now left the Excalibur team. His past as an intelligence agent is returning to haunt him with increasing intensity. Sari Saint Hubbins has come back with a vengeance, and it is unclear whether Black Air is backing her vendetta or if she’s acting on her own.

Wisdom seemingly later died in San Francisco during an X-Force crisis. It was later learned that he had in fact faked his death to let the team find its own way.

Peter is a tall, dark-haired man of about 30. He always wear the exact same clothes : a black suit with a light, preferably white shirt, and a dark tie.

He once told Douglock he had 14 exactly similar suits so he could always dress the same and be done with it.

Wisdom hides a cold and callous heart underneath a flip exterior. The feelings Kitty Pryde had for him have weakened his defenses, but his first love remains Great Britain.

He is committed to giving his all for his country. Even if the intelligence secrets he has uncovered (notably a plan to use a savage extraterrestrial race who had killed their own god as a weapon against mutants) have caused him to doubt some of his fellow defenders of the Crown.

Wisdom is a harsh, resourceful professional with an abrasive, flippant behaviour. He uses large quantities of expletives, usually with a English colour. He plays *very* close to the chest, even with people he trusts.

“Open the bloody hatch, Kurt ! Scratch is mine !”

“I’m actually becoming a team player. Somebody shoot me…”

“Soldiers running past it, towards the tin Russian… hm. Maybe I should let them shoot him a bit first. Naaah. Kitty’d have me guts for garters if I was caught watching her ex getting shot. I was tempted, though, don’t think I wasn’t…”

Well, Wisdom was custom-tailored for Kitty (Pryde and Wisdom. Get it ?), but has now grown to become a full character in his own right.

AFAIK, nothing prevents using Black Air as a part of the DCU. Wisdom would probably still be a loyal agent of Black Air in this setting, since he’d have nothing to fear from the Crown’s secret anti-mutant assurances.

Bonuses and Limitations:
Wisdom suffers one less CS of penalties (both on OV and RV) when using Heat Vision for a Multi-Attack, Critical Blow or Devastating Attack (+2). 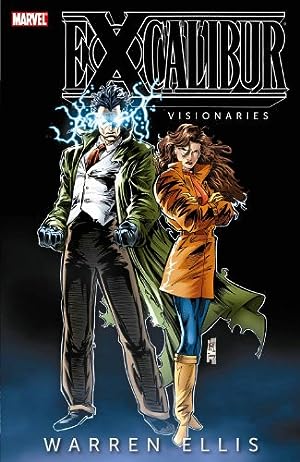