Le Fantôme de l’Opéra was one of Gaston Leroux’s thrillers, published in 1910.

Like most French genre novels back then, it had been originally published as a serial in a newspaper (specifically Le Gaulois). This melodramatic, pulpish  revenge story remains a classic, and has been adapted worldwide innumerable times in about every media.

This profile is based on the beautiful 2004 movie adaptation by Andrew Lloyd Weber.

Erik is a Renaissance man. He is well versed (and self-educated) in many and varied subjects, including but not limited to:

He uses his many talents to promote the idea that he really is a supernatural creature, and honesty, he has even the most skeptical inhabitants of the Opéra Populaire convinced. In the areas of music, composition, and vocal training, he is a True Genius.

He is also a trained fencer (though the Viscomte de Chagny turned out to be his better) and is strong enough to strangle a strong man with is bare hands. He is especially gifted at the ambush attack when he must kill. Inside the Opéra House he is almost literally a Phantom. He can go anywhere within, and neither walls nor locked doors can stop him.

Often ignored is his abilities as a master of disguise… Leading one to wonder why he never simply left the Opera and had a normal life. He certainly has sufficient talent in that area to roam about Paris without difficulty, and even Christine didn’t recognize him when he was disguised as her carriage driver.

Erik is a disfigured musical genius called “The Phantom,”. Tormented by his scarred face, the Phantom lives hidden in the watery labyrinths beneath Paris’ Opéra Populaire. After nearly ten years of quiet obsession with the delicate, ethereal voice of Christine Daaé and the beautiful young soprano herself, he plots to place his protégé at center stage.

Christine is caught between her love for Raoul, Viscomte de Chagny, a childhood sweetheart who has returned into her life, and her fascination and pity for the Phantom.

Jealous and possessive, the Phantom plots to make Christine his. He resorts to stalking her wherever she goes as well as killing several people including lead tenor Piangi. A swordfight later ensues in the cemetery, where Raoul eventually disarms him and is about to kill him when Christine pleads for him not to, “not like this.”

His rage seemingly augmented, the Phantom angrily states as Christine and Raoul walk away: “Now, let it be war upon you both.” During the night’s play, he steals Christine away and avoids the trap to be captured by Raoul and the managers.

After a series of tense, chaotic sequences, the Phantom imprisons Raoul, who attempts to save Christine. He threatens to strangle him to death if Christine does not choose the Phantom.

Struck by the desperation of his actions as well as a revelation of how dark his past must be, Christine kisses the Phantom. She displays her pity and compassion for him. Her kindness and the love in her eyes so deeply touches the Phantom that, ashamed of what he’s done, he allows Christine and Raoul to leave.

Just before she departs with Raoul on the boat, Christine approaches the Phantom. He helplessly tells her that he loves her, and gives him the diamond ring from her finger. Heartbroken, the Phantom begins to cry. Christine and Raoul row away singing to each other and Christine glances back at the Phantom.

After they leave, the Phantom then uses a candelabra to smash every mirror in his underground lair and he disappears behind a velvet curtain into an empty glass mirror portal, before the police arrive. Upon entering, Meg, the ballet mistress’s daughter, finds only the phantom’s white mask.

Phantom of the Opera. You Know.

“Slowly, gently, night unfurls its splendor. Grasp it; sense it – tremulous and tender. Turn your face away from the garish light of day, turn your thoughts away from cold, unfeeling light – and listen to the music of the night !”

(Singing to Christine) “Sing once again with me our strange duet. My power over you grows stronger yet. And though you turn from me to glance behind, The Phantom of the Opera is there, inside your mind. ”

“Stranger than you dreamt it, can you even bear to look, or dare to think of me ?… This lonesome gargoyle who burns in hell but secretly yearns for heaven secretly, secretly but Christine… fear can turn to love you’ll learn to see to find the man behind the monster this… repulsive carcass that seems a beast but secretly dreams of beauty secretly, secretly… ”

“I shall watch the performance from my normal seat in Box Five, which *will* be kept empty for me. Should these commands be ignored, a disaster beyond your imaginations will occur.”

“I gave you my music… made your song take wing… and now, how you’ve repaid me : denied me and betrayed me. He was bound to love you when he heard you sing… Christine… Christine… ”(weeps) “You will curse the day you did not do all that the Phantom asked of you !”

“Why, you ask, was I bound and chained in this cold and dismal place ? Not for any mortal sin, but the wickedness of my abhorrent FACE ! Hounded out by everyone ! Met with hatred everywhere ! No kind word from anyone ! No compassion anywhere ! Christine ! Why ? Why ? ”

Phantom: “That fate which condemns me to wallow in blood has also denied me the joys of the flesh. This face – the infection which poisons our love…. This face which earned a mother’s fear and loathing, a mask: my first unfeeling scrap of clothing. Pity comes too late, turn around and face your fate, an eternity of *this* before your eyes !”
Christine: “This haunted face holds no horror for me now… It’s in your *soul* that the true distortion lies…”

Phantom/Christine: (singing together) “Past the point of no return. The final threshold ! The bridge is crossed so stand and watch it burn… We’ve passed the point of no… return. ”

(Singing to Raoul) “Sir, I bid you welcome. Did you think that I would harm her ? Why should I make her pay for the sins which are YOURS ?”

“You alone can make my song take flight ! It’s over now, the Music of the Night…”

Unfortunately Erik and the Phantasm are very similar in M.O… But perhaps in the DCU Erik actually *is* a supernatural entity such as a sorcerer, a ghost, a Lord of Order, or even a member of the Endless who fell in love with a human.

Such a creature would not necessarily be so concerned with human life, and might dispose of a number of obstacles if trifled with… and would be a much nastier opponent for any super who was investigating the deaths at the Opera House.

Marvel already has a Phantom in the guise of Mysterio… I actually like the version on Spectacular Spider-Man who convinced people he was a sorcerer. The character doesn’t hold up well in a world of supers, but as a one-shot story it perhaps would work.

So: driven to murder by his love for a beautiful actress (Mary Jane Watson), Erik becomes the “sorcerer” Mysterio to try to win her love and defeat his rival for her affection, Peter Parker, and runs afoul of Spider-Man.

Erik, the Phantom of the Opera

The Opera House has been Erik’s playground and his Sanctum since early childhood… He knows its every turn and passage, every room, door, window, and especially its secrets.

This has a number of effects, but primarily it allows him the use of the “My Playground, My Rules” Schtick while within its walls. Erik has made use of, for example, secret trapdoors to escape even where there should be none, such as on the Grand staircase during the Masquerade scene.

He can use the Schtick to be able to enter any room in the Opera House, locked or not — and to quickly move from place to place almost as if by teleportation. He may even use it to leave the grounds or enter again on returning.

Erik is also a master of stage illusions and traps… Using the Schtick, he can place traps for pursuers or nosey individuals (As he did for both Raoul and for Joseph Buget), or redirect people away from his lair with secret doors (Raoul again), intimidating illusions, or mechanisms (Meg Giry).

He doesn’t necessarily have to know he is being followed to make use of them. On at least one occasion he has used his knowledge of its secret ways to set up a Blindside attack, but that is covered by his Blindside Adept Schtick.

A secondary use of this ability allows him to treat the Opera House as if it were a Rich Relative, temporarily gaining a boost to his Wealth for most purposes… He can make use of any of its costuming, disguise and makeup, or construction supplies at will.

Though presumably he would also know where the box office receipts are kept, Erik is not a common thief, and wouldn’t simply take cash to purchase what he needs… He should always come up with a creative way of putting together what he requires.

Always keep in mind that to Erik, the Opera House is *his*. Any attempt to investigate its secrets or make changes to it without his approval is to invite the Phantom’s Wrath. And his wrath can be lethal… 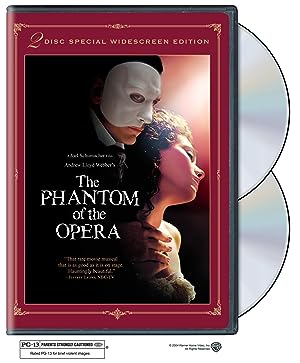 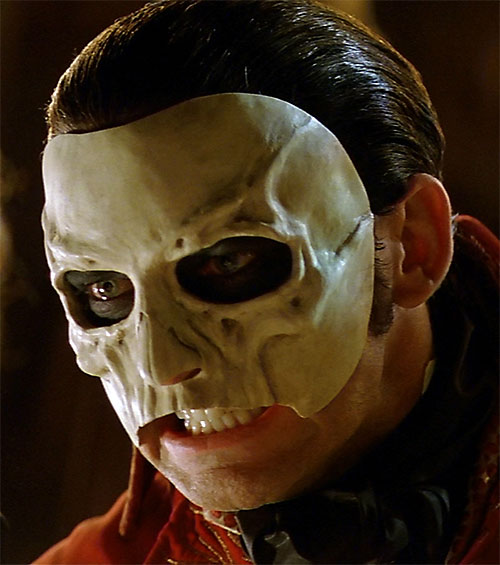 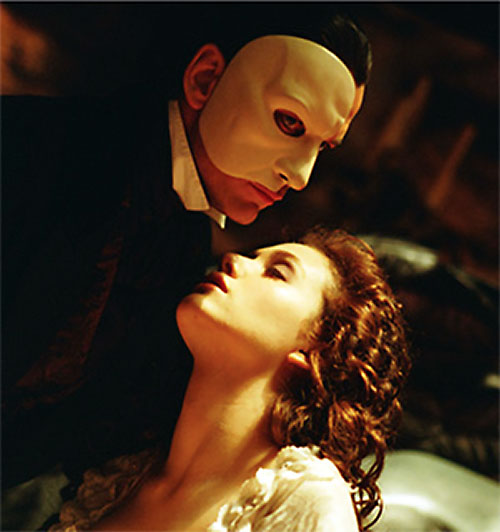 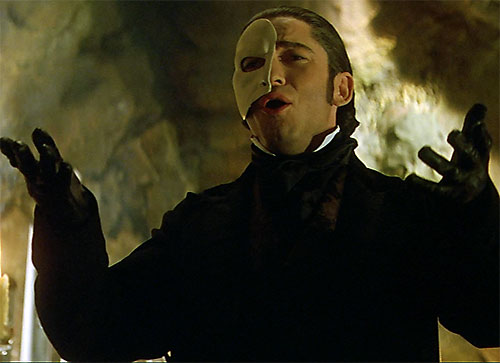 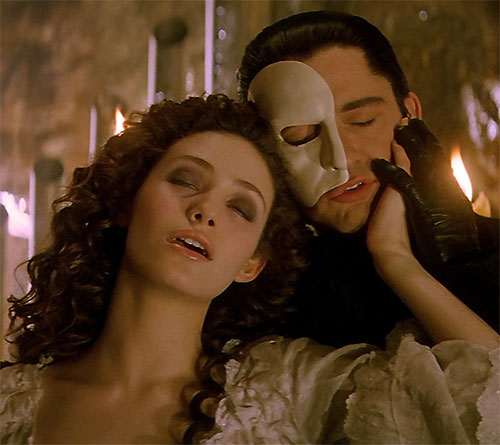 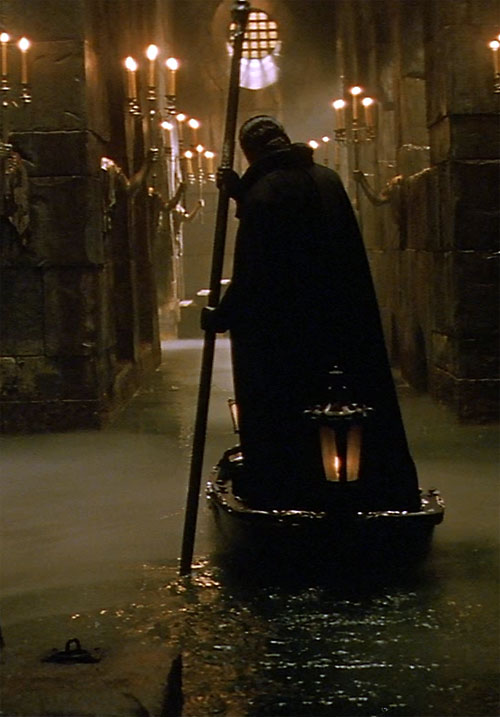