The Troubadour is quite athletic, and robust enough to take a punch from 1940s Namor. He could set his lute (which may have been a mandolin. Or maybe a guitar) to explode, and throw it at opponents to cover his retreat.

Larnum, a professional musician and composer, was part of a quartet. When a boat he and his colleagues were on sunk in an accident, he was thought dead. He actually got out alive, finding refuge on a desert island and surviving on his own for years. Apparently, he went rather mad during this time.

Larnum eventually made his way back. Hhe discovered that the other former members of the quartet had become famous, successful musicians. In Larnum’s opinion they owed much of their success to the use of a masterpiece he had composed shortly before his reported death, Death in Venice.

The mandolin-mastering murdering musical maniac dressed up as a… colourful troubadour for unrevealed reasons. He then recruited some gunsels and lowlives, and went on the warpath. He intended to murder the three other musicians in quick succession.

Namor and Namora stumbled on the first murder and gave chase. Though they couldn’t prevent a second death, they stopped the Phantom Troubadour before he could murder the third performer.

The Phantom Troubadour is obsessed by the fact that his former colleagues “stole” his fame and his music, and that he should have been a great musician and a genius composer had fate not robbed him. He cares for nothing else (though he has to steal stuff to keep his gunsels paid) but his maniacal revenge over imagined slights.

Otherwise he was a typical 1940s antagonist, though a bit heavier on quips (music-related, of course).

“Behold ! My musical signals called forth these charming gentlemen ! And they will soothe the savagery from your souls ! Farewell !”

“The original music sheets for Brosch’s piano concerto should be worth a fortune ! I care not for such trifles – but it will please the greedy fools who serve me !”

Most antagonists in Namor and Namora stories are indistinguishable from, say, then-contemporary Batman villains. The most straightforward thing would be to turn them into villains for the Golden Age Aquaman.

The Troubadour of Terror 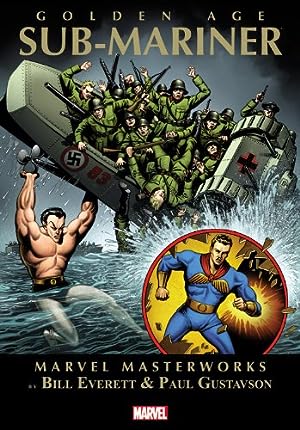 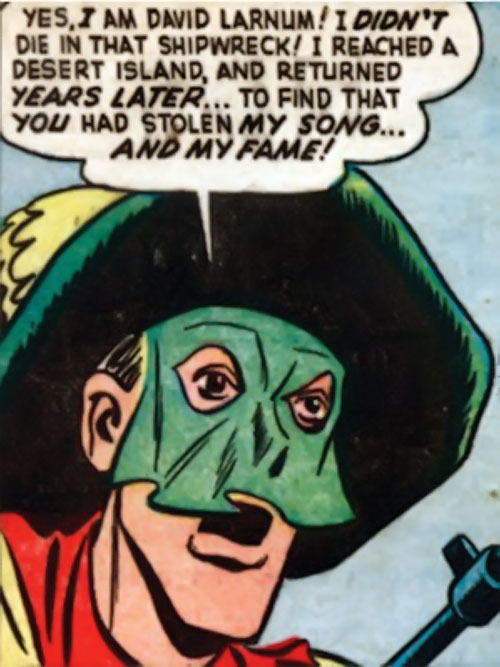 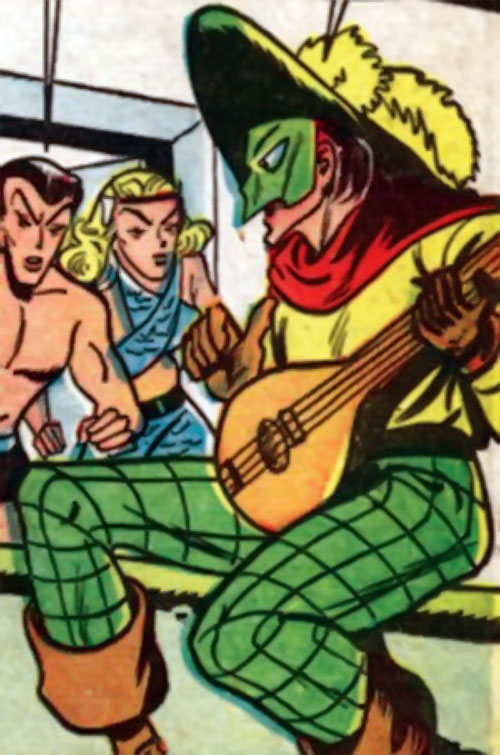