*This* Photon (no relation to Genis Vell, or to the Centauri space adventurer, or to Monica Rambeau) may be the least remarkable one. He’s a stock baddie who appeared but once in 1977.

But he has simple abilities that work, and a simple look that works. As long as you’re firmly in a Bronze Age  aesthetics mindset, of course.

While he possesses no powers, Dean is a skilled marksman with his Photon gun.

He uses a suit and gun provided to him by the Maggia. The suit enhances his strength and durability, and the gun projects various kinds of energy, including heat beams and hard-light blasts.

Dean said that the suit gave him the strength of 15 men. Observed performance was markedly higher than that – at least “Class 15” and probably in the 20-25 range.

An agent of the Maggia, Dean somehow acquired the Photon suit and gun. He used them to carry out his organisations bidding.

Dean is sent to try and buy the latest invention of renowned scientist, Dr. Ralph Rider. Also bidding for the invention, a transistorized nuclear device, are an unscrupulous businessman, Franklin Risk, and an agent of AIM, Harry Daze.

When he realises that Rider has no intention of selling it, planning to give it to the government, Dean gets into costume and kills Rider. Unable to locate the invention, Dean changes back to his civilian clothes. Then he rushes to the nearest police station to report the murder, pretending that he was injured by the intruder. He returns to the mansion with the detective. 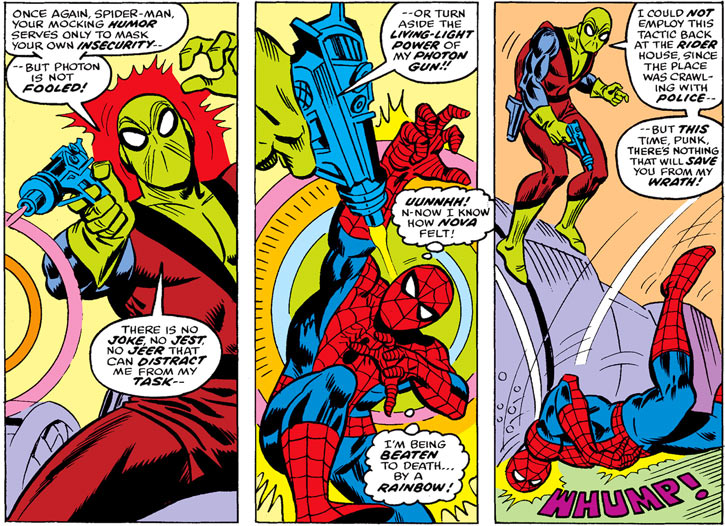 The police refuse to let anyone leave. Things are soon complicated when Nova and Spider-Man appear, and begin investigating the murder themselves. When the buyers’ connections are discovered they make good on an opportunity to escape.They flee together to Daze’s rendezvous with AIM troopers, at a nearby lighthouse.

Nova and Spider-Man catch up to them, and get embroiled in a battle with the AIM troopers. This allows Dean time to get into costume. He uses the distraction to catch subdue the pair. They are than tied to an anchor, and dropped into the sea.

While the AIM agents get in a gun fight with the police, Dean sneaks into the house, to try to find the invention. But he is again confronted by Nova and Spider-Man, who manages to beat him this time.

Dean is a professional, who avoids taking risks if he can help it. He will only enter combat if he has no other option, or if he believes he can easily win.

“Fools ! One of you saw me. One of you knows who I am. That man must die for Photon to survive !”

“Your ridiculous witticisms show you for the dolt you are, web-slinger !”

“Your over-enthusiastic partner in unconscious, wall-crawler, and Photon will soon send you to join him — on the road to oblivion !” 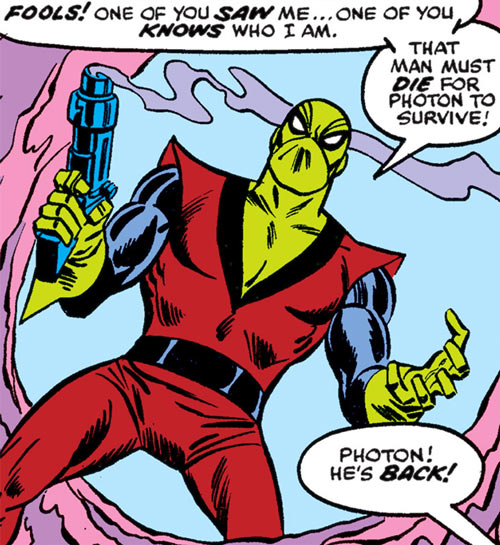 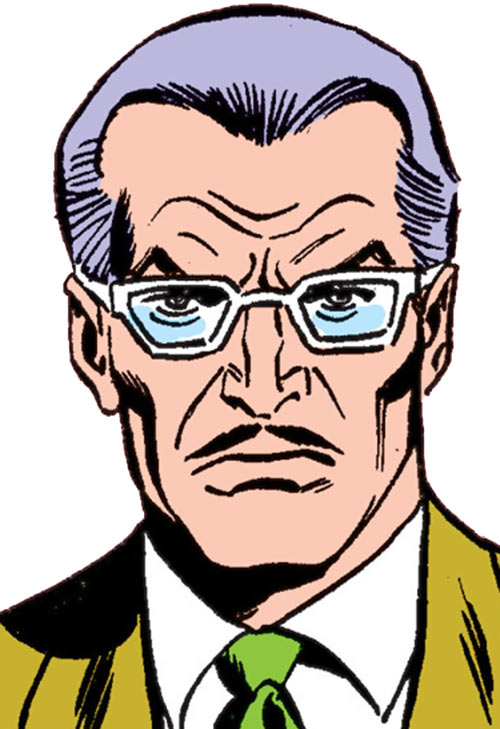