These blokes are part of the opposition. Like, opponents.

Pig cops are big and tough, with a big shotgun. They sometimes use speciality vehicles.

Pig cops are members of the LAPD, who were mutated by the aliens during an invasion in order to kill the remaining humans in LA. They got their arses kicked by Duke Nukem, obviously. Hail to the king, baby.

Though it was hard to see with the resolutions back then, the inscription that looks like “L.A.P.D.” is actually “L.A.R.D.”.

They’re aggressive, brutal bastards. I mean, more than before.

Skills:
Weaponry (firearms, heavy): 04. Those trained for it have Vehicles (land or air) at 04. 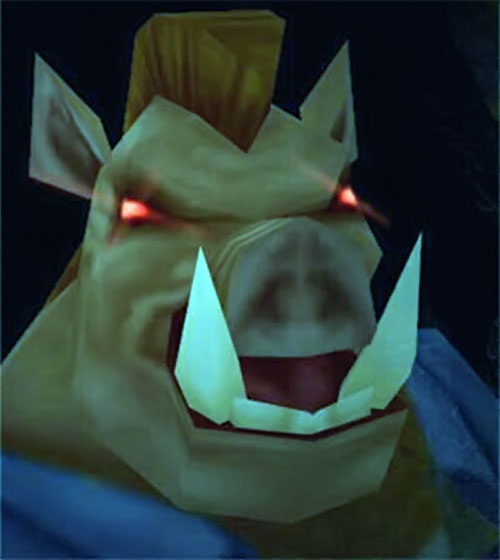 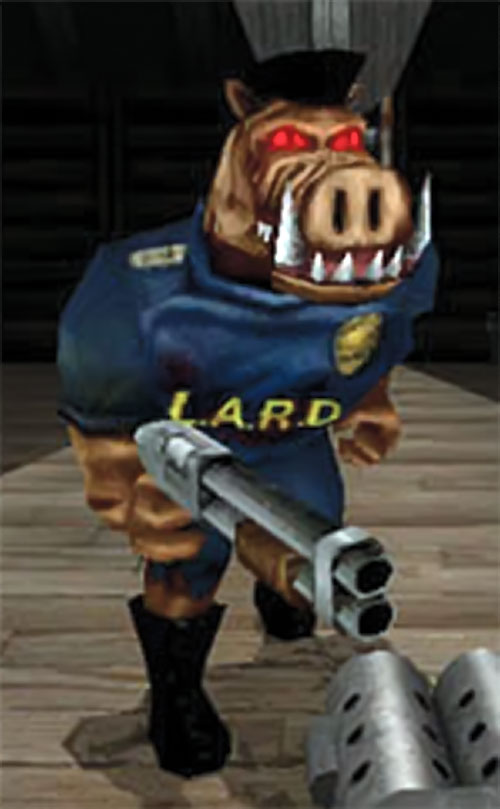 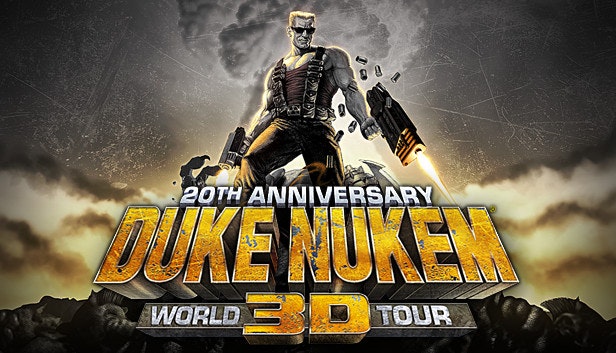 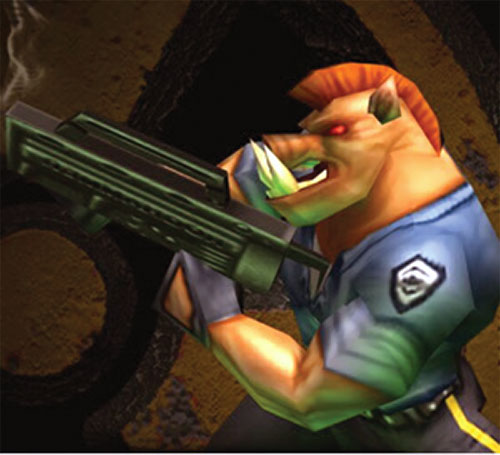 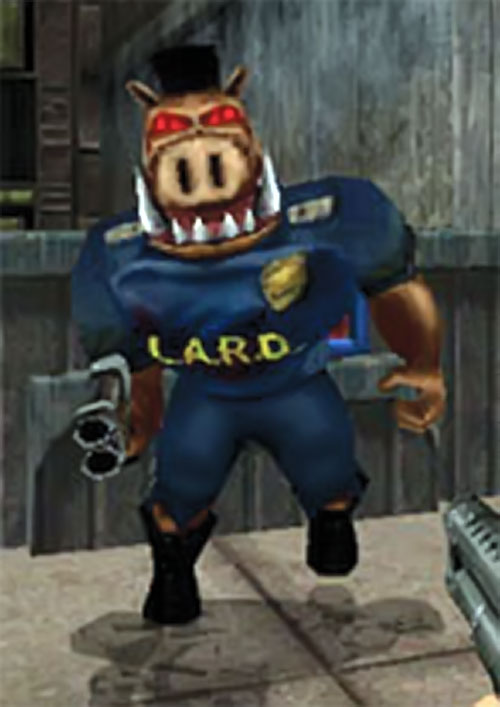 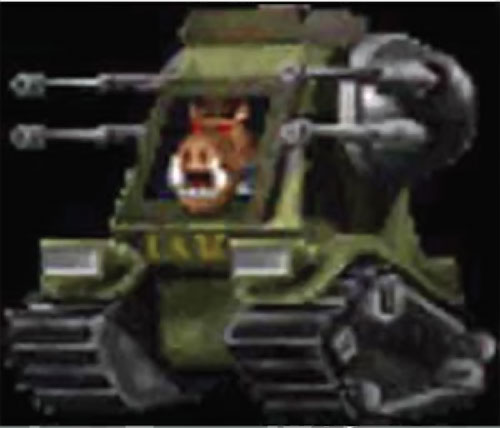