Pikara possesses no superhuman ability. He is however extremely tough and well schooled in street combat. He has a penchant for sneak attacks.

He demonstrated a knowledge of demolitions and some tracking skills.

Mercenary Z. Pikara gained a reputation for cruelty. He is considered a blot on the profession by most other bounty hunters.

He will take any job. He does not care who or what gets destroyed or maimed in the course of his activities.

Pikara has apparently had more than one run-in with Manhunter (Mark Shaw).

Pikara dresses in a yellow jumpsuit with brown boots and trim. His “costume” has a couple pouches that presumably holds explosives.

He carries a bat and a knife.

He is almost completely bald, save for a tuft of hair at the back of his head.

Zeke Pikara is a cruel, hard man. He likes to manhandle women and is without any remorse.

He is a semi-licensed animal that no one in the “business” will work with. 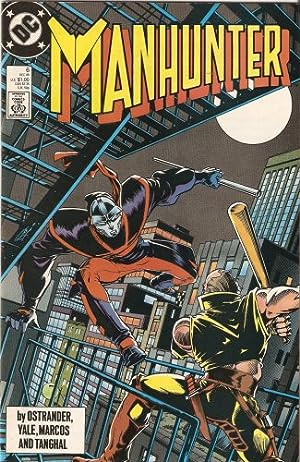 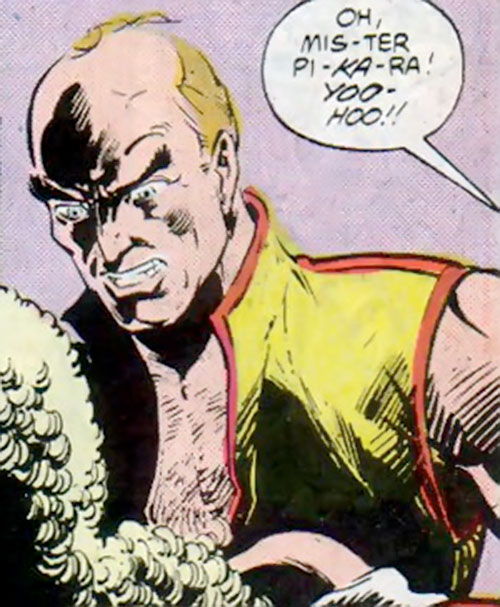